Stage Left Theatre presents a revival of A Day in the Death of Joe Egg by Peter Nichols January 11– February 16, 2014 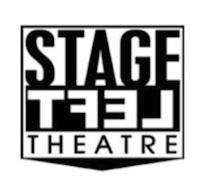 Brian and Sheila always make the best of a bad situation—he cracks jokes, she plays the caretaker. But after ten years of raising their severely disabled daughter, Josephine, Brian and Sheila’s best isn’t quite good enough. A British classic not seen in Chicago for over 20 years, A Day in the Death of Joe Egg is a highly theatrical, heartbreaking, and hilarious look at the love that brings people together and the strains that rip them apart.

A Day in the Death of Joe Egg was first in staged in 1967 at the Citizens Theatre in Glasgow, Scotland, before transferring to London’s West End in 1968.  The following year, that production transferred to Broadway, where it received four Tony Award nominations — Best Play, Best Actor (Albert Finney), Best Featured Actress (Zena Walker, who won) and Best Director (Michael Blakemore). The play has been revived twice on Broadway. A 1985 revival directed by Arvin Brown at the Longacre Theatre ran for 93 performances. It won both the Tony Award for Best Reproduction of a Play and the Drama Desk Award for Outstanding Revival, as well as earning four more Tony nominations — Best Revival (won), Best Actor (Jim Dale), Best Actress (Stockard Channing, who won) and Best Featured Actress (Joanna Gleason).  A 2001 revival on London’s West End starred Clive Owen and Victoria Hamilton and was directed by Laurence Boswell. The same production opened on Broadway in 2003, starring Hamilton and Eddie Izzard, at the American Airlines Theatre and played for 69 performances. It was nominated for four Tony Awards – Actor, Actress, Director and Revival.  Nichols has twice adapted the play for the screen, first in 1970, and again in 2002.

In line with our mission to raise social and political debate, Stage Left offers patrons a Symposium Series for every production.  Immediately following each Sunday matinee, we will invite the audience to stay for a discussion centered on a particular question raised by the performance.  Admission to the Symposium Series is free, but it is recommended that attendees have seen the production in order to fully appreciate and participate in the discussion.  A Day in the Death of Joe Egg  raises debate about health care and quality of life issues.

Peter Nichols was born in Bristol in 1927 and educated there at the Grammar School and Old Vic Theatre School. After National Service in India, Malaya and Hong Kong, he was an actor in repertory and television for five years, then a teacher in London schools. He has written some twenty original plays and adaptations for television, six feature films and the stage plays A Day in the Death of Joe Egg, The National Health, Forget-Me-Not Lane, The Freeway, Chez Nous, Privates on Parade, Born in the Gardens, Passion Play, Poppy, and A Piece of My Mind. These have won four Evening Standard Awards, a Society of West End Theatres Award for Best Comedy and two Best Musical Awards. Nichols was resident playwright at the Guthrie Theater, Minneapolis, where he co-directed The National Health. He has also directed revivals of Joe Egg and Forget-Me-Not Lane at Greenwich and the first production of Born in the Gardens at Bristol. The 1985 Broadway revival of Joe Egg won two Tonys. Feeling You’re Behind, a book of memoirs, came out in 1984.

Greg Werstler’s most recent Stage Left directing credit was last season’s world premiere of Impenetrable, which he also directed in Leapfest 7 when it was titled The Face of a Ruined Woman.  Other Stage Left credits include The Eight: Reindeer Monologues, and After Ashley on the mainstage, Blue/Whitney in Leapfest 10 and Ruby Vector in LeapFest 6. Greg has worked as a theater administrator and director in Chicago for more than 15 years. He is the Director of Creative Sales and CFO of ComedySportz Chicago. Other directing credits include Rumors and Loveliest Afternoon for Eclipse Theatre Company, Voice of the Prairie and The Eight for Dolphinback Theatre (of which he was a founding member), A Midsummer Night’s Dream for Equity Library Theatre and Angels in America at Lake Forest College.

Founded in 1982, Stage Left Theatre is committed to developing and producing plays that raise debate and challenge perspectives on political and social issues. Through a full subscription season and our new play development program Downstage Left, Stage Left strives to ask provocative social and political questions by producing a mix of new works, regional premieres and timeless classics.

¨    Principal Principle– Armed with her dreams of changing the world and six weeks of training, Kay quits her corporate job to teach English in a Chicago public high school. She arrives to find that the copy machine, the system, and the spirits of her fellow teachers are all broken. Or are they? A dark comedy of academic intrigue, Principal Principle is a world premiere by playwright and former CPS teacher Joe Zarrow that takes a peek at the politics behind the closed doors of the teachers’ lounge