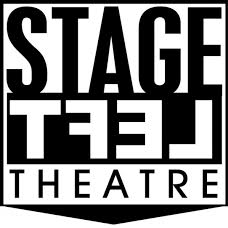 Drekfest is on a mission to expose bad writing for what it really is: damn funny. We are not out to make fun of writers or those who love them. We are asking good writers to intentionally write awful plays so that we may laugh at them. We are ashamed to announce the four finalists for Drekfest 2016, four plays so bad that we weep for the future:

The Chicago Style, Or, Once A Woman Hurt Me, Then I Found A Different Woman
by Beth Hyland

The finalists were chosen through a blind submission process by a panel of drunken Stage Left ensemble members. They will be performed as staged readings on: Tuesday, August 16, 2016, 7:30 pm at The CSz Theatre, 929 W. Belmont Ave. Tickets are $15 and are available at stagelefttheatre.com or by calling 773-883-8830. The theater is handicapped and CTA accessible via the Belmont El (Red & Brown).

Cash prizes will be given to all four finalists, as well as other highly coveted honors for the truly terrible.

2015: “Moths” by Conor Woods
2014: “Dragons in America: A Fantasia on the Theme of How F**kin’ Awesome Dragons Are” by Jonathan Baude
2013: “F*** You Janine: A Play Ruined by My Ex, Like Everything Else in My Life”  by Peter Papachronopoulos
2012: “Abortion Carnival of the Juggalos: by Jake Lindquist
2011: “A Fist Before Dying” by Jamie Campbell
2010: “Man Vs. Carp: An Environmental Tale Exploring Mostly, but not Exclusively, the Themes of Tolerance, Immigration, Conservation, and a General Understanding of the Problems Going on in the World Today” by Jake Lindquist
2009: “’SCARECROW’ OR SOME SHIT, CALL IT WHATEVER YOU F***ING WANT, I
DON’T CARE. A F***ing Harsh Play About Scarecrows and Killing Bitches” by Randall
Colburn
2008: “The Frenzied Beating of the Jungle Tom-Toms Once More, Once More” by Rob Kozlowski
2007: “Wilhelm Ferguson, Nationally Renowned Playwright, in the Midst of the Production of his Holocaust Play The Holocaust, Falls in Love with a Wheelchair-Bound Vietnam Veteran with AIDS, Whose Name Remains Unknown, Like So Many Others Like Him” by Rob Kozlowski

Founded in 1982, Stage Left Theatre is committed to developing and producing plays that raise debate and challenge perspectives on political and social issues. Through a full subscription season and our new play development program Downstage Left, Stage Left strives to ask provocative social and political questions by producing a mix of new works, regional premieres and timeless classics.

ABOUT THE CSz THEATRE:

The CSz Chicago (www.cszchicago.com) is an improv-comedy entertainment and business services company. We provide smart, fast comedy in our theatre and on the road; and we use the fundamentals of improv to provide creative business solutions. Our theatre products and services include live shows in our theatre, improv training for life and work, and hosting events for small to large groups. Our creative business services include: customized corporate workshops and individual skills training; a traveling ensemble for private and hospitality events; talent/spokespeople for consumer events, trade shows and guerilla/street marketing; and other innovative, improv-based business solutions.