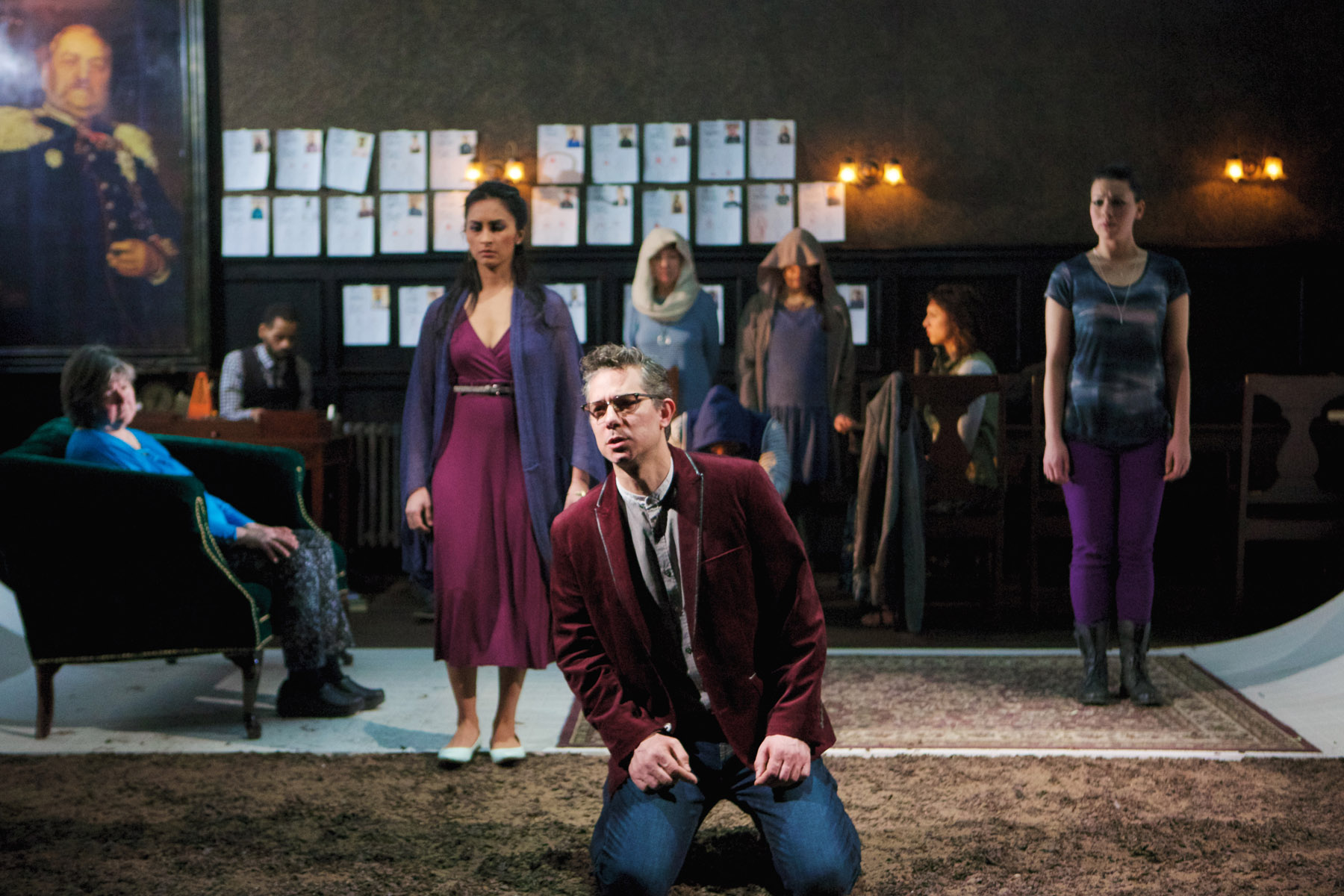 Ancient Greece looks suspiciously similar to the present day in the hands of world-renowned poet and MacArthur Genius Anne Carson (The Autobiography of Red). Antigone has lost two brothers but by law can only bury one. She takes a stand for her beliefs, pitting morality against patriotism, and in doing so starts a series of events that threaten the newfound national peace. It’s one of the most famous myths of all, told and re-told for more than two thousand years, but what use is a cautionary tale if no one heeds it? Carson’s biting and thrilling free translation brings Antigone to new light and casts unexpected shadows on issues of loyalty and family.

Tickets: Previews: $10 in advance or pay-what-you-can at the door. Regular run: $20 –  $30.  Students/seniors/industry: $5 off all performances. Tickets are currently available at www.victorygardens.org, by calling (773) 871-3000 or in person at the Victory Gardens Box Office.

Anne Carson is a poet, essayist, translator, playwright and classicist. With her background in classical languages, comparative literature, anthropology, history and commercial art, Carson blends ideas and themes from many fields in her writing. She frequently references, modernizes and translates Greek mythology. She has published more than a dozen books, all of which blend the forms of poetry, essay, prose, criticism, translation, dramatic dialogue, fiction and non-fiction.

Anne Carson’s translation of Sophokles’ Antigone will premiere in February 2015 at Théâtre National du Luxembourg, in collaboration with the Barbican in London, starring Juliette Binoche and directed by Ivo van Hove; the production will go on to tour London, Paris and New York. Anne is also currently collaborating with Simon McBurney on the cult classic Autobiography of Red. Classic Stage Company produced three of Carson’s translations: Aiskhylos’ Agamemnon; Sophokles’ Electra; and Euripides’ Orestes (as An Oresteia), in repertory, as part of their 2008/09 season.

Works include: Red Doc>; Antigonick; Nox; If Not, Winter: Fragments of Sappho (translation); The Beauty of the Husband; Men in the Off Hours; Economy of the Unlost; Autobiography of Red; Plainwater: Essays and Poetry; Glass, Irony and God; Eros the Bittersweet: An Essay; Decreation: Poetry, Essays, Opera; Grief Lessons: Four Plays by Euripides (translation). Carson is a MacArthur Fellow; she has received the Lannan Prize, the T.S. Eliot Prize, the Pushcart Prize, and was an Anna-Maria Kellen Fellow at the American Academy in Berlin, Germany, Fall 2007.

Jonathan L. Green has directed, assisted and dramaturged for Sideshow, Lookingglass, Steppenwolf, Goodman, Chicago Dramatists, Theatre Seven of Chicago, Pavement Group, Live Arts and the Earl Hamner, Jr. Theatre. Recent projects include Stupid Fucking Bird, The Golden Dragon, Idomeneus (Jeff Award for Best Ensemble), The Gacy Play, Midway Liquors, Heddatron, Theories of the Sun, Medea With Child, Everything Freezes: another winter’s tale, Dante Dies!! (and then things get weird) and Mud.  Jonathan is a graduate of the University of Virginia, currently serves on the board of directors of the League of Chicago Theatres, and is the literary management associate for Goodman Theatre.

From its first production, 2008’s Dante Dies!! (and then things get weird) to its recent critical hit Stupid Fucking Bird to its Jeff Award-winning productions of Roland Schimmelpfennig’s Idomeneus (named one of the best plays of 2012 by Time Out Chicago and the Chicago Sun-Times) and Elizabeth Meriwether’s runaway robotic hit Heddatron at Steppenwolf Theatre, Sideshow has consistently produced engaging, transcendent works across Chicago. Sideshow continues its multi-year residency at Victory Gardens in the historic Biograph Theater in the 2014/15 season.

Sideshow also produces the Chicago League of Lady Arm Wrestlers (CLLAW), a wildly popular interactive fundraising event that benefits Sideshow Theatre Company and other local charities. CLLAW has been featured in local and national press, including The Washington Post, Reuters, Penthouse Magazine and the Chicago Sun-Times and on WGN Morning News, ABC 7’s Windy City Live and CBS 2. The next CLLAW match is Saturday, July 18 at 10 pm at Logan Square Auditorium, 2539 N. Kedzie Ave. in Chicago. For more information about CLLAW, visit www.cllaw.org.