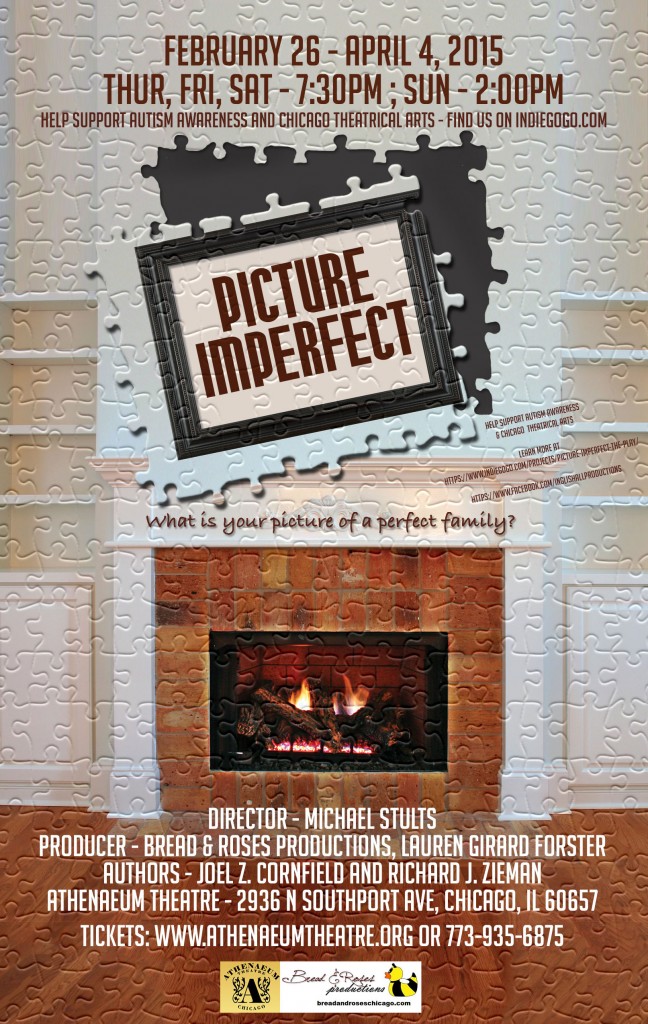 Playwright JOEL Z. CORNFIELD discusses his new play PICTURE IMPERFECT which is having its World Premiere at Chicago’s Athenaeum Theatre.

The Athenaeum Theatre and Bread & Roses Productions in association with Inglis Hall Productions and Suzanne M. Gray, are proud to announce the World Premiere of PICTURE IMPERFECT, previewing on February 28, opening on Thursday, March 5 at 7:30 p.m., and running through April 4 at The Athenaeum Theatre, 2936 N. Southport Ave. Directed by Michael Stults and written by Joel Z. Cornfield & Richard James Zieman (THE LAST GAME at Stage 773 and THE LAST HAND at The Athenaeum Theatre), PICTURE IMPERFECT tells the story of a single mother and the impossibly conflicted decisions she must make.

Abandoned, impoverished, and haunted by past mistakes, Mary battles an unforgiving system as it moves in painful, inexorable steps to take her beloved autistic son, Cole. In a frantic attempt to alter fate to protect Cole, Mary seeks to re-create the ‘perfect family’ she believes she once had. This World Premiere play about hope and redemption, guilt and misperceptions is based on true life incidents. Any parent will see themselves fighting alongside Mary as she desperately tries to save her autistic child.