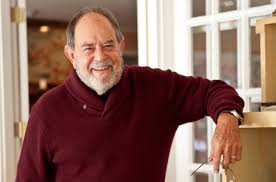 Theatre and film icon Laurence Luckinbill discusses his one man show, TEDDY TONIGHT! which delves into the complicated and storied life of President Theodore Roosevelt.  Mr. Luckingbill also talks about his amazing career including the ground-breaking play and film THE BOYS IN THE BAND and memories of working with Leonard Nimoy.  TEDDY TONIGHT! plays the McCallum Theatre in Palm Desert, California, Thursday, March 19, 2015 at 7pm.

Tickets are priced at $65, $45, $25 and $15 and are available at the Theatre’s web site at www.mccallumtheatre.com or by calling the McCallum Theatre box office at (760) 340-ARTS. The McCallum Theatre, located at 73000 Fred Waring Drive, Palm Desert CA 92260, accepts payment by cash, personal check, VISA, MasterCard, Discover and American Express.

Through the generosity of Helene Galen, the McCallum Theatre presents Teddy Tonight! starring Laurence Luckinbill for one performance on Thursday, March 19, at 7:00pm. Emmy-winning and Tony nominated actor-writer Laurence Luckinbill, who has crafted solo plays about Lyndon Johnson and Ernest Hemingway, performs his one-man show on Theodore Roosevelt, Teddy Tonight! Set in July 1918, former President Roosevelt is preparing to take on President Woodrow Wilson when he receives word that his son is missing in action.

Laurence Luckinbill has achieved extraordinary success as a stage, film and television actor, as a writer, a teacher, and as the founder and producer of a non-profit New York theater company. His acting career extends through theater, television and motion picture and has ranged from soap operas to a Tony-nominated role in the play The Shadow Box (1972) and to a co-starring role as Sybok in Star Trek V: The Final Frontier (1989).

Born in Fort Smith, Arkansas, Laurence earned a B.A. in Science and Humanities from the University of Arkansas and an MFA in Playwriting from The Catholic University of America.

Laurence is the founder of The New York Actors Theatre and a charter member of The Great Lakes Shakespeare Festival, The Lincoln Center Repertory Company and The American Conservatory Theatre.

During the Kennedy administration, Laurence served in the U.S. Foreign Service for two years, in Africa and Italy, as director, producer, actor and lecturer on American Theatre and Culture. In 1965, he was invited to become an officer of the United States Information Agency.

As a journalist, Laurence has contributed articles to Esquire, Cosmopolitan, The New York Times, The Los Angeles Times, The Burlington Record and American Theatre Magazine, among others.

His many movie roles include Cocktail; Star Trek V: The Final Frontier; The Boys in the Band (reprising the role of Hank which he originated on the stage); Such Good Friends; Messenger of Death; Not for Publication and The Promise.

Laurence’s own multi-media production company has produced two CDs – Lucy & Desi: The Scrapbooks, Volume I and, with his wife, Lucie Arnaz, How to Save Your Family History: A 10-Step Guide. He has written a series of interactive multimedia stories for CDs entitled Adventures in Hyperhistory, with the aim of engaging audiences in history’s human stories through the use of original dramatic video scenarios with continuing characters, combined with a unique hypertext research engine.

On the stage, Laurence’s talent has been recognized with a Silver Gavel Award and a Drama Desk Award nomination as a writer and performer for Clarence Darrow Tonight. Earlier, he won a New York Critics Circle Award in 1970 for The Memory Bank and was a Tony nominee in 1978 for The Shadow Box. His roles on Broadway include Cabaret; A Fair Country; Chapter Two; Tartuffe; and A Man for All Seasons. Off-Broadway, he’s appeared in The Boys in the Band; The Memory Bank; The Fantastiks; and What the Butler Saw, among others. Additionally, he has toured nationally in They’re Playing Our Song and I Do, I Do. He has written and performed in several one-man shows including Hemingway; Teddy; and An Evening with Clarence Darrow. He has performedLyndon numerous times, including a schedule at the LBJ Museum in Austin, Texas.

Laurence has started in many television films and television series, including “Law & Order,” “Barnaby Jones,” “Columbo” and “Murder, She Wrote.” He won an Emmy as Writer and Executive Producer in 1993 for NBC’s “Lucy & Desi: A Home Movie”.

Through the generosity of Helene Galen, the McCallum Theatre presents Teddy Tonight! Starring Laurence Luckinbill, on Thursday, March 19, at 7:00pm. Tickets are priced at $65, $45, $25 and $15 and are available at the Theatre’s web site at www.mccallumtheatre.com or by calling the McCallum Theatre box office at (760) 340-ARTS. The McCallum Theatre, located at 73000 Fred Waring Drive, Palm Desert CA 92260, accepts payment by cash, personal check, VISA, MasterCard, Discover and American Express.