Musical theatre’s most prolific composer, Stephen Schwartz discusses his amazing career including his newest project, Schikaneder, directed by Trevor Nunn, which has its premiere last weekend in Vienna.   Mr. Schwartz also gives us a progress report on the film version of Wicked, The Hunchback of Notre Dame and as his take on the latest revivals of his stalwart’s Pippin and Godspell.

The award-winning composer and lyricist of “Wicked” and contributor to Disney’s “Pocahontas” and “The Hunchback of Notre Dame” will appear in Defying Gravity: Stephen Schwartz and Friends at the McAninch Arts Center, 425 Fawell Blvd. at College of DuPage Friday, Oct. 7th, 8 p.m. 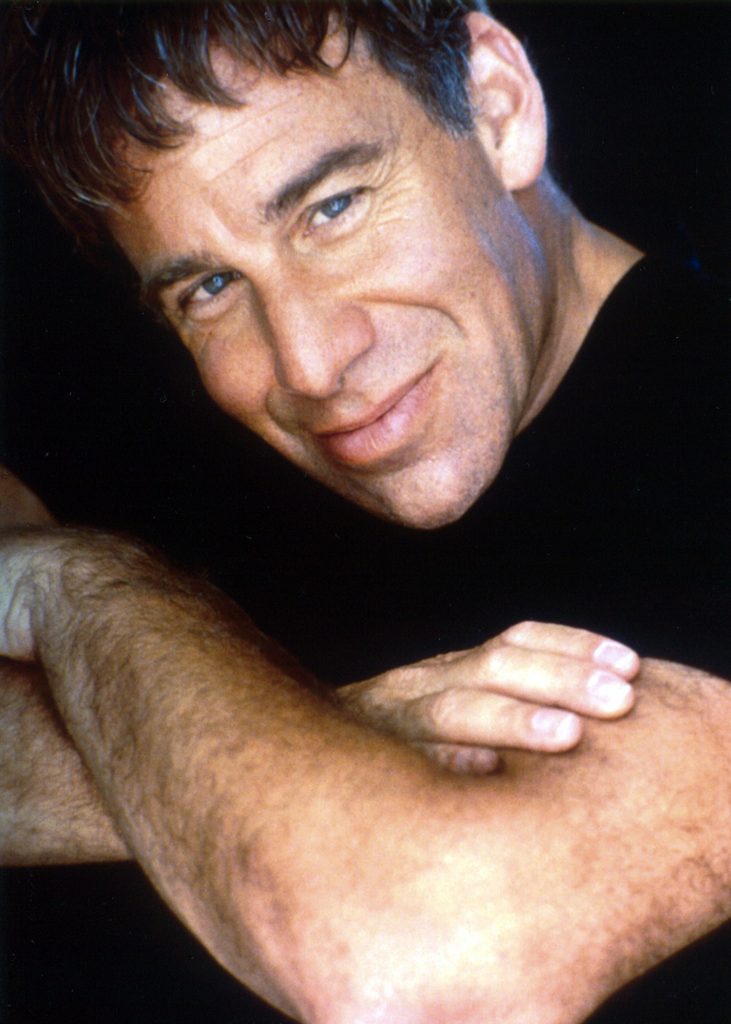 Stephen Schwartz was born in New York City on March 6, 1948. He studied piano and composition at the Juilliard School of Music while in high school and graduated from Carnegie Mellon University in 1968 with a B.F.A. in Drama. Upon coming back to live in New York City, he went to work as a producer for RCA Records, but shortly thereafter began to work in the Broadway theatre. His first major credit was the title song for the play BUTTERFLIES ARE FREE; the song was eventually used in the movie version, as well.

In 1971, he wrote the music and new lyrics for GODSPELL, for which he won several awards, including two Grammys. This was followed by the English texts in collaboration with Leonard Bernstein for Bernstein’s MASS, which opened the Kennedy Center for the Performing Arts in Washington, D.C. The following year, he wrote the music and lyrics for PIPPIN, and two years later, THE MAGIC SHOW. At one point, GODSPELL, PIPPIN and THE MAGIC SHOW were all running on Broadway simultaneously.

He next wrote the music and lyrics for THE BAKER’S WIFE, followed by a musical version of Studs Terkel’s WORKING, to which he contributed four songs and which he also adapted and directed, winning the Drama Desk Award as best director. He also co-directed the television production, which was presented as part of the PBS “American Playhouse” series. Next came songs for a one-act musical for children, CAPTAIN LOUIE, and a children’s book, THE PERFECT PEACH. He then wrote music for three of the songs in the Off-Broadway revue, PERSONALS, lyrics to Charles Strouse’s music for RAGS, and music and lyrics for CHILDREN OF EDEN.

He then began working in film, collaborating with composer Alan Menken on the scores for the Disney animated features POCAHONTAS, for which he received two Academy Awards and another Grammy, and THE HUNCHBACK OF NOTRE DAME. He also provided songs for DreamWorks’ first animated feature, THE PRINCE OF EGYPT, for which he won another Academy Award for the song “When You Believe.” He most recently collaborated with Alan Menken on the songs for Disney’s ENCHANTED.

Mr. Schwartz provided music and lyrics for the original television musical, GEPPETTO,  recently adapted for the stage as MY SON PINOCCHIO. He has released two CDs on which he sings new songs, RELUCTANT PILGRIM and UNCHARTED TERRITORY.

Mr. Schwartz’s most recent musical, WICKED, opened in the fall of 2003 and is currently running on Broadway and in several other productions around the United States and the world. In 2008, WICKED reached its 1900th performance on Broadway, making Mr. Schwartz the only songwriter in Broadway history ever to have three shows run more than 1900 performances.

His first opera, SEANCE ON A WET AFTERNOON, premiered at Opera Santa Barbara in the fall of 2009 and was recently produced by New York City Opera.

Mr. Schwartz has recently been given a star on the Hollywood Walk of Fame and inducted into the Theatre Hall of Fame and the Songwriters Hall of Fame. A book about his career, “Defying Gravity,” has  been released by Applause Books.

Under the auspices of the ASCAP Foundation, he runs musical theatre workshops in New York and Los Angeles and serves on the ASCAP