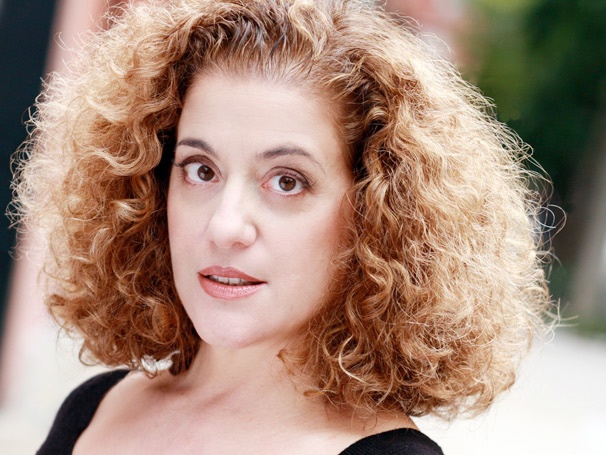 MARY TESTA has been hailed as “a performer of radioactive presence and lungs of steel” by The New York Times, “a strong comedic presence” by the Associated Press and “a peerless musical comedian” by Time Out New York. She has earned two Tony Award nominations, two Obie Awards, one Lucille Lortel Award nomination, four Drama Desk Award nominations, two Drama League nominations and a Drama Desk Award to recognize for three decades of outstanding work in the theater. Her Broadway credits include Wicked, Guys & Dolls, Xanadu, Chicago, 42nd Street, Marie Christine, On the Town, A Funny Thing Happened on the Way to the Forum, The Rink, Marilyn and Barnum. Mary appeared in the acclaimed opera Anna Nicole at BAM. Off-Broadway she has appeared in Disaster! the Musical, Caucasian Chalk Circle, Queen of the Mist, Love Loss and What I Wore, Regrets Only, See What I Wanna See, First Lady Suite, String of Pearls, A New Brain, Tartuffe, On the Town and In Trousers, among others. Her many films include Eat Pray Love, The Bounty Hunter, The Out-of-Towners and Sleepers, with many television appearances including a recurring role on “Whoopi.” She has appeared on over a dozen original cast albums.

Ghostlight Records has announced the release of the new CD from MARY TESTA – the two time Tony Award nominated singer and actress currently starring in Wicked on Broadway – and MICHAEL STAROBIN, the Tony Award winning orchestrator and arranger. The album will be available in stores and via online outlets December 2, 2014. For more info, www.sh-k-boom.com/havefaith.

Have Faith is a boldly unique and contemporary concept album that addresses issues of faith and doubt from a variety of perspectives, mixing a 1980s pop feel with elements of electronic, classical and folk music. The album features songs by Top 40 artists Alanis Morissette, Prince and Annie Lennox, as well as 1960s legends The Beach Boys and Leonard Cohen. It also includes songs by current musical theater writers William Finn and Michael John LaChiusa, whose work Mary has often introduced on stage. Starobin himself contributes original music to a sparkling new interpretation of “Sonnet 29,” from Shakespeare’s iconic series. The album was produced by David Baron, with arrangements for the 13-piece band by Mary Testa and Michael Starobin and orchestrations by Starobin. Catherine Rush serves as Executive Producer.

“This album means the world to me because it is exactly what Michael and I wanted it to be,” says Mary. “It is the true expression of us as artists. The songs on the album represent our musical interests. It’s an eclectic combination of styles and time periods all intertwined. They are connected by the fact that they all express the intricacies of life and faith; how important faith is, even though life is exceptionally contradictory.”

Michael adds, “Mary and I wanted to make an ‘album,’ a concept from our youth, where disparate songs come together to speak to each other, comment on each other and make a whole greater than the individual parts. Perhaps this was our way to emulate the work of our composer friends. But our goal was to trace the journey of a soul through doubt and belief in the language of song. I grew up on such concept albums and it was always a dream to make one, a dream displaced by a happy career in the theater. How fortunate I am to see that youthful dream come true in collaboration with Mary, that giant talent I am lucky enough to call my friend.”

“Mary and Michael are masters at the top of their game,” commented Executive Producer Catherine Rush. “It’s the difference between listening to a talented young cellist and watching Yo-Yo Ma. The finesse and comfort they have coupled with their exceptional talent just makes this album stand alone. They are taking risks with this album and that comes with maturity, too.”

MICHAEL STAROBIN is one of the top orchestrators and arrangers working on Broadway and in Hollywood. He has been the orchestrator for some of Broadway’s most innovative musicals such as Falsettos, Sunday in the Park with George, Assassins (2004 Tony Award for Best Orchestrations) and Next to Normal (2009 Tony Award for Best Orchestrations). He was the conductor and orchestrator for Disney’s The Hunchback of Notre Dame and orchestrated the songs for Tangled. www.starobin.com.

More information is available at www.HaveFaiththeAlbum.com.

If I Loved You (Richard Rodgers / Oscar Hammerstein II)

Sh-K-Boom with its imprint Ghostlight Records has become the leading independent force in Original Broadway Cast Recordings – building a library of over 130 records in the last 13 years, featuring the most successful Broadway musicals and solo albums by Broadway’s brightest stars. Founded by Kurt Deutsch and Sherie Rene Scott, Ghostlight has won two Grammy Awards (for The Book of Mormon and In the Heights) and is a frequent nominee, most recently for the OBCR of Disney’s Newsies and new cast recording of Anything Goes. Other notable recent releases include the 2014 “Best Musical” Tony Award winner A Gentleman’s Guide to Love and Murder, Beautiful – The Carole King Musical, The Bridges of Madison County, Pippin and Rodgers + Hammerstein’s Cinderella, plus The Last Five Years, Giant, Dogfight and the premiere recording of Carrie. The label has also released solo albums from some of Broadway’s biggest names: Sutton Foster, Kelli O’Hara, Alice Ripley, Christine Ebersole, Melissa Errico and Ben Vereen. Additional titles on Ghostlight include Next to Normal, Hair, Legally Blonde, Everyday Rapture, Passing Strange, Dirty Rotten Scoundrels,The 25th Annual Putnam County Spelling Bee and The Drowsy Chaperone. Sh-K-Boom Entertainment is a producer of the upcoming film version of The Last Five Years, written and directed by Richard LaGravenese and starring Anna Kendrick and Jeremy Jordan. www.sh-k-boom.com.