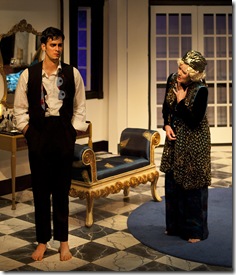 As we close another fantastic year in Chicago theatre, here is our top 10 plays and musicals of 2012, including our favorite performance art piece.  We at Showbiz Chicago wish you the happiest of holidays and a healthy New Year.

Top 10 Plays
1. 33 Variations; Timeline Theatre; Director Nick Bowling brought together an amazing cast led by Janet Ulrich Brooks who turned in a heart wrenching performance as a Beethoven scholar struck with ALS and her final journey in exploring and finding reconciliation via the last work of the great composer.

2. Wasteland; Timeline Theatre: One visible Vietnam P.O.W. communicates with another who we only hear.  Nathan Burger and Stephen Haggard make every minute of this play palpable while constantly reminding us of the sacrifice these young men made for our country; many of which were forgotten in a vast wasteland of political ignorance.

3. Black Watch: Co-production by the National Theatre of Scotland and Chicago Shakespeare Theater; This gripping theatrical piece shows the disregard the political system has for the boys it puts in harms way as we get to see the final mission of the historical regime which became another casualty of the Iraq war.

4. The Vortex; Dead Writers Collective ; Dead Writers’ inaugural production is an ode to how great theater can be if you let the story tell itself and respect the creator’s intention.  Director Jim Schneider gets the most out Noel Coward’s pseudo autobiographical play as well as his leads, Kaelan Strouse and Bonnie Hilton whose mother/son relationship is translatable to any decade.

5. Good People; Steppenwolf Theatre This mounting of David Lindsey-Abaire’s dramady is a showcase for the brilliant Mariann Mayberry as her character Margaret navigates the path that society has seemingly laid out for her.

7. War Horse: Broadway In Chicago brings us the national tour of this epic tale about a horse and his young owner (played with great empathy by Andrew Veenstra) and the innate connection between them.  From a small farm in England to the war torn battlefields of France during WWI, the journey between man and beast will leave you awestruck as will the puppetry that brings Joey to life.

8. The Letters; Writers’ Theatre; Meoldy Udell stated “Director Kimberly Senior keeps the suspense high during every intimate minute of this evocative 70-minute show. With each carefully calculated line, it’s not hard to draw shrewd parallels to today’s age of indiscretion and misinformation. The audience is a fly on the wall in the same interrogating office that Anna and the Director are trapped in — the only difference is that we enjoy every thrilling minute of it.”

9. The Opponent; A Red Orchid Theatre; Karen Kessler directs Brett Neveu’s play about a boxer and his trainer which morphs into a deeply moving human drama.  In my review I stated that “not since The Gin Game has there been such a remarkable theatrical piece for two actors and Guy Van Swearingen and Kamal Angelo Bolden will forever be remembered for creating these characters for decades to come.”.

10. Freud’s Last Session; Mercury Theatre;  This sit-down production of  Mark St. Germain’s Off-Broadway hit about a dying Freud’s meeting with C.S. Lewis is an actor’s gift.  The production, which ran for seven months, initially featured the original New York actors Mark H. Dold (Lewis) and Martin Rayner (Freud) and were eventually replaced by the incomparable Mike Nussbaum and the equally engaging Coburn Goss who gave us the great debate regarding the existence of God.

1. The Book of Mormon:  Broadway In Chicago;  The story of two mismatched Morman missionaries by South Park creators Matt Stone & Trey Parker is one of the best musicals of the last fifteen years.  The cast, which is a mixture of Book of Mormon veterans as well as some of our favorite local Chicago actors, assures this production will be here for many years to come.

2. Kinky Boots: Broadway In Chicago; Harvey Fierstein, Cyndi Lauper and Jerry Mitchell’s stage version of the indie/glam film had its pre-Broadway run at the Bank of America theatre in the fall and with a few tweaks, Kinky Boots will certainly be the hit of the Spring season on Broadway.  More than that, actor Billy Porter has found his “Dolly”.

5. Sunday In The Park With George: Chicago Shakespeare Theater; Gary Griffin’s take on Stephen Sondheim’s ode to the art of making art was a masterpiece unto itself and had a cast that equaled the original Broadway production.

6. Floyd Collins;  Bohemian Theatre Ensemble; Director Peter Marston Sullivan staged a haunting version of this true story of a man trapped in a cave whose inner reflections are in stark contrast to the sensational media coverage occurring above him.  Jim DeSelm turned in a raw and gripping performance as Collins, whose stillness throughout the piece added to the gravitas of the drama.

8. Jesus Christ Superstar; Big Noise Theatre; This may be considered a community theater company (it is actually a mix of equity and non-equity actors)  but under ultra-humanistic direction of Stacey Flaster and spot-on musical direction by Robert Deason, the classic Andrew Lloyd Webber/Tim Rice rock-opera was better than many of the recent touring productions. The passion play was also buoyed the powerful voices and honest performances of Jonathan Lee Cunningham (Jesus), Roy J. Brown (Judas)  and Lauren Paris (Mary Magdalene) who each found new truths about their iconic characters.

9.  Hero The Musical; Marriott Lincolnshire Theatre: Michael Mahler and Aaron Thielen’s original musical about finding the hero within each of us could use some tweaks here and there but as a whole holds much promise.  This production was bolstered by “super” performances from Erich Bergen, Heidi Kettenring and Jeff winner Alex Goodrich.

10. Smokey Joe’s Cafe; Theo Ubique; Though this show is often produced, it is rarely done as well as it was at the No Exit Cafe which was the perfect complement to Brenda Didier’s electric direction.  Didier even gave this jukebox musical a meaningful through line and with an able ensemble interpreting the songs of Jerry Leiber and Mike Stoller, this show took on a whole new life.

La Soiree; The Riverfront Theatre;   This show made an already sizzling Chicago summer even hotter.  The sexy production combined elements of vaudeville, circus, cabaret, opera and theater to become the must see show of the year.  Their return in December was unfortunately cancelled but lets keep our fingers crossed that these phenomenal athletes, actors and singers will come back and get randy for us in 2013!!

Assassins; Milwaukee Repertory Theatre;  Okay, I know this wasn’t a Chicago based production, however Milwaukee Rep has staged one the most brilliant productions of this troubled show to date.  Artistic director Mark Clements finds the perfect balance of the carnival like absurdity within a band of insane brothers who find commonality in the kill, contrasted with the underlying social commentary about our society as a whole. 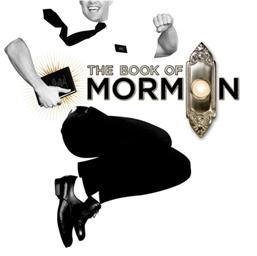