On Friday, May 10th, guests enjoyed an opportunity to mix and mingle with the cast & crew of Northlight Theatre’s production of Stella & Lou , including Ed Flynn, Francis Guinan and Rhea Perlman. Room & Board hosted the post-performance event in their Skokie showroom where guests enjoyed signature “The Stella” and “The Lou” cocktails provided by Real Russian Vodka and catering provided by Pure Kitchen Catering.

Northlight Theatre, under the direction of Artistic Director BJ Jones and Executive Director Timothy J. Evans, announce the world premiere of Stella & Lou, including Emmy Award winner Rhea Perlman, Francis Guinan and Ed Flynn.  Bruce Graham, the Jeff Award-winning playwright of The Outgoing Tide, returns to Northlight with his latest play, to be directed by BJ Jones.  Stella & Lou will run at Northlight Theatre, 9501 Skokie Blvd in Skokie, through June 9, 2013.

On a quiet night at Lou’s bar, two kindred spirits seek solace as they navigate changing times and relationships past. From the author of The Outgoing Tide comes an intimate exploration of friendship, forgiveness, and the longing for companionship that grows with the passage of time.

BJ Jones comments, “When Rhea Perlman saw The Outgoing Tide last summer in Galway, she told me how much she admired Bruce’s work. I immediately thought she would be perfect for the role of Stella, and upon reading it, she agreed. Now we are honored to pair her up with Fran Guinan as Lou in this poignant piece about companionship and second chances.”

Rhea Perlman (Stella) is a four-time Emmy winner for her role as Carla on the NBC TV show Cheers. Stage credits include Love, Loss and What I Wore, in which she appeared with her daughter Lucy DeVito, on Broadway and at the Geffen Playhouse in Los Angeles; the Broadway production of The Tale of the Allergist’s Wife; the Off-Broadway play The Exonerated; the Los Angeles production of Last Night at Ballyhoo and the London West End revival of Boeing-Boeing. Film credits include The Sessions, Sunset Park, Canadian Bacon and Carpool. Perlman played Mrs. Wormwood to her husband, Danny DeVito’s Mr. Wormwood in the film Matilda, which was directed by DeVito.  The pair also worked together on the acclaimed TV series Taxi in which Perlman played Louie DePalma’s love interest, Zena.   Television credits include Hung, Law & Order: SVU, Kate Brasher, Hot in Cleveland, and Pearl, in which she both starred and served as executive producer, and television movies including The Christmas Choir, Houdini, Secret Cutting and How to Marry a Billionaire. This fall Perlman reunites with Kirstie Ally in TV Land’s new comedy, Kirstie’s New Show in which she plays Ally’s assistant and best friend, Thelma.  Perlman lives with her family in Los Angeles.

Francis Guinan (Lou) has been a member of the Steppenwolf Theatre ensemble since 1979.  With Steppenwolf he has appeared in over 30 productions including The Birthday Party, Time Stands Still, The Book Thief, American Buffalo, August: Osage County, Balm in Gilead and Say Goodnight, Gracie.  He has previously appeared at Northlight in Season’s Greetings and Inherit the Wind.  He has also appeared at Victory Gardens (A Guide for the Perplexed), Goodman (Seagull) and American Blues Theatre (Rantoul and Die).  Television appearances include Boss in the role of Gov. Cullen, filmed here in Chicago; Eerie, Indiana, ER, Frasier and several Star Trek franchise episodes.  Film roles include appearances in The Last Airbender, Typing, Low Tide, andConstantine.

Ed Flynn (Donny) has appeared at Chicago Dramatists in I am Going to Change the World; 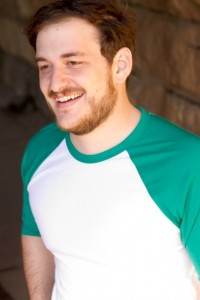 The Gift Theatre in Suicide, Incorporated and at Writers’ in A Streetcar Named Desire.  Ed is a member of the Gift Theatre Company, where he is Co-Artistic D

irector of giftFILM and is a founding member of NATURAL GAS, the Gift’s house improv team.  Ed is a graduate of The School at Steppenwolf, The Second City, iO and Upright Citizens Brigade.  He currently lives in Los Angeles.

Bruce Graham (Playwright) has written The Outgoing Tide, which premiered at Northlight in a production that transferred to The Galway Arts Festival; Burkie; Early One Evening at the Rainbow Bar & Grille; Moon Over the Brewery; Belmont Avenue Social Club; Desperate Affection; Coyote on a Fence, Winner of The Rosenthal Prize, Two Drama Desk Nominations – the West End production starred Ben Cross; According to Goldman; The Philly Fan.  He has won consecutive Barrymore Awards for Best New Play for Something Intangible and Any Given Monday.  Mister Hart and Mister Brown opens at People’s Light and Theatre in 2012.  Film: Dunston Checks In, Anastasia, Steal This Movie.  TV: Roseanne, Ring of Endless Light (Humanitas Award Winner – Best Children’s Screenplay), The Most Wonderful Time of the Year.  Trading Christmas will play on the Hallmark Channel during the upcoming holiday season.  Graham is a past winner of the Princess Grace Foundation Statuette.  Along with Michele Volansky, he is the author of the bookThe Collaborative Playwright.  Graham teaches film and theatre courses at Drexel University.  He resides in South Philadelphia.

BJ Jones (Artistic Director/Director) is in his 14th season as Artistic Director of Northlight Theatre, where he most recently directed The Odd Couple and has piloted the world premieres ofThe Outgoing Tide with John Mahoney and Rondi Reed, Craig Wright’s Lady, Larry Gelbart and Craig Wright’s Better Late, Rounding Third with George Wendt, and Sky Girls. As a producer he guided the world premieres of Jason Robert Brown’s The Last Five Years, The Gamester, andStuds Terkel’s ‘The Good War’. BJ has directed at Steppenwolf, Cherry Lane Theatre NY, Atlanta’s Alliance Theatre, The Utah Shakespeare Festival, The Asolo Theatre, Intiman Theatre, TimeLine and Next Theatre in Evanston. Directorial work includes Northlight’s Grey Gardens, The Lady with All the Answers, The Retreat From Moscow, A Skull in Connemara, The Cripple of Inishmaan, andThe Lieutenant of Inishmore, as well as productions of A Number, Twelfth Night, Glengarry Glen Ross (Suzie Bass Nominee – Best Director), Pygmalion, The Price (Jeff Nomination – Best Director), and 100 Saints You Should Know. A two-time Jeff Award winner, he has appeared at Northlight in dozens of productions and has performed at virtually every major theatre in Chicago, including The Goodman in The Guys, and House and Garden, Steppenwolf in The Royal Family and Playboy of the Western World, and Court in Candide and Comedy of Errors. Film/TV credits include The Fugitive, Body Double, Law and Order: Criminal Intent, Early Edition, Cupidand Turks, among others.