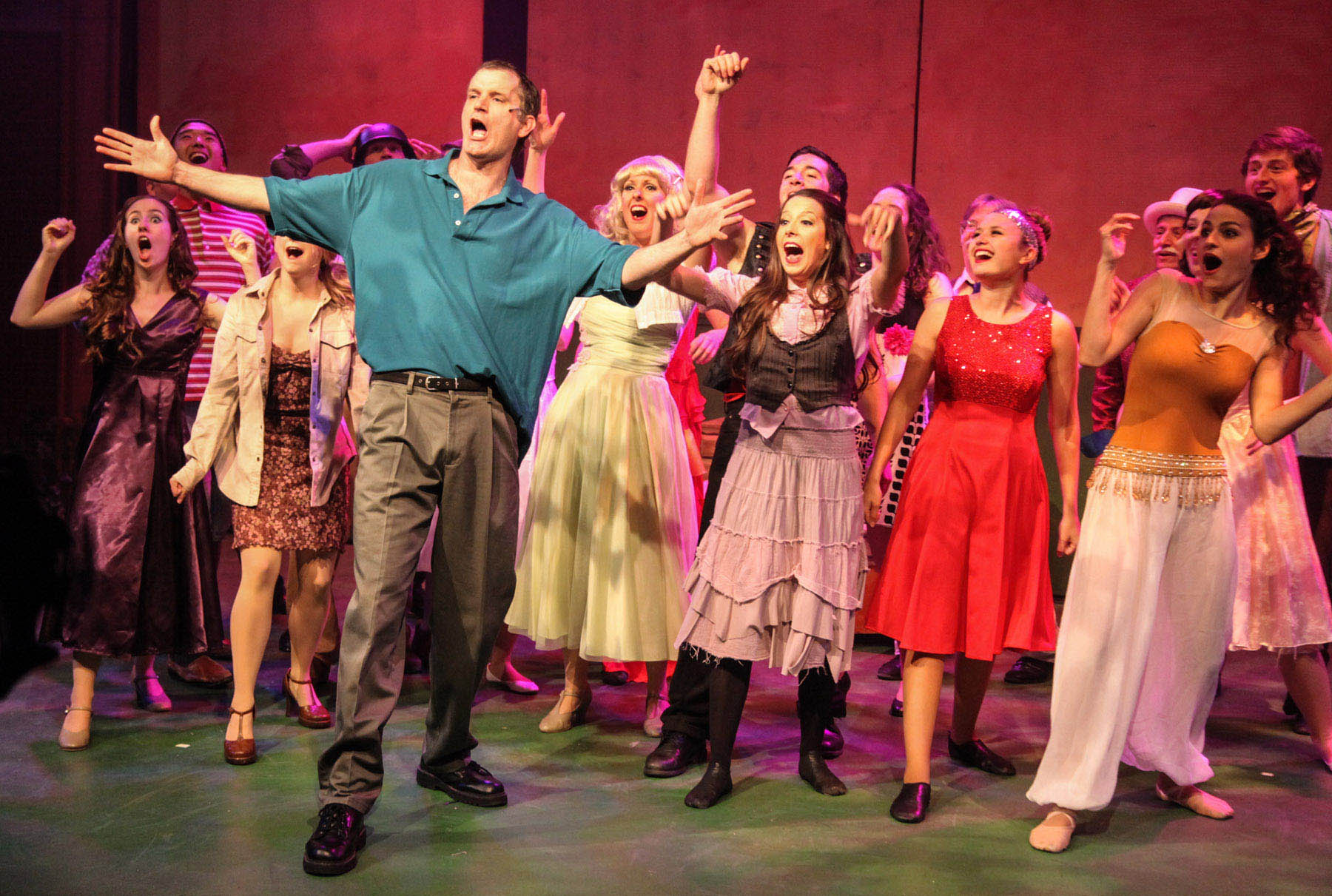 Based on the celebrated novel by Daniel Wallace and the popular 2003 film directed by Tim Burton, BIG FISH is the fantastical musical tale of Edward Bloom, a traveling salesman who lives life to its fullest… and then some!  Edward’s incredible, larger-than-life stories thrill everyone around him – most of all, his devoted wife Sandra. But their son Will, about to have a child of his own, is determined to discover the truth behind his father’s epic tales.

Curtain Times:  Fridays and Saturdays at 7:30 pm; Sundays at 3 pm

Dante J. Orfei (Director) has been the Artistic Director at the Jedlicka Performing Arts Center for over 25 years. He is a graduate of the University of Notre Dame and has produced and directed a travel documentary titled European Sojourn, which aired on PBS. Dante also directed the U.S. Premiere of the musical Metropolis and worked closely with the show’s creator, Academy and Grammy Award-winner Joseph Brooks on the development of the show. Dante directed the national regional theatre premiere of Brooks’ most recent Broadway show, In My Life. He has studied with Tony Award-winners Harold Prince and Jules Fisher. He directed the Midwest Regional Premiere of the Queen rock musical, We Will Rock You, and has also directed the World Premiere of Nefertiti – The Musical, as well as premiere Chicago productions of Little Women, Andrew Lloyd Webber’s Aspects of Love, Blood Brothers, Jekyll and Hyde, The Baker’s Wife, and numerous plays by Olivier Award-winning playwright Ray Cooney, including the U.S. Premiere of Cooney’s It Runs in the Family. Dante has directed well over 175 stage productions on the professional, dinner theatre and academic levels.

John Warren (Music Director) is excited to collaborate on another JPAC production. Previous music directing credits at JPAC include It’s A Grand Night for Singing, Sunset Boulevard, and Legally Blonde. No stranger to the JPAC stage, John has performed in both Phantom of the Opera and Man of La Mancha. John is the head of music studies at Morton College, and he is excited to get a chance to work with another wonderful group of musicians!