It is great to see when success happens to nice people. Emmy Award winner Ted Allen is the perfect example. From his days as Senior Editor and restaurant critic of Chicago Magazine to one of the Fab Five on Queer Eye For The Straight Guy, and now host of the hit show Chopped on The Food Network, Ted has always remained a kind and generous humanitarian who constantly gives back to the community.

Mr. Allen will be emceeing the Howard Brown Health Center (HBHC) and its Lesbian Community Care Project (LCCP) fourth annual Garden of Eve, a signature fundraiser benefitting women’s health and wellness services and programs for uninsured women, taking place Friday, Sept. 14, 2012.MJR: (Michael J. Roberts) Hi Ted! It is great to talk with you again. Last time we were together was almost eight years ago doing an interview for Queer Eye For The Straight Guy. Are you still in touch with Carson, Jai, Kylan and Thom?

TA: (Ted Allen) Its great to talk to you again as well and that was one of my favorite interviews. Yes, I am still in touch will all of them. It is amazing the success everyone has attained from that show. I’m not sure if Jai (Rodriquez) told you, but he is going to be in a new sit-com. 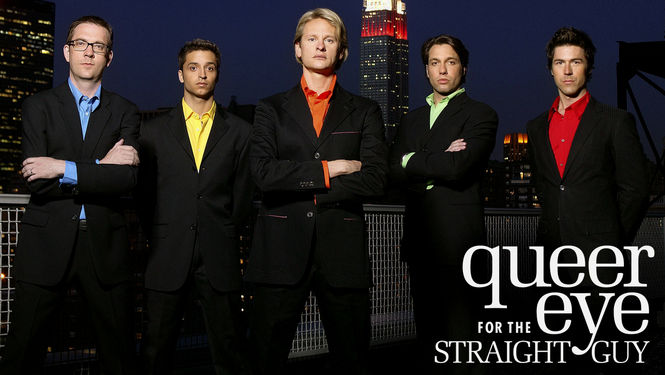 MJR: Yes, I did hear that and I am so glad great things are happening to everyone that was on Queer Eye, especially yourself. That show was very groundbreaking and needs to be given a lot of credit for breaking down just as many barriers as Will & Grace and Ellen.

TA: Thank you for saying that. It was unique when it aired and nothing has ever been like it since.

MJR: Congratulations as well on your Emmy winning Food Network show, Chopped. What is a typical day like now in the life of Ted Allen?

TA: Well, Michael, I am happy to say that I am on vacation right now. I have been sleeping in late, reading the paper, making some strong coffee and doing a lot of cooking. I have done a lot of work this past year. It started with a three and a half run of Chopped and then I wrote my cookbook which took me into February, then another three and a half month run of shooting Chopped, then I went on my tour. 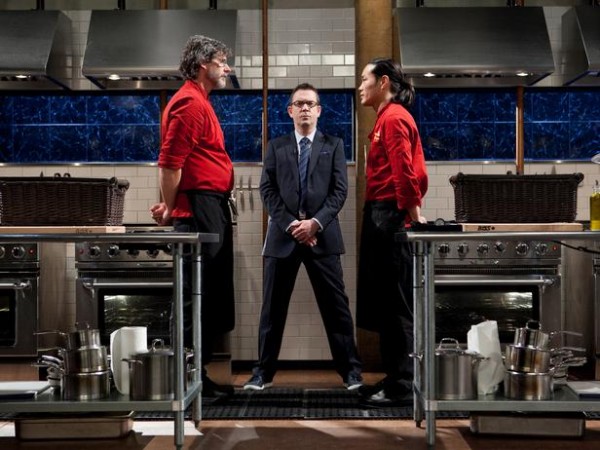 MJR: What is a shooting day like for Chopped?

TA: They are twelve-hour days, typically, if not longer. We shoot four days on, three days off for three weeks then a week off. So even though there is down time with the show, I had so many other things going on schedule wise, that this is the first break I have had in a very long time that I can just spend around the house gardening and cooking.

MJR: What do you think is the biggest misconception people have about television chefs?

TA: Well, that kind of depends on whom you are talking about. That is such a great question and the first thing I think of are how many non-television chefs that want to become television chefs, or should I saw they want to become television stars. They think that being on tv will be the road to easy street. Shows like Chopped and Top Chef give people those dreams and, though there is nothing wrong with wanting that, I always try to remind them, especially the younger chefs, that those jobs are scarce and very competitive. You become a chef because of your love for food, not because you want to be a television star. Now if you are talking about a fine dining chef that has worked his way to television, I think a big misconception is that he or she is eating fois gras all the time.

MJR: So if you were to cook a meal for, say, Mario Batali, what would you cook him?

TA: Something very simple because you are not going to out-do the food that he creates already.

MJR: What type of influence were your parents in getting into cooking?

TA: My mom always encouraged my sister and me to cook. My mother is southern so growing up we had pretty straightforward American cooking. There were always fresh vegetables and now she eats very healthy. But… she did used to keep a big jar of bacon grease on the stove all the time but she hasn’t had that in a long time. There is a lot of flavor in the grease but she is much more health conscious now, thank God!

MJR: Tell me about your time at Chicago Magazine?

TA: Michael, I have to tell you that Chicago Magazine remains my favorite job that I ever had. I was actually a reporter for Skyline, which I think is still around, but I got wind that they were in financial trouble which made me nervous that I was going to loose my job. So I started pitching stories to Richard Babcock, who was the Editor of Chicago Magazine and he liked my ideas. I was very young; I think only 24 or 25. I even remember the first story I wrote for them. It was about bakeries in the West Loop. There were two brothers, whose last name was D’Amato and they opened competing bakeries across from one another, which was hilarious. Neither of them would talk to me or tell me who they sold their bread to, so one day I got up very early, drove down there and followed their trucks around. Richard liked my initiative and my writing and gave me a feature story and I worked there for five very happy years. Dick produced a city magazine with national magazine standards. I think Chicago Magazine is still one of the best-published magazines of its kind.

MJR: What are your thoughts on Charlie Trotter closing his restaurant?

TA: I got to eat there in June while I was in town for something. I think that Charlie Trotter was a huge influence on American cooking and dining. He was the first chef to bring the multi-course tasting menu to the United States. In the fine dining world, that has become an extremely popular way to eat. Top end restaurants like The French Laundry and Alinea owe their existence to Charlie. Another thing people don’t know about Charlie is that he created the high end coffee table cookbook. His was the first of that genre. People used to laugh at that idea because the book was fifty dollars and people couldn’t cook the recipes, but that wasn’t the point. The point was for people to understand in an academic way what Charlie was doing. In fact, at the time that book came out I was at Chicago Magazine and I wrote a headline for a story called ‘Sorry Charlie’ in which myself and a few friends tried to cook some the recipes out of the book and of course, failed! 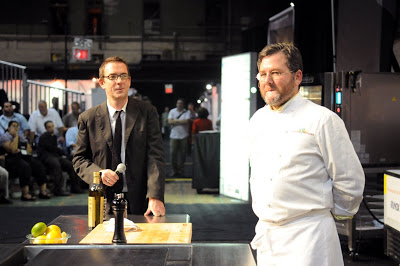 MJR: The pedigree of chefs that came of his kitchen is amazing as well.

TA: Absolutely! Including Graham Elliott. You know Michael, people think high-end restaurants make a lot of money, and some of them do. If you want to make a lot of money, open a gastro pub and sell hamburgers. The amount of money you have to pay for food costs, talent, the amount of staff, the fancy china, the fancy linens and on an on. Charlie busted his ass for 25 years and if he wants to do something different, I don’t blame him one bit and I wish him nothing but the best. When I had dinner there, he was going around the restaurant talking to people and it was such a victory lap. It was clear he was excited and happy.

MJR: Tell us about your upcoming appearance at the Garden of Eve benefit for the Howard Brown Health Center?

TA: Howard Brown has always been special to me because when I was coming out in my twenties, Howard Brown was a big part of my life. That is where I did my HIV testing, did some volunteer work there are Horizons and have always seen what good this organization does. When they wrote to me and asked me to come, I was thrilled. This benefit is specifically for their women’s and wellness programs. We are looking at a time, particularly in this Presidential campaign where the Republicans have all but declared a war against women. They are adopting a platform, which would negate any right of choice, even in cases of rape and incest and is very scary. Obviously there wouldn’t be a lot of women who are alive today if they didn’t have access to reproductive health care. I don’t even know if Howard Brown in involved in that side of it but I just have to put that out there. I will say that I have seen Howard Brown grow so much over the years. They have a budget of 22 million dollars and see 36, 000 people a year so they really have a major impact on the lives of their clients and the community. I am also excited about seeing Meshell Ndegeocello who is performing at the benefit as well.

MJR: It was great catching up with you and can’t wait to see you again at the event.

TA: Thank you Michael, looking forward to seeing you too.

MJR: One final question, when are you going to open a restaurant in Chicago?

TA: (Laughing) Oh yes, I will get right on that!

Ted Allen will emcee the Howard Brown Health Center (HBHC) and its Lesbian Community Care Project (LCCP) fourth annual Garden of Eve. The event will take place Friday, September 14, 2012 at the River East Art Center, 435 E. Illinois Street. The event kicks off with a VIP reception at 6:00 p.m. and the garden affair beginning at 7:00 p.m. Featuring a delectable assortment of chef tastings presented by some of Chicago’s most recognized chefs and restaurants, Garden of Eve, with its exotic garden-like décor, is an event that brings Chicagoans together to raise funds to provide health and wellness care to uninsured women, regardless of their age or ability to pay. Tickets to the event can be purchased online at www.howardbrown.org/eve.

Ted Allen, host of Food Network’s Chopped. Allen is a frequent contributor to the Food Network’s The Best Thing I Ever Ate and the author of In My Kitchen: 100 Recipes and Discoveries for Passionate Cooks and The Food You Want to Eat: 100 Smart, Simple Recipes. He also served as a judge on the first four seasons of Bravo’s Top Chef and Food Network’s Iron Chef America. For more information on Ted Allen, visit his official website, www.tedallen.net.