The new musical SIGNS OF LIFE: A Tale of Terezin is a gripping new work that takes the viewer inside the artist camp of Theresienstadt, built  by the Nazis and used as a propaganda tool for the visiting Red Cross.  Actors Brendan Douglas, Jason Collins and Michael Michael Mitchell discuss the effect Signs of Life has had on their lives both inside and outside the theater.  SIGNS OF LIFE runs through October 27, 2013 at Victory Gardens Theatre.  For more information visit www.SignsofLifeTheMusical.com

What has the rehearsal process been like for you with such emotionally difficult material?

BRENDAN DOUGLAS (Wolfie Schumann):  The rehearsal process has not been that difficult for me because play a child in Terezin.  The adults in Terezin tried to keep things positive around the children.  Many of my parts in the show are light-hearted and funny.  This help make the scenes I am in more uplifting

JASON COLLINS (Jason Collins): This show is certainly emotional, but the arc of the story and brilliance of the material have always made the emotional journey a completely natural one. I find that as exhausting as it is, it never feels like work and this cast and creative team have made that all the more true. They are a phenomenally talented  group of artists and a truly wonderful group of people and it is has been an absolute joy to work with them each and every minute of the process. 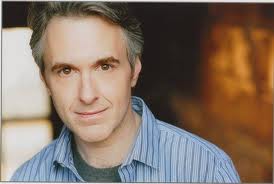 MICHAEL JOSEPH MITCHELL (Jacob Schumann): FRAUGHT. Let me tell you. I’ve cried very easily, at any time of day, for six weeks now. Sometimes in rehearsal I’d sit at the table where I’m making the transport list for the SS, while another scene goes on stage left, and just cry while writing it. Now, obviously Jacob doesn’t know where these people are going, so I can’t know, either. But it took a while to get there. Luckily, I was blessed to work with the most amazing cast and creative staff it has EVER been my honor to. I’ve never had a bigger bond created through rehearsals. We all loved this material so much, that the level of commitment to it and each other was deep. We looked out for each other. And Lisa (our director) created a real cocoon around us all. We felt very loved and very protected, which made risking things so much easier.
And we laughed. A LOT. Between Lisa, Mike, the music director, and ESPECIALLY Joel, our composer and creator of bon mots extraordinaire, we laughed often. We needed to.

How has your character changed from the day you first envisioned it from reading the script to how it is now on stage?

BRENDAN DOUGLAS: Since I did the staged reading 7 months ago, I have learned so much about the history of Terezin and the character of Wolfie.  After visiting Terezin this summer, I was able to develop a better understanding about the children through the artwork I saw in the museums and books that I read.

JASON COLLINS:   Kurt has ultimately become bigger and more flamboyant than I had initially imagined him. Peter’s writing never fails to be intelligent and clever, but with Kurt in particular, it has an almost Oscar Wilde sensibility and flare. As the show has evolved from one incarnation to the next, I feel as though this has been embraced and expanded upon and now, there is no question in my mind that I wasn’t aiming high enough in my initial take. Like every character in the show, Kurt is never “Just one way.” He is diverse and conflicted and even contradictory at times and he is not at all perfect. This is at least part of what makes him such a real and believable character and I seem to find new facets and nuances to him every day .

MICHAEL JOSEPH MITCHELL: Hard to describe how, but as is always the case, Jacob changed a lot. I first encountered him on the page as a nice guy thrust into an unbelievable situation. Which is to some degree true. But as you start to draw lines from one moment to another, more complexity always evolves. And between you, your fellow actors, the writers, and your director, you uncover who you are. I’d say, most useful was letting him be more unreasonable. Really letting him have his mini tantrums about things out of his control. It’s a small thing, but it’s crucial. You have to let your charter be human, but also keep an eye on what his function is in the play as a whole. Jacob has to be knee deep in creating these lists, even though he does it under orders. Then he has a much steeper drop when he learns the truth, which in turn makes him prepared to put himself on the line with the Red Cross. 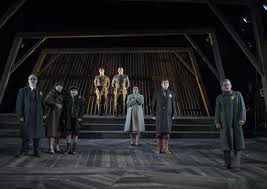 Have you learned anything interesting about yourself that you did not know before because of playing your SOL character?

BRANDON DOUGLAS: Being part of Signs of Life has taught me to realize how fortunate I am.  I also realize how much I rely on and love my family.

JASON COLLINS: I have to admit, this question is a difficult one. I’m not sure any character in any show has ever taught me anything about myself. I’m an actor and my job is to put myself in the shoes of whatever character I’m hired to play, no matter how foreign, or difficult that may be. Part of that process is often leaving myself and my beliefs, attitudes, opinions, political leanings and likes and dislikes out of the equation.

My job is, at least in part, to shed my self and take everything I can glean from the material and the character’s words and actions and try to piece together exactly who they are and how they feel and that most often differs greatly from who I am and how I feel. Now, I don’t need to be called by my characters name off stage, or adopt the personal hygiene habits of a character, or speak in their dialect all day. But I do need to figure out who they are based on the information I have from the material and use that information to shape a whole person, being very careful to not let myself bleed in and color the character.

The very nature of this process, the automatic separation that occurs means it is highly implausible that I will learn anything about myself. With one possible exception: It has occasionally been the case that I learned new levels of what I am capable of physically achieving, or enduring and at other times, I’ve been forced, -much to my chagrin- to learn that I have some limitations along those same lines.

MICHAEL JOSEPH MITCHELL: Tough one. I guess I’ve learned that I can show up and let myself go on the ride of the piece. That’s sort of obvious, what we are all supposed to do all the time. But I usually tend to do a ton of research and work out all my stuff on my own. This process was such a collaboration, and such a labor of love, that I really felt that old truth that you get your character from the people around you. They give it to you. So even when I’m heading to the theater, and my body is saying “PLEASE don’t put me through that again”, I know that if I just step into the boat with my colleagues, they will get me there and home again. I think I’m a more open actor, and person, from this process.