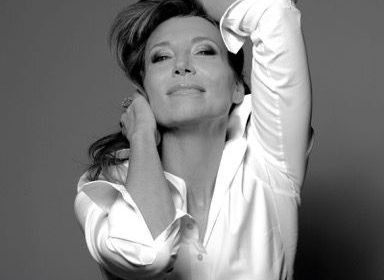 SHELLEY MACARTHUR, featuring THE BRAD WILLIAMS TRIO, brings an evening of song that will be “MAINELY MAGICAL” to THE VINEGAR HILL MUSIC THEATRE, the Kennebunks’ beautiful new state-of-the art entertainment venue featuring the finest in musical talent during the summer and fall months. She joins Vinegar Hills’ great summer line-up, including Broadway’s Linda Eder and Liz Callaway; along with pop stars Maureen McGovern and Maria Muldaur.

Shelley MacArthur is a Chicago native and it’s her kind of town, but she has also graced the stages of New York’s Town Hall, Jazz at Lincoln Center, and The Hampton’s Guild Hall for the acclaimed Manhattan-based Mabel Mercer Foundation. Shelley has had many magical moments on stage! She sang with the unforgettable cabaret czar, Café Carlyle’s Bobby Short, at Chicago’s legendary Gold Star Sardine Bar; opened for another cabaret great, Michael Feinstein at Chicago’s Ravinia Festival in Highland Park, IL., and for a 100 year-old George Burns at the Paramount Arts Centre in Joliet, IL. She has even had the pleasure of serenading President Bill Clinton and former Chicago Mayor Richard M. Daley.

Shelley has performed at Chicago’s historic Auditorium Theatre, Orchestra Hall, the Harris Theatre, and the Empire Room of the Palmer House Hilton. She was invited to inaugurate the Auditorium Theatre’s first Cabaret series with her show, “On Stage with Shelley MacArthur;” and performed “With Love, Shelley” to a sold-out crowd at Millennium Park’s Pritzker Pavilion when they initiated their “Cabaret With a View” series. With her gift of song, Shelley has also raised millions of dollars headlining concerts for many charitable organizations, including the renowned Joffrey Ballet.  Most recently, she is winning raves for her PBS Special Shelley MacArthur & George Perris LIVE IN CHICAGO,” presented by The Horatio Alger Association of Distinguished Americans, and airing currently on PBS stations throughout the country.

Shelley MacArthur is a captivating presence and a versatile performer.  Statuesque and gorgeous, she was a top Chicago runway model early in her career and still exudes that same grace, elegance and glamour the moment she steps onstage. Music is Shelley’s passion! Her repertoire not only embraces The Great American Songbook, but she is also a classically trained soprano and takes great pleasure in singing arias from Gounod to Puccini.

Shelley has been inspired by many of the greatest female singers of our time,

“especially Beverly Sills, Lena Horne, Maria Callas, and Peggy Lee.” She has often said, “I have learned something from every woman I have ever seen on stage!”

The late cabaret impresario Bill Allen invited Shelley MacArthur to become a regular at his celebrated Gold Star Sardine Bar (The NY Times called it “The Best Little Cabaret in America” and “Chicago’s Valentine to NY of the 1930”s!”) because he felt she epitomized the café society chanteuse of an earlier era.   During a newspaper interview, Allen remarked, “I was amazed that a woman so good-looking would be as engaging, as charming, as down-to-earth, and as talented a performer as Shelley is!!”