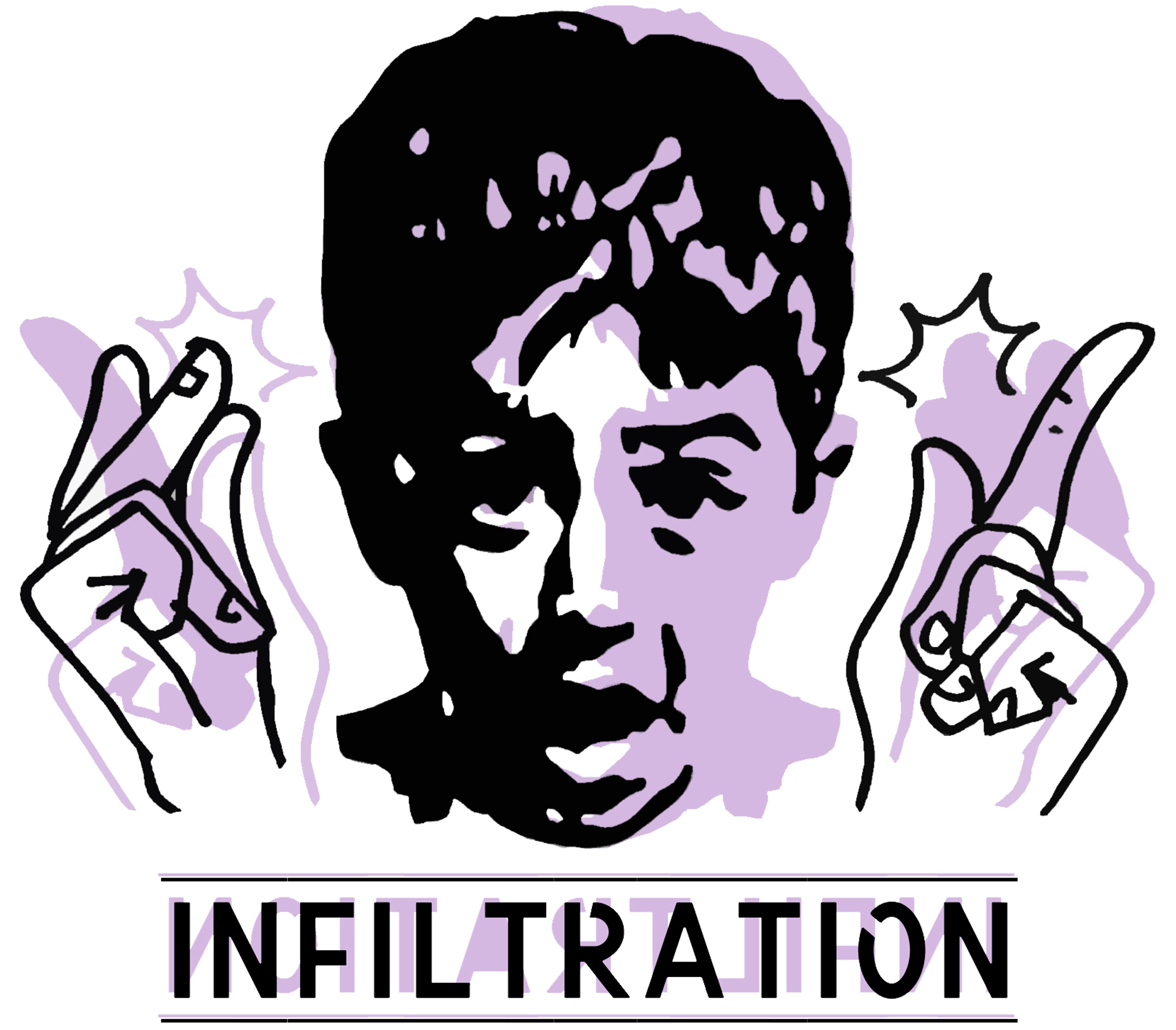 Catch some of Chicago’s hottest independent performers before Too Much Light… on Fridays at INFILTRATION. All performances take place at The Neo-Futurarium at 5153 N. Ashland.

The Neo-Futurists and Salonathon Present: INFILTRATION, a collaborative project that connects underground artists throughout Chicago. On Friday nights in August and September, the Neo-Futurarium features work by artists who frequently share their work at Salonathon, a weekly performance series at Beauty Bar that aims to create a home for emerging underground and genre-defying art. Curators Jane Beachy, Joseph Varisco and Neo-Futurist ensemble member Malic White have put together a lineup of performers whose work explores “infiltration.” This fall, Salonathon artists collaborate with The Neo-Futurist ensemble on guerrilla theater pieces throughout the city that interrogate what it means to be a fringe artist in Chicago: Where is our home? Where do we want to explore? What does the art world look like when the underground infiltrates the mainstream?

INFILTRATION kicks off on August 8 with Kiam Marcelo Junio before featuring Darling Shear on August 15 and Sid Branca on August 22. The full line-up of performers can be found at www.neofuturists.org.

Kiam Marcelo Junio is a Filipino immigrant, a US Navy veteran, and a visual and performance artist. Their research and art work centers around queer identities, the Filipino diaspora, military and civilian power dynamics, and the politics of cultural healing. Kiam is a cultural force in the Chicago queer and art scenes, showing work at the Museum of Contemporary Art, Chicago Artists Coalition, Chances Dances, and Salonathon, as well as University of Wisconsin-Milwaukee and Northwestern University. They are currently a HATCH Projects artist resident and a recent awardee of the City of Chicago Department of Cultural Affairs and Special Events Individual Artist Program Grant. Iamkiam.com

Darling Shear is a professional dancer and choreographer who recreates, restages and reenacts dance from film musicals from the 1920’s to the 70’s. She gender-challenges art with images of angelic hermaphroditic beings. Her thought-provoking explorations invite audiences to reflect on gender and reexamine the world.

Sid Branca is an interdisciplinary artist based in Chicago. She makes performances, videos, sounds, texts, wearables, and more. Her process is often one of pastiche operations, blending the classics of the Western literary canon with contemporary pop culture, articulated through semi-fictionalized autobiography.http://sidbranca.com

Malic White states, “INFILTRATION aims to connect artists across Chicago whose work challenges the confines of space and convention. I look forward to watching The Neo-Futurists welcome and work with new performers who will broaden the artistic scope of our aesthetic.”

Jane Beachy is a curator and producer of genre-defying performances and parties. She is the founder and Artistic Director of Salonathon, a weekly performance series for emerging and genre-defying art that has been running since July 2011. She also founded Salonathon Presents, which has produced large-scale events in Chicago at the Metro, Steppenwolf Garage, Logan Square Auditorium, Berlin Nightclub, Columbia College and aboard the Tall Ship Windy in conjunction with the Chicago Reader and Empty Bottle Presents. In the fall of 2013, Salonathon co-produced the spectacle and performance REVIVAL at the Jay Pritzker Auditorium through a residency with the Department of Cultural Affairs and Special Events. Jane also produces large-scale performance parties under her own name, including the widely attended gala FALL BALL at Logan Square Auditorium (co-produced with The Empty Bottle) and Bottom’s Up: NYE 14 at Bottom Lounge. She recently served as a panelist for Charlotte Street Foundations Generative Performing Artists Awards in Kansas City, and has worked in various other capacities at arts organizations and arts service organizations in Kansas City, Seattle, New York City and Chicago. She graduated Phi Beta Kappa from the University of Iowa.

Joseph R. Varisco is a queer HIV+ multimedia producer and queer historian utilizing creative collaborations as a means of building community relationships and deconstructing boundaries. Since 2009 Varisco has invested in Chicago’s creative queer communities as the founder of JRV MAJESTY Productions, Creative Director of Chicago IRL, Teaching Artist with About Face Youth Theatre, and curator of monthly performance event Salonathon: LEX·IC·A. He is the creator of the Queer Lexicon oral history project and the ongoing series QUEER, ILL, & OKAY featuring queer artists living with chronic illness.

Malic White joined The Neo-Futurist theater ensemble in October 2012, where Malic assistant directed The Miss Neo Pageant and performs in Too Much Light…Malic’s storytelling, dance and performance work has been featured at the Museum of Contemporary Art, Pritzker Pavilion, the Logan Square Auditorium, Tour de Fat and Chances Dances. Malic’s writing has appeared in Bitch Magazine, Windy City Times and The Huffington Post, plus all over Twitter and Facebook