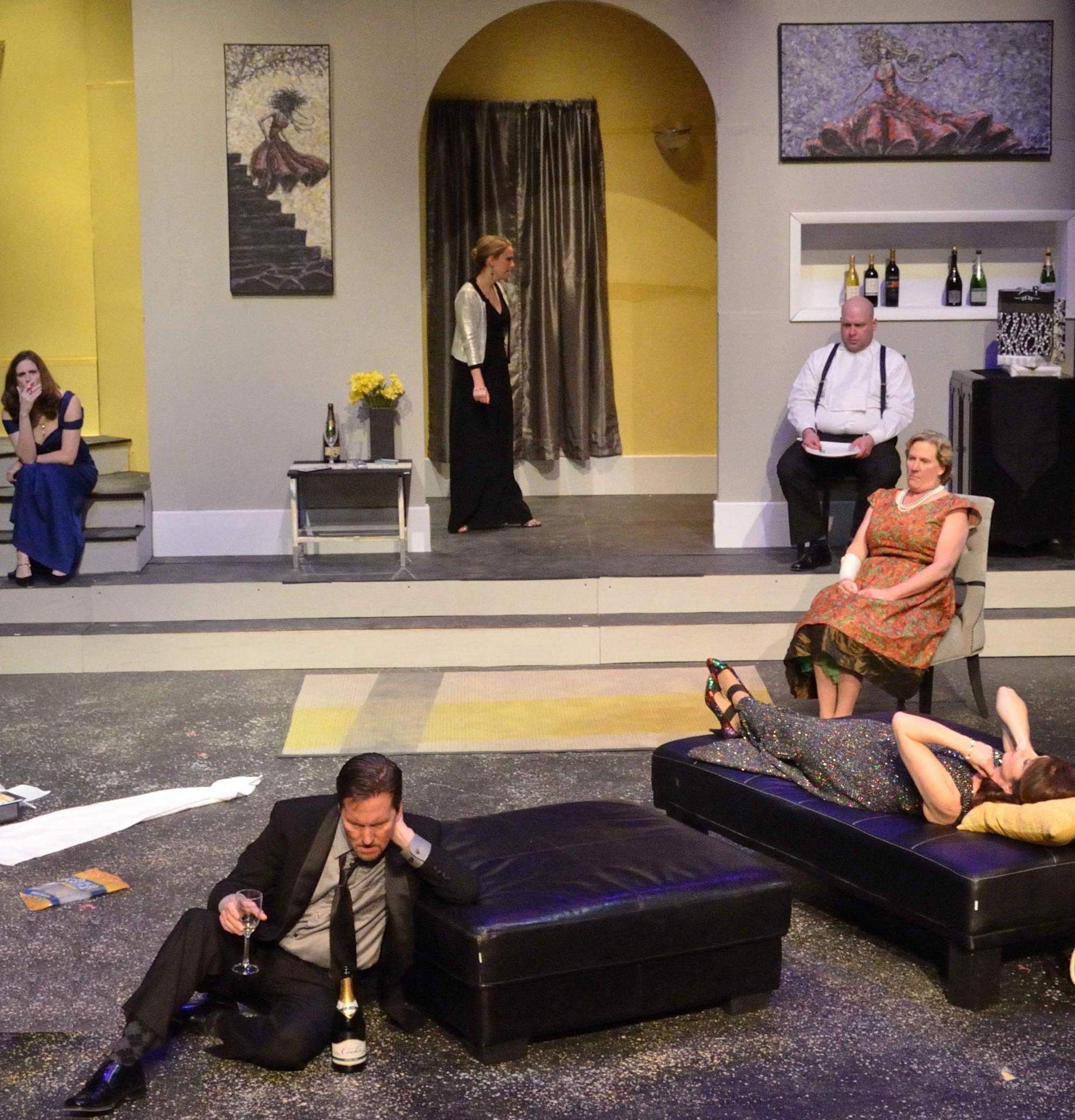 Now celebrating their fourth season Naperville’s only professional theatre company, Brightside Theatre, is presenting a rarely done Neil Simon Farce; his first to be exact. Rumors premiered on Broadway in 1988 for a run of 535 performances and gave Christine Baranski a Tony for her performance as Claire.

Being his first farce it is not by any means representative of his best work, having a flimsy plot, stereotypical characters, however it does contain some great one-liners and bits of business which director Aaron Henrickson does a fine job in maximizing in Brightside’s production. He has also assembled a fine ensemble of actors who have a gift for farce (and this is a gift) and play together like a well-oiled machine.

For those who do not know this play Rumors centers around four couples who are invited to the elite townhouse of the Deputy Mayor of New York only to discover there are no servants, the hostess is missing and the host, the Deputy Mayor of New York is lying upstairs with a self-inflicted bullet hole in his ear lobe (he was attempting suicide). The guests try frantically to keep this a secret which provides the humor for the show.

But as I said earlier in Simon it is most defiantly the whole and not the sum of its parts that makes his plays spark and this cast does a fine job making it fire on all cylinders. It is apparent that Brightside Theatre consistently attracts strong talent to Naperville.

As there is only one more weekend for Rumors I recommend that you take the hike out to Brightside to see this rarely done Neil Simon farce played to perfection with gusto. Rumors plays Friday, Saturday and Sunday, March 20-22. For tickets you can visit the website at www.brightsidetheatre.com or call the box office at 630-637-7469.