Route 66 Theatre Company Presents The World Premiere of Cicada By Jerre Dye Directed by Erica Weiss Through May 25, 2014 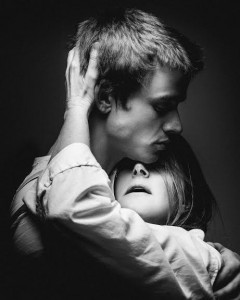 Route 66 Theatre Company is pleased to present the world premiere of Cicada, by Jerre Dye, directed by Route 66 Theatre Company’s Associate Artistic Director, Erica Weiss. This coming of age ghost story deeply rooted in the life of a small southern family on the verge of transformation plays April 9 – May 25, 2014 at Greenhouse Theater Center, 2257 N Lincoln Avenue in Chicago.  Tickets on sale at greenhousetheater.org, by calling 773.404.7336, or in person at the Greenhouse Theater Center box office.

Set in rural Mississippi, Cicada tells the story of seventeen-year-old Ace and his mother Lily, who attempt to dig their way out of the past as the unrelenting July heat presses in on their lives. It’s a story about letting go and shedding what is no longer necessary in a world full of secrets, ghosts and memories that hold on tight. Poetic, dynamic, lyrical and hard-hitting, this unique piece of theater sheds light on the enduring southern spirit and the ties that bind. Originally developed through Voices of the South Theatre Company in Memphis, TN, this play sings with the longing, the loss and the poetry inherent in the South.

“We are thrilled to present the world premiere of this haunting, powerful play. It’s not often that a southern story like this is told in Chicago”, says Route 66 Artistic Director Stef Tovar. “Since presenting our hit A TWIST OF WATER and transferring it to a successful Off-Broadway premiere in 2012, we’ve been gearing up for this moment. We’ve reaffirmed our commitment to developing new plays and producing in Chicago again. Together with our upcoming World Premiere of THE DOWNPOUR in the fall, CICADA is the perfect piece to begin our new residency at Greenhouse Theater Center with our first full season of new work.”

Cicada won the Bryan Family Foundation Award for Dramatic Literature from the Fellowship of Southern Writers in 2011.

Tickets Previews: $30 adults. Regular run: $35 adults; $20 students.  Discounts available for groups of 10 or more. Tickets on sale at greenhousetheater.org, or by calling 773.404.7336, or in person at the Greenhouse Theater Center box office.

Jerre Dye is a writer, director, actor and designer. He is also the former Artistic Director of Voices of the South Theatre Company and has spent the last 20 years focusing on the development of new works in various artistic capacities. As a playwright, Dye is the recipient of The Bryan Family Foundation Award for Dramatic Literature from The Fellowship of Southern Writers. He has adapted and directed Stravinsky’s A Soldier’s Tale for Iris Orchestra and written several award-winning children’s plays that have toured the United States. His newest play, Threads, will premiere in Memphis this summer. Jerre recently relocated to Chicago where he has directed for Pine Box Theatre and served twice as scenic designer for About Face Theatre. He is currently finishing the libretto for Ghosts Of Crosstown, a new opera cycle in collaboration with Opera Memphis, Opera America, and five composers from across the U.S.

Erica Weiss is the Associate Artistic Director of Route 66 Theatre Company, a freelance director and

The Goodman Theatre’s Michael Maggio Directing Fellow for the 2013/2014 Season. She is the director and co-creator of the hit World Premiere production of A Twist of Water, written by Caitlin Parrish, and made her off-Broadway debut directing the play’s New York Premiere at 59E59 Theaters. Along with playwright Parrish, she was nominated for a 2011 Jeff Award for Best New Work for A Twist Of Water. This year, she will direct two new plays for Route 66: The World Premiere of Cicada by Jerre Dye, and the World Premiere of The Downpour by Caitlin Parrish. Also in 2014, she will co-direct her first independent feature film. As a freelance director, her recent projects include

Making Noise Quietly with Steep Theatre Company, Vigils with The Gift Theatre and the World Premiere of Mahal with Bailiwick Chicago. Erica was the founding Artistic Director of Hypatia Theatre

Company, where she produced four World Premiere productions, two of which (the critically acclaimed Red Georgia Clay and Florida Styx, both written by Caitlin Parrish) she directed. She served as Assistant Director to Barbara Gaines on Timon Of Athens and the Chicago Premiere of

Elizabeth Rex at Chicago Shakespeare Theater. As a director, new play dramaturg, and assistant director, she has worked with many of Chicago’s biggest Equity houses and smaller storefront

Companies, including Victory Gardens Theater, where she was the dramaturg for the workshop and World Premiere of The Elaborate Entrance Of Chad Deity by Kristoffer Diaz (Pulitzer Prize finalist, Jeff Award winner), Northlight Theatre, American Theater Company, Chicago Dramatists, Stage Left Theatre, MPAACT, The Gift Theatre and more. Erica is a graduate of The Theatre School at

DePaul University, where she earned her degree in Theatre Studies with an emphasis on directing and new play development.

Route 66 Theatre Company introduces, develops, produces, and exports new work for the stage. The road begins with our new play development process and reaches west, where our World and Chicago Premiere shows are given an advocate for further regional productions along the road less traveled from Chicago to Los Angeles. Since the company’s founding, Route 66 has produced 6 productions, 2 in two cities including a New York premiere, been nominated for five Jeff Awards and won two. 2014 is Route 66’s first full season of new work and Cicada is their first full production on a Chicago stage since 2011’s runaway hit A Twist of Water.  www.route66theatre.org

For more on Cicada, visit www.cicadatheplay.com