Throughout a remarkable career that encompasses stellar work in live theatre, television, film, music and concerts, Kristin Chenoweth has established herself as one of the preeminent interpreters of American songcraft. After having covered country, Christian and Christmas music, the iconic artist continues her personal exploration on The Art of Elegance – her first album of American Songbook classics – released via Concord Records.

The follow-up to Chenoweth’s Concord debut Coming Home, The Art of Elegance is an ideal showcase for the charismatic artist’s sublime interpretative skills. The 13-song set, produced by veteran producer and vocalist Steve Tyrell, finds Chenoweth tackling timeless, beloved classics by the likes of George Gershwin (“Someone to Watch Over Me”), Harold Arlen (“Let’s Fall in Love”), Rodgers and Hart (“Bewitched, Bothered and Bewildered”), Burt Bacharach and Hal David (“A House Is Not a Home”), Hoagy Carmichael (“I Get Along Without You Very Well”) and Johnny Mercer (“Skylark”). 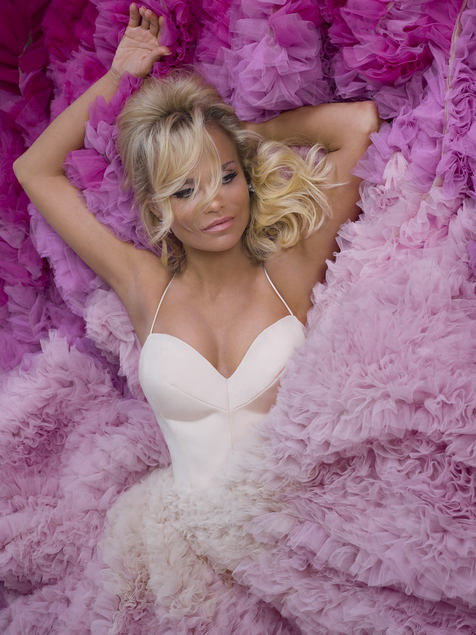 Although The Art of Elegance’s 13 songs represent a diverse assortment of periods and styles, the material, along with Chenoweth’s personally charged performances, share the attitude that provides the album’s title.

“Elegance is a quality that I look for, in music and in life,” the artist comments. “It goes back deep within me. I’ve always felt that even a little girl from Oklahoma could still be elegant, not just in her musical tastes, but in the way she treats others, how she dresses. I love all kinds of music, but this repertoire has spoken to me my whole life. I remember learning some of this music as young as twelve, and thinking to myself that one day, I would get to perform it. Now here I am with a record dedicated to the melodies and lyrics of some of our greatest composers.”

Indeed, Chenoweth relishes the opportunity to bring new emotional depth to classic songs, and to introduce these time-honored compositions to new listeners.

“Of course I love to sing songs that people know,” she asserts. “Songs that we’ve heard before are like our DNA; we know them in our hearts. Honoring the singers who have sung this repertoire is the most challenging part of the process, singing it from my heart and my perspective and my experience. It’s a challenge, but it’s a fun one. In every song I sing, I must find my own phrasing, down to the final breath. A lot can be said in a breath or a pause. I also chose songs like ‘Skylark’ and ‘I Get Along Without You Very Well’ because I want to reintroduce them to my younger fans.”

Chenoweth sings the praises of Steve Tyrell, whose experience and expertise made him an ideal collaborator.

“Steve and I are a match made in heaven,” Chenoweth states. “Not only is he an incredible singer and performer in his own right, he has a wealth of knowledge of all music. I love that I can have a conversation with Steve from Prince to Sinatra to Adele to Gershwin. He has a fantastic ear and kept reminding me, ‘KC, you don’t have to be perfect the first time!’ He helped me choose the spots to really let go, and he knew when subtlety was required.”

Chenoweth is particularly pleased, too, with the haunting Frank Sinatra number “I’m a Fool to Want You,” a song which she discovered just in time to include it on the album. “I hope somewhere up there, Sinatra is happy with my version.”

Another favorite is “I Get Along Without You Very Well.” “That one has personal significance for me that I think is self-explanatory.” Another favorite, she adds, “is ‘Smile.’ One of the biggest lessons I keep learning is to smile, even when you don’t feel like it. That song is in my top five of all songs ever written. Simple in nature, but deep with meaning. This may sound morbid, but I hope someday when I pass, someone sings that song in honor of me.”

Since achieving Broadway stardom with her roles in You’re a Good Man, Charlie Brown and Wicked, Kristin Chenoweth has effortlessly transitioned between her parallel careers in stage, television, film and music. After winning a Tony award for You’re a Good Man, Charlie Brown and earning Tony nominations for Wicked and On the Twentieth Century, she won an Emmy award for her role in the ABC TV series Pushing Daisies, and received two Emmy nominations for her work in the Fox series Glee. In addition to numerous other TV, film and stage projects, she was featured in 34 episodes of NBC’s The West Wing, was a guest judge on American Idol and Project Runway, and has recorded four studio albums. In 2014, Chenoweth released Coming Home, a live album, DVD and PBS special recorded at a historic concert in her hometown of Broken Arrow, Oklahoma.

“It would be impossible for me not to sing,” Chenoweth concludes. “I never feel like I’m not working on my next record, my next concert, the next show… It never occurred to me not to record music that I love. Even if it’s on my own tape recorder. Even if it’s on my iPhone. Music is life for me.”