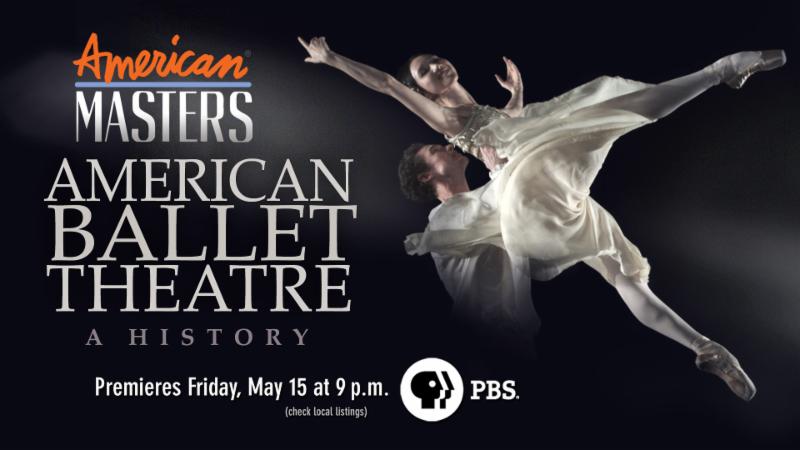 THIRTEEN’s American Masters series teams up with Emmy- and Peabody Award-winning filmmaker Ric Burns to co-produce a new documentary about American Ballet Theatre (ABT) in honor of its 75th anniversary.

“The story of American Ballet Theatre, and the breathtaking rise of dance in the U.S. over the last three-quarters of a century, is one of the most inspiring stories in the cultural world,” says Burns. “Ballet is the most poignantly ephemeral and expressive of all the arts, both earthbound and transcendent. And ABT, indisputably one of the greatest dance companies in the world, has torn down an incredible number of barriers, welcoming choreographers of every kind and dancers from around the world.”

“As we approach our 75th year, it is a tremendous honor to have Ric Burns and American Masters illuminate ABT’s history in such a rich and meaningful way,” said Rachel Moore, CEO of American Ballet Theatre. “I am certain the expertise and care Ric and his team have devoted to this film will offer a fresh perspective on our art form and serve as a fitting testament to this cultural institution.”

American Masters — American Ballet Theatre: A History chronicles the rise of the company from its earliest days as a small, financially struggling collective, to its pinnacle as one of the most respected and revered dance companies in the world. Beginning film production in 2006, Burns was given unprecedented access to the company and shot hundreds of hours of original footage, including dramatic live performances in Paris and Havana, grueling rehearsals at ABT’s flagship studio in New York City and slow-motion captures at Kaatsbaan International Dance Center in Tivoli, N.Y.

The footage from Kaatsbaan features iconic dances by nine ABT dancers, including Copeland, Murphy, Seo, Gomes, Isabella Boylston, Herman Cornejo, Daniil Simkin, Joseph Gorak and Cory Stearns, chosen by McKenzie for their diversity and breadth of talent to illustrate the ABT dancers’ formidable technicality, intricate artistry and nuanced emotion. Shot by Emmy-winning cinematographer Buddy Squires and a 30-person crew using Phantom Flex cameras – which capture up to 2,500 frames per second and brings to life even the smallest of movements – the footage brings a new dimension to the understanding of the extraordinary efforts made in the perfection of form: from the delicate placement of a fingertip to the perfectly executed jeté.

“Ric has created an entertaining film that will touch and transform both seasoned aficionados and those who never have seen a ballet,” says Michael Kantor, executive producer of American Masters.

Launched in 1986, American Masters has earned 28 Emmy Awards – including 10 for Outstanding Non-Fiction Series since 1999 and five for Outstanding Non-Fiction Special – 12 Peabodys, an Oscar, three Grammys, two Producers Guild Awards and many other honors. Now in its 29thseason on PBS, the series is a production of THIRTEEN PRODUCTIONS LLC for WNET and also seen on the WORLD channel.

To take American Masters beyond the television broadcast and further explore the themes, stories and personalities of masters past and present, the series’ companion website (http://pbs.org/americanmasters) offers streaming video of select films, interviews, photos, outtakes, essays and more.

As New York’s flagship public media provider and the parent company of THIRTEEN and WLIW21 and operator of NJTV, WNET brings quality arts, education and public affairs programming to more than 5 million viewers each week. WNET produces and presents such acclaimed PBS series as Nature, Great Performances,American Masters, PBS NewsHour Weekend, Charlie Rose and a range of documentaries, children’s programs, and local news and cultural offerings available on air and online. Pioneers in educational programming, WNET has created such groundbreaking series as Get the Math, Oh Noah! and Cyberchase and provides tools for educators that bring compelling content to life in the classroom and at home. WNET highlights the tri-state’s unique culture and diverse communities through NYC-ARTS, Reel 13, NJTV News with Mary Alice Williams and MetroFocus, the multi-platform news magazine focusing on the New York region. WNET is also a leader in connecting with viewers on emerging platforms, including the THIRTEEN Explore App where users can stream PBS content for free.

Steeplechase Films is the award-winning production company founded by Ric Burns in 1989. Over the past two decades, it has become one of PBS’ most trusted and honored collaborators, making a mainstay of bringing quality programming to public television and redefining the way audiences engage with American history. Director, writer and producer Ric Burns began his career co-writing and producing the celebrated PBS series The Civil War (1990) and has since directed over 30 hours of award-winning films, including Coney Island (1991), The Donner Party (1992), The Way West (1995), Ansel Adams (2002), Eugene O’Neill (2006), Andy Warhol (2006), We Shall Remain: Tecumseh’s Vision (2009), New York: A Documentary Film (1999-2003), Death and the Civil War (2012) and Enquiring Minds(2014). 2015 will see the release of American Ballet Theatre: A History, Debt of Honor: Disabled Veterans in American History and The Pilgrims.