REVIEW: About Face Theatre’s AFTER ALL THE TERRIBLE THINGS I DO 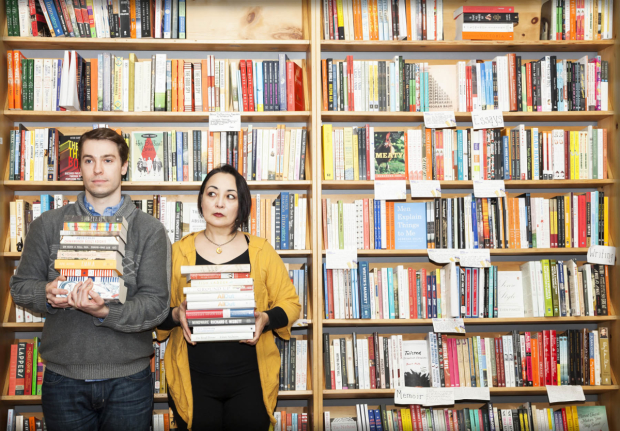 Stories of bullying and harassment are ubiquitous. Division and violence seem commonplace, whether it’s in the home or on the schoolyard. We often hear of teens committing suicide because of being bullied. We treasure the idea of what a “normal” kid should be, but being gay, unfortunately, does not fit this definition, ensuring that an LGBT teen is never more than a few footsteps from tragedy.

Written by the very talented A. Rey Pamatmat and under the masterful direction of Andrew Volkoff, After All The Terrible Things I Do follows the story of Filipino-American bookstore owner Linda (played by Lisa Tejero), and David, a new employee (played by Colin Sphar) who is a gay fiction writer. Their story examines the tragic effects of bullying on gay teens and how it has made each of them a victim. As they begin to trust and open up to each other about their lives, we discover they each harbor dark secrets from their past. It becomes clear as Linda and David work through the themes of the play that they have difficulty separating the norms of everyday behavior from their personal experiences of bullying and harassment. One question it asks – are you forever defined by the actions of your past?

Chelsea Warren’s realistic set design creates a cozy atmosphere, giving the audience a chance to relax. You feel as if you’re peering into the window of the bookstore, watching the story unravel with surprising twists and turns. At times, the dialogue shocks you. Even though I’ve heard similar stories, I still couldn’t believe some of the horrific descriptions of bullying that takes place and how hard it is for a gay teen to be accepted by their peers and family. In some of the scenes the silence spoke volumes and the actors gave committed, riveting performances.

I highly recommend this beautiful, engaging performance. If history tells us what happened, it is shows like this that tell us why.

For more information or to purchase tickets visit