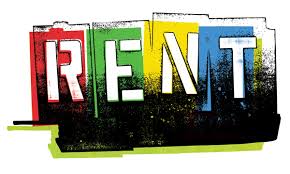 Theo Ubique’s 2015-16 season will have a decidedly Anglo-American flavor, featuring two of the longest-running musicals from each side of the Atlantic along with cabarets saluting America’s all-time favorite crooner and one of England’s most successful songwriting teams for theatre and film.
Today, Theo Ubique Cabaret Theatre Artistic Director and Co-Founder Fred Anzevino announced the company’s 2015-16 season, which will open in September with Blood Brothers by Britain’s Willy Russell. The musical drama is the story of twin brothers separated at birth – one raised by a rich family, the other by the impoverished birth mother of the boys. The musical ran an amazing 24 years in London’s West End. Anzevino will direct the production, with Resident Music Director Jeremy Ramey providing musical direction. Maggie Portman will choreograph.  Christina Hall, who played the title role in last season’s Always… Patsy Cline by Theo Ubique, will take the lead role of Mrs. Johnstone, the mother of the twins.

The company’s holiday production, running from November through January, will be My Way… a Musical Tribute to Frank Sinatra. This cabaret conceived by Todd Olson and David Grapes features more than two dozen songs popularized by Sinatra and will be performed by a cast of two men and two women. Anzevino, Ramey and Portman will again serve as stage director, music director and choreographer.

In spring 2016, Theo Ubique will stage the Pulitzer Prize and Tony Award-winning musical Rent, Broadway’s tenth-longest running musical of all time. The rock-infused score by Jonathan Larson will be performed acoustically in the intimate No Exit Café; a venue with more than a slight resemblance to the Life Café, the musical’s setting for its first act finale. Scott Weinstein, director of Griffin’s Titanic, and Seussical the Musical at Chicago Shakespeare, will direct. Daniel Spagnuolo, choreographer of Kokandy Productions’ The Full Monty, will choreograph. Ramey will be music director.

Theo’s cabaret for summer 2016 will be An Anthony Newley – Leslie Bricusse Songbook, celebrating the work of the British songwriting duo that created hits like “What Kind of Fool I Am,” “Who Can I Turn To” and “Feeling Good” for the innovative musicalsStop the World – I Want to Get Off and The Roar of the Greasepaint, The Smell of the Crowd. In addition to writing book, music and lyrics for those two West End and Broadway hits, Newley and Bricusse contributed songs including “The Candy Man” and “Pure Imagination” for the film Willy Wonka and the Chocolate Factory. Newley, who died in 1999, also enjoyed a career as a performer, taking leads in the musicals he co-wrote with Bricusse as well as headlining many concert, nightclub and television appearances. Bricusse wrote music and lyrics for the musical films Doctor Dolittle (winning an Academy Award for “Talk to the Animals”), Scrooge and Goodbye, Mr. Chips as well as lyrics for the stage musicals Victor/Victoria and Jekyll and Hyde.

ABOUT THEO UBIQUE
Theo Ubique began producing in 1997, first at the Heartland Studio Theatre, and then in 2004, at Michael James’s No Exit Café, where it began focusing on musicals and revues, reigniting the cabaret theatre trend in Chicago. Since then, Theo Ubique has produced more than 50 shows and received more than 40 Jeff Awards, having received more than 100 nominations. It has also received three After Dark Awards.

All performances will be held at the No Exit Café located at 6970 N Glenwood Ave.
www.theo-u.com

Student Rush All Season Long!
(All unsold tickets are $15 at the door with college ID. Tickets will be sold on site, cash only, at curtain. First come, first served, subject to availability.)