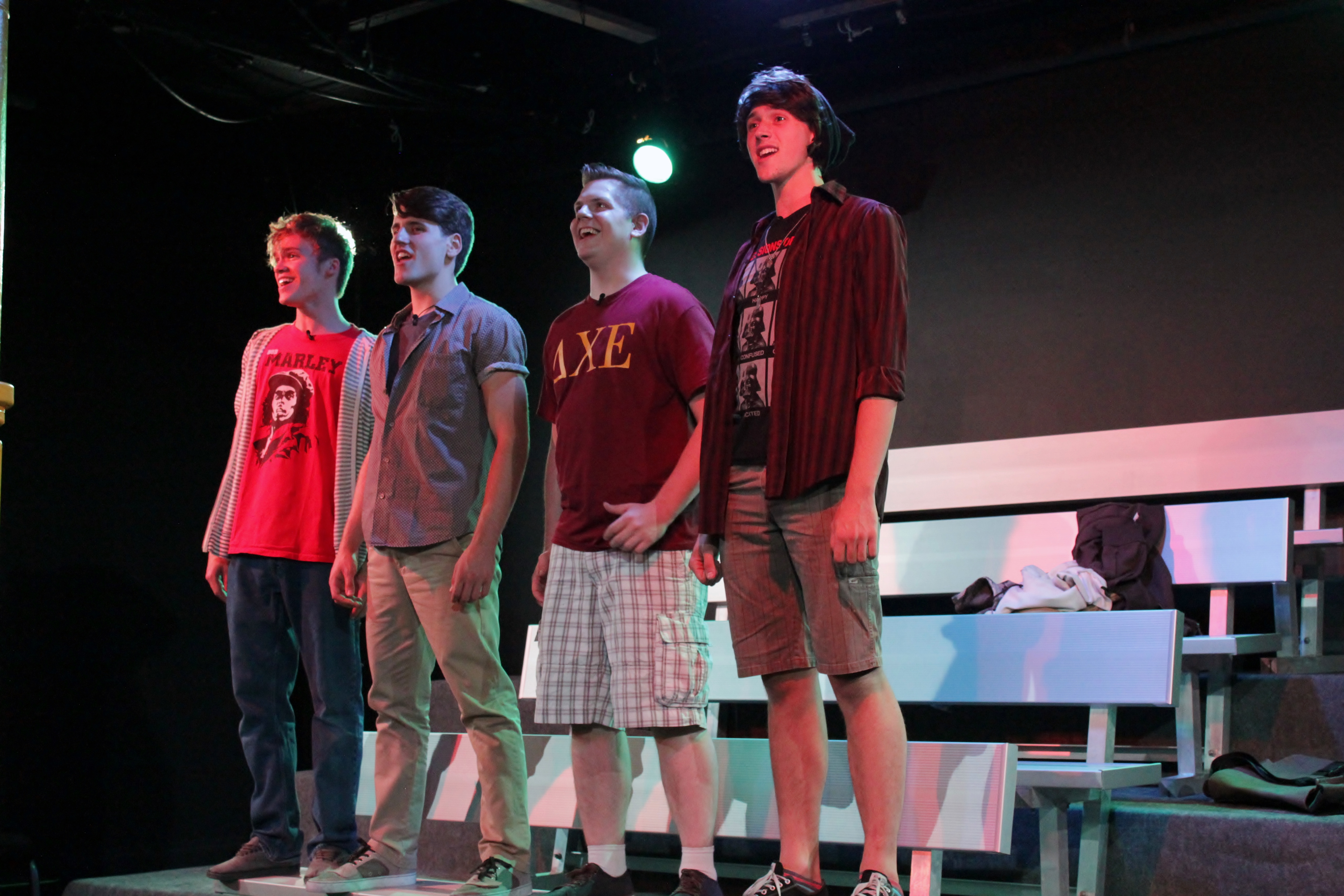 Men under the age of 25 are hardly the demographic for attending Broadway musicals, let alone writing one, but Nick Blaemire and James Gardiner did just that when their musical Glory Days ran on Broadway in May 2008. The Broadway production followed a World Premiere at the prestigious Signature Theatre in Arlington, Virginia in January of that year. Reviewing that production, the Washington Post’s Peter Marks said ”this fresh and vivacious one-act musical… gets down to the real and surprisingly moving business of the evening: nailing the intense sensation of inadequacy that boys can experience on the precipice of manhood.” The consensus among the New York critics, shared by the show’s many admirers, is that this four-character musical about late-teen male angst was better suited for smaller venues than a Broadway house. It closed after 17 previews and one regular performance.

Refuge Theatre Project, a new company founded last fall by Ross Egan and Morgan Glynn Briggs, believes it will find its audience among the hipsters of Wicker Park when they stage the musical’s Chicago Premiere in Room 300 of Collaboraction Theatre’s space in the Flatiron Arts Building in August.  The production, to be directed by Matt Dominguez (Men Exposed at Redtwist and The Royale at American Theater Company) will be performed in the venue’s club like setting and patrons will be allowed – even encouraged – to bring their own beverages. The environments both inside the venue and outside on the street will establish a tone far less staid than a Broadway theater.

The Glory Days cast will include Hunter Lindner (Jedlicka Performing Arts Center, 2014 graduate of North Central College) as Jack, Roy Brown (a recent graduate of New York’s Academy of Musical and Dramatic Art with credits including Cats at Theo Ubique, and Hair and Ragtime at Big Noise) as Andy, Billy Rude (Chicago College of Performing Arts) as Skip, and Brad Atkinson (Columbia College) as Will.