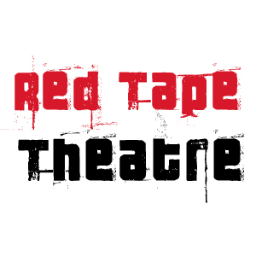 Red Tape Theatre is pleased to announce that Artistic Director and founding ensemble member James D Palmer (The Love of the Nightingale, Elephant’s

Graveyard), has been accepted into the MFA Directing Program at Brown/Trinity.  His final Chicago production will be Lear, which marks James’ return to the work of Young Jean Lee following the successful production of her two plays Church and Pullman, Wa in 2011.

As Red Tape says goodbye to James, they begin the search for what will be the third Artistic Director in Red Tape’s ten-year history.  Red Tape remains committed to producing new and experimental works that feature its diverse ensemble as well as talent from throughout Chicago.

“Red Tape provided me with a wonderful home.  I was able to create some remarkable productions thanks to the grace and commitment of my fellow ensemble members,”  says Palmer.  “I’m pleased with what I’ve accomplished in my six and a half years as AD and am happy to have helped create a stable home for our artists.”

“This is a real moment of celebration for our company,” said company Board Chair Eric Evenskaas.  “While it’s sad on many levels—personal and professional—to see James move away from Chicago, we take pride in that James’ acceptance into this prestigious program could not have happened without the Red Tape family.”

Red Tape’s Lear begins previews on May 9 and runs through June 22.  The cast features ensemble members Amanda Drinkall, Meghan Reardon, and Johnard Washington with Josh Davis, Anita Kavuu, Miriam Reuter (understudy) and Jake Szczepaniak (understudy). It’s King Lear.  But there’s no King Lear. Experimental playwright and Doris Duke Artist Award winner Young Jean Lee has penned a whimsical and psychologically disturbing look at a world in which the pater familias is noticeably absent.  The children are left to run the show but they must first overcome their anxiety and regret.  As the story goes off the rails, Big Bird arrives to help us make sense of the madness.

A committee comprised of board members, ensemble members, and staff members have convened to seek out Palmer’s replacement.  Gears are already in motion for a fall show with a full slate of plays to be announced after a new Artistic Director is named.

During his time at Red Tape, James produced 19 plays including the 5 world premieres and 7 Chicago premieres.  With former Managing Director Paul Miller he created the unique Fresh Eyes Project that has provided workshop opportunities for 18 playwrights.  The Chicago Fringe Artist Networking night, which annually presented the work of over 100 local artists, was the brain-child of James and his long-term partner and choreographer, Myah Shein.  Through his work at St. Peter’s Episcopal Church, James turned an unused gymnasium into a performance space that has featured many of Chicago’s prominent store front theatres.

He is in his sixth season as Red Tape Theatre Company’s Artistic Director after serving as Managing Director for two years prior.  James is a member of the Vestry at St. Peter’s Episcopal Church.  James has served on the Board of Directors for the League of Chicago Theatres as well as the TCG 2010 Host Committee.  He served for four years as the Executive Assistant at Steppenwolf Theatre Company.

ABOUT RED TAPE THEATRE:
Red Tape Theatre Company, now in its ninth season, is committed to the creation of new and experimental work. Red Tape’s plays invite audiences to reimagine their world. Red Tape’s work serves a vital purpose in our community: to arrest attention and create empathy. Our ensemble collaborates with playwrights, musicians, dancers, and visual artists on our three annual productions. This work is supported by our Fresh Eyes Playwrights Workshop and the Chicago Fringe Artist Networking Night, both of which are produced annually. Red Tape is housed in St. Peter’s Episcopal Church.  The unique performance space allows us to continually reinvent the audience/artist relationship.