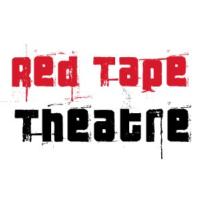 Red Tape Theatre is proud to announce the appointment of Brandon Ray as its new Artistic Director, the third in Red Tape's ten-year history. Ray was previously the inaugural Artistic Director of Chicago's New Leaf Theatre. He returns to Chicago theatre after receiving his MFA in Directing from Illinois State University's School of Theatre and Dance in May 2012. Ray has already begun the transition into his role with Red Tape.

“I am thrilled and honored to take leadership of Red Tape,” says Ray, “a company with a reputation for producing challenging work of the highest quality and with such a vital mission and commitment to its community. I cannot express the high regard in which I hold Red Tape's deeply talented ensemble and staff. I can't wait to get to work!”

While Artistic Director at New Leaf, Ray directed several productions, including two which received Joseph Jefferson award nominations for Best Ensemble: As It Is In Heaven and the US Premiere of David Hare's docudrama The Permanent Way, which was selected by Nina Metz as one of the “Best of the Fringe” for 2007 in the Chicago Tribune.

“This transition process has been galvanizing for our company,” says Red Tape Board Chair Eric Evenskaas. “The ensemble, staff and board have a greater connection now, and we're looking forward to this new chapter in Red Tape's life and to continuing our partnership with St. Peter's Episcopal Church.”

Ray assumes the position as long-time Artistic Director James D. Palmer exits to begin his MFA studies at Brown University/Trinity Rep. During his time at Red Tape, Palmer produced 19 plays, including 5 world premieres and 7 Chicago premieres. With former Managing Director Paul Miller he created the unique Fresh Eyes Project that has provided workshop opportunities for 18 playwrights. The Chicago Fringe Artist Networking Night, which annually presented the work of over 100 local artists, was the brain-child of James and his long-term partner and choreographer, Myah Shein. Through his work at St. Peter's Episcopal Church, James turned an unused gymnasium into a performance space that has featured many of Chicago's prominent store front theatres.

Red Tape has been developing plans for their tenth production season during this artistic leadership transition. The company will announce a full slate of productions for 2013-2014 later this summer.

Red Tape Theatre Company, just concluding its ninth season, is committed to the creation of new and experimental work. Red Tape's plays invite audiences to reimagine their world. Red Tape's work serves a vital purpose in our community: to arrest attention and create empathy. Our ensemble collaborates with playwrights, musicians, dancers, and visual artists on our three annual productions. This work is supported by our Fresh Eyes Playwrights Workshop and the Chicago Fringe Artist Networking Night, both of which are produced annually. Red Tape is housed in St. Peter's Episcopal Church. The unique performance space allows us to continually reinvent the audience/artist relationship.