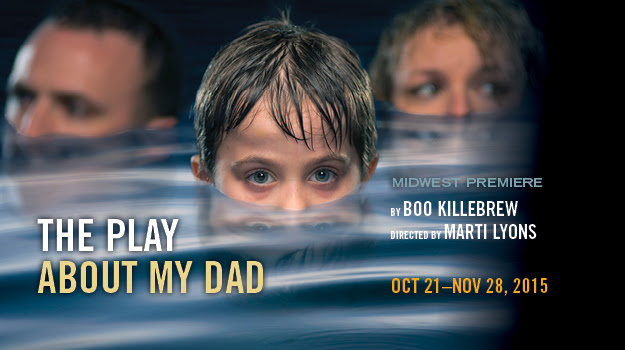 Raven Theatre’s cast and creative team for The Play About My Dad has been announced by Michael Menendian, the company’s Co-Founding Artistic Director. The play by Boo Killebrew, which opened at New York’s 595 E 59 Theatres in June 2011, tells of the author’s father, a doctor in Gulfport, Mississippi who stayed behind to take care of patients as the storm hit in August 2005. The characters’ fights for survival against the storm are played against the backdrop of the doctor’s relationship with his adult daughter, the playwright herself. Marti Lyons, Michael Maggio Directing Fellow at the Goodman Theatre and director of such recent productions as Body and Bloodat The Gift, Will Eno’s Title and Deed at Lookingglass and Hot Georgia Sundaywith Haven Theatre Company, will make her Raven Theatre debut as director. The play will be performed in Raven’s intimate West Stage space. Previews will be Wednesday October 21 -Sunday, October 25, 2015 with press openingsMonday, October 26 and Tuesday, October 27, 2015. The regular run will beOctober 30 – November 28, 2015. Tickets are on sale now at www.raventheatre.com or by calling 773-338-2177.

Raven Theatre is located at 6157 N. Clark St., Chicago. There are a limited number of free parking spaces available in the parking lot adjacent to the theatre, and free on-street parking is available nearby.

The Play About My Dad

All performances on Raven’s West Stage