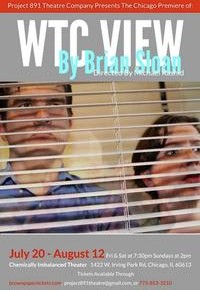 WTC View centers around Eric, whose ad for a roommate to help him afford his post-boyfriend NYC rent appears in the Village Voice on September 11th, 2001. Its main selling point? A view of the World Trade Center.