Pride Films and Plays to premiere Leo Schwartz’s musical THE BOOK OF MERMAN This new work by the Jeff Award winning creator of Under A Rainbow Flag will open January 17, 2015, at Mary’s Attic 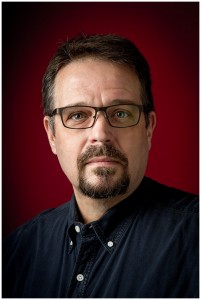 Pride Films and Plays announces the world premiere of The Book of Merman, a new musical comedy by Jeff Award-winning author Leo Schwartz. The show will open on January 17, 2015 at Mary’s Attic, 5400 North Clark Street.

When two Mormons ring a doorbell marked E.M. in a small town, they have no idea that a certain Ethel will open the door. With some dazzling parody music and Schwartz’s original songs, you will laugh throughout The Book of Merman and leave smiling, as it takes you to places you did not know you wanted to go.

The works of Jeff Award Winner Leo Schwartz (Under A Rainbow Flag – Best New Work, 2103; renamed HONOR!) have been performed Off-Broadway, in Chicago, and in Europe. His musical,NAUGHTY! was the Director’s Choice of the New York Musical Theatre Festival. Me and Capone – Or How I Died in the St. Valentine’s Day Massacre was featured at the SONY search for New Musicals in Cardiff, Wales. His film scores and films have won awards in numerous festivals. He is Composer-In-Residence for the Chicago Clarinet Ensemble. Leo receives frequent commissions and makes his residence in Chicago, Illinois.

Founded in 2010, Pride Films and Plays has received 10 Jeff Nominations, and 3 Jeff Awards for productions in our first two Jeff eligible seasons. Our season of full productions begins with the Chicago premiere of Terrence McNally’s Some Men running August 14 to September 13 at Rivendell Theater. In addition, our script and screenplay development programs continue throughout the year at Center on Halsted, including our Women’s Words Weekend (September 19 to 21) features plays and screenplays written by women with lesbian characters or themes, Gay Film Weekend (November 14 to 16) features GLBT screenplays and screenings, and Gay Play Weekend is in spring.