Pride Films and Plays Presents the Chicago Premiere of THE BOY FROM OZ, August 5=30 at Stage 773 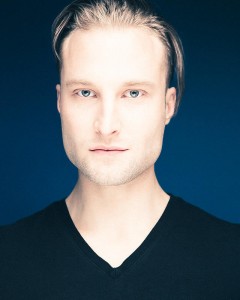 The Boy From Oz tells the amazing life story of celebrated songwriter and performer Peter Allen. Featuring songs by Peter Allen, book by Martin Sherman and Nick Enright, Direction by David Zak, Musical Direction by Robert Ollis, and Choreography by Cameron Turner, The Boy From Oz tells the exuberant yet heart-warming true story of a young Australian boy who loved to perform and ended up in the glamorous orbit of Judy Garland and her soon-to-be famous daughter Liza.


Musical Director Robert Ollis will lead a 6-piece band for the score which features Allen’s most moving and exuberant songs including the Oscar winning ‘The Best That You Can Do,’ plus ‘Quiet Please,’ I’d Rather Leave When I’m In Love,’ ‘Love Don’t Need A Reason,’ and the international smash hit ‘I Honestly Love You.’ Ollis is a four time Jeff Nominee for Musical Direction, winning the award for Bailiwick Repertory’s Kiss of the Spider Woman.

Director David Zak is the Executive Director of Pride Films and Plays, and has received 10 Jeff Nominations, winning four Jeffs for Directing (Animal Farm, Pope Joan, Parade, and Dr. Sex, all at Bailiwick Repertory), two for writing (The Count of Monte Christo, with Jeff Casazza, and The Hiroshima Project with Nicholas A. Patricca, Dwight Okita, and Anne V. McGravie) and a special Jeff for fostering diversity in Chicago theater.


Hailing from Denver, Colorado, Choreographer Cameron Turner moved to Chicago in 2008 to attend the Theatre Conservatory at Roosevelt University where he graduated with a BFA in Musical Theatre with the class of 2012. As a choreographer and performer, he has worked with companies such as Theo Ubique Cabaret Theatre, Light Opera Works, Emerald City Theatre, Timber Lake Playhouse and Bailiwick Chicago.