Pride Films and Plays’ hit new musical THE BOOK OF MERMAN to move to the Apollo Theater Studio Feb. 26 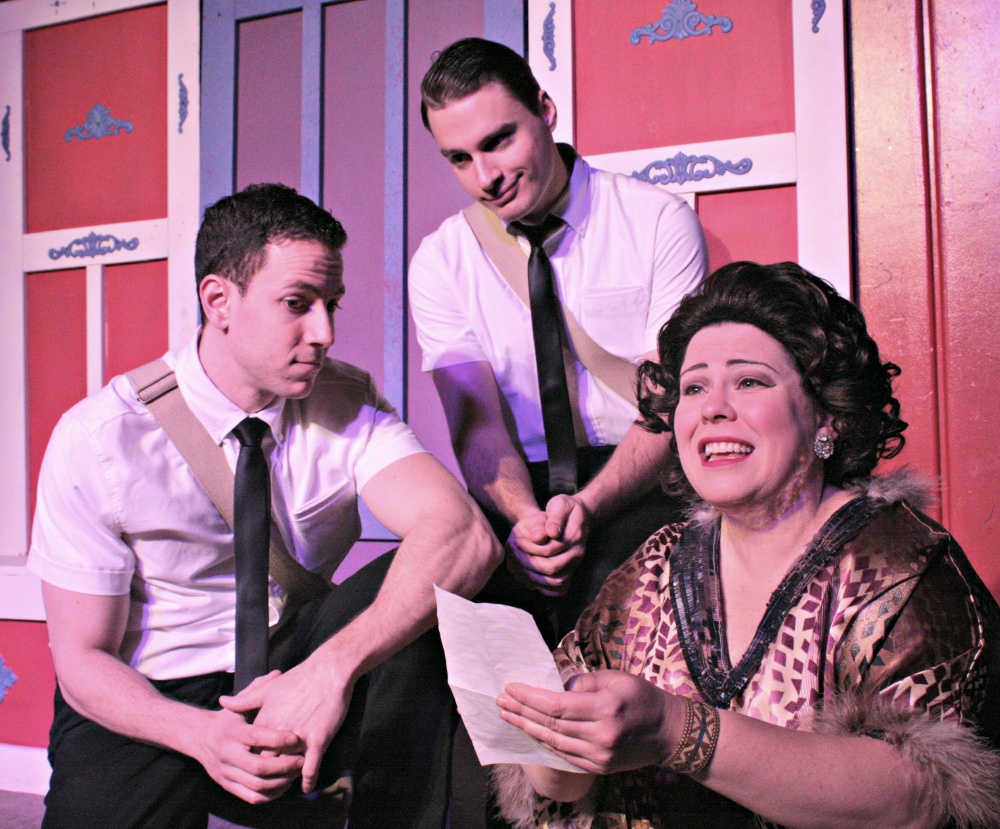 Pride Films and Plays announces the transfer of its world premiere production of The Book of Merman to a new six-week engagement at the Apollo Theater Studio, 2540 N. Lincoln, Chicago. The new musical comedy by Jeff Award-winning author Leo Schwartz has been playing to sellout crowds at Mary’s Attic in Andersonville since its opening on January 17, 2015. The show’s final performance at Mary’s Attic will be February 15th, and following a one-weekend hiatus for the move, it will reopen at the Apollo on February 26 for a six-week run through April 5, 2015.

Showtimes at the Apollo will be 7:30 pm on Thursdays, Fridays, and Saturdays; and 3:30 pm on Sundays. Tickets are $30 for all performances, with $5 discounts for seniors and students and are on sale through Ticketmaster and the Apollo box office (773-935-6100). Premium tickets with prime reserved seating for each performance are $35 (available through the Apollo Theatre Box Office only).

When two Mormons ring a doorbell marked E.M. in a small town, they have no idea that a certain Ethel will open the door. With some dazzling parody music and Schwartz’s original songs, you will laugh throughout The Book of Merman and leave smiling, as it takes you beyond parody and into a sweet story of self-awareness and acceptance.

The works of Jeff Award Winner Leo Schwartz (Under A Rainbow Flag – Best New Work, 2103; renamed HONOR!) have been performed Off-Broadway, in Chicago, and in Europe. His musical, NAUGHTY! was the Director’s Choice of the New York Musical Theatre Festival. Me and Capone – Or How I Died in the St. Valentine’s Day Massacre was featured at the SONY search for New Musicals in Cardiff, Wales. His film scores and films have won awards in numerous festivals. He is Composer-In-Residence for the Chicago Clarinet Ensemble. Leo receives frequent commissions and makes his residence in Chicago, Illinois.