Complete casting and creative team have been announced for Pride Films and Plays’ production of the Tony Award-winning musical, Priscilla: Queen of the Desert, which will open in January as the company’s inaugural production in their two-stage Pride Arts Center. The musical will be performed in The Broadway, the center’s 85-seat theatre at 4139 N. Broadway. Executive Director David Zak will co-direct the production with Artistic Associate Derek Van Barham. Artistic Associate Robert Ollis will be Music Director, Jon Martinez will choreograph and Jeff Award-winner John Nasca is designing the costumes.

The trio of performers – two drag queens and a transgender woman – who traverse the Australian Outback in a beaten-up bus nicknamed “Priscilla” will be played by Honey West, Jordan Phelps and Luke Meierdiercks, with Jill Sesso, Tuesdai Perry and Rebecca Coleman as the three Divas and John Cardone as Bob.
West will play Bernadette, the transgender performer portrayed by Terence Stamp in the original film on which the musical was based. West is a longtime Chicago performer of musical theater and cabaret who has appeared in such productions as Dirty Dreams of a Clean Cut Kid, Vampire Lesbians of Sodom, Diva Diaries, Jerry’s Girls, Tony and Tony’s Wedding and Pussy on the House, where she received a Best Actress Award from Broadway World.com. She has won two After Dark awards for Outstanding Cabaret. Zak believes this is the first time a trans actress has played Bernadette. 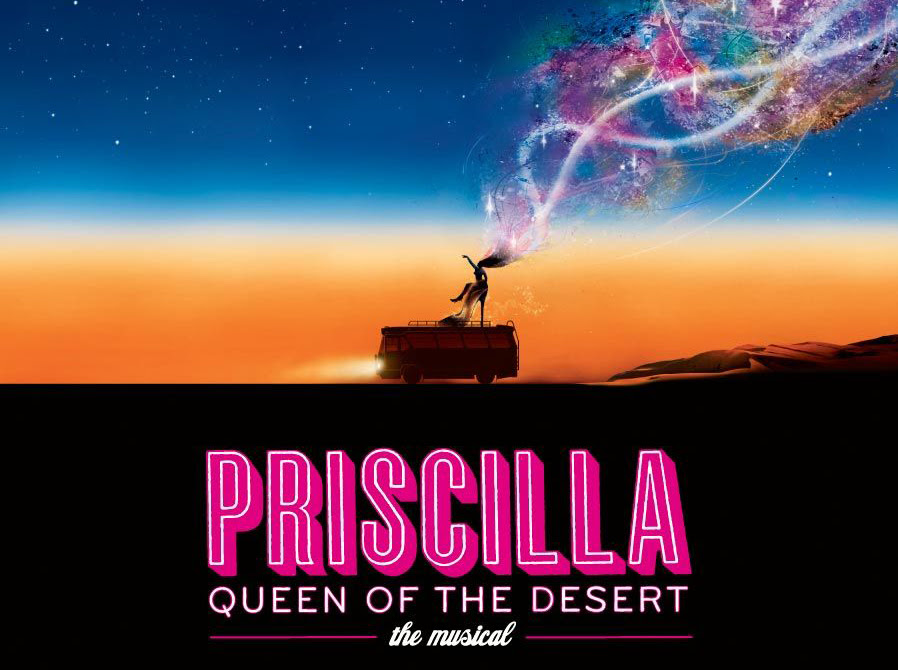 PFP company member and two-time Jeff Award nominee Jordan Phelps (with nominations for Principal Actor in a Musical for Pride Films and Plays’ Songs from an Unmade Bed and Supporting Actor in a Musical for Theo Ubique’s Blood Brothers) will play Tick, the performer with an ex-wife and a young son who is anxious about the upcoming reunion with them at the end of the bus journey. Some of Phelps other roles include Under a Rainbow Flag and Angry Fags (Pride Films and Plays), Fly by Night, Blood Brothers, A Kurt Weill Cabaret (Theo Ubique) and The 39 Steps (Theater at the Center).

The three Divas, characters not in the film who are our musical guides for the journey, will be played by Jill Sesso, Tuesdai Perry and Rebecca Coleman.

Perry, making her PFP debut, has had roles in Alexander and the Terrible, Horrible, No Good, Very Bad Day; Junie B. Jones and Peter and the Wolf (Northbrook Theatre).

Coleman recently returned from Osaka, Japan, performing for Universal Studios Japan and is excited to be back on the American stage. Her prior credits include, Rent, The Wiz, Legally Blonde, Dreamgirls (Erie Playhouse); RACE, Title of Show (DramaShop).

John Cardone will play Bob, the unhappily married auto mechanic who befriends the three along their journey. Cardone’s credits include Guys and Dolls and Wonderful Town (Light Opera Works); St. Joan of the Stockyards, A Kiss from Alexander (Jeff nomination) and a long run in Naked Boys Singing (all with Bailiwick Repertory Theater) and Scream, Queen, Scream and Sexy Baby (Hell in a Handbag).

Performances will begin with previews January 12- 16, 2017. The press opening is scheduled for Tuesday, January 17 and the run will continue through February 12, 2017. Tickets are now available to subscribers. Single tickets will go on sale November 1.

David Zak (co-director) has won seven Jeff Awards in Chicago, including four for Directing (Animal Farm, Dr. Sex, Parade, Pope Joan), two for writing (The Hiroshima Project, The Count of Monte Cristo) and a special Jeff for “Fostering Diversity in Chicago Theater.” In his 27 year stint as Artistic Director of Bailiwick Repertory, he directed the world premiere production of The Christmas Schooner, the US premieres of Sir Peter Hall’s Animal Farm and Jerry Springer – The Opera, and many original works including the political dramas The Hiroshima Project and Sin: A Cardinal Deposed. He has directed in London (The Irish Curse), Seoul (Dollhouse, Fanta Stick, The Ghost’s Cookbook), Dublin (Oh, Holy Allen Ginsberg, At the Flash), Boston (Sin: A Cardinal Deposed), Los Angeles (Dr. Sex, At the Flash) and New York (Marlowe and Poseidon: An Upside Down Musical). His productions of the American Premieres of Jerry Springer – the Opera and Sir Peter Hall’s Animal Farm won Jeff Awards for Best Musical, as did his productions of Parade, Pope Joan, and Dennis DeYoung’s Hunchback of Notre Dame.

Derek Van Barham (Co-Director) is an Artistic Associate with Pride Films & Plays and a member of the Red Tape Theatre ensemble. PFP credits include Angry Fags (Steppenwolf Garage), BITE and Kill Your Boyfriends (original pieces), Some Men (with David Zak), and Songs from an Unmade Bed (Jeff nomination). Chicago credits include From These Fatal Loins (The Ruckus), Miracle! and Skooby Don’t (Hell in a Handbag), and TRASH (New American Folk Theatre).

Robert Ollis (Music Director) is an Artistic Associate of Pride Films & Plays and served as Music Director for PFP’s productions of The Boy from OZ, Songs from an Unmade Bed, A History of Summer and The Book of Merman, plus the premiere of Leo Schwartz’s award-winning Under a Rainbow Flag. He recently served as Co-Music Director for Underscore Theatre’s new musical Haymarket: The Anarchist’s Songbook. Robert received a Jeff Award for musical direction of Kiss of the Spider Woman. Robert is the music director and co-creator of Judy and Liza: The London Palladium Concert — a Tribute, and accompanies other notable cabaret performers in New York City and Chicago venues.

Pride Films and Plays changes lives through the generation of diverse new work (or work that is new to Chicago) with LGBTQ+ characters or themes that is essential viewing for all audiences. We accomplish this mission through fully-staged productions, writing contests and staged readings, film screenings, and special events. We foster long term relationships with artists to create programming that is as diverse, unique, and complex as the community we represent. In 2015, Huffington Post called PFP “A powerful and empowering entity.” The company acquired its two performance spaces at 4139 and 4147 N. Broadway in July 2016, renaming the spaces the Pride Arts Center.