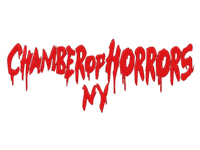 Have you ever watched in wonder as dry ice vaporizes in to cloudy haze? That effect takes places when carbon dioxide transitions from its frozen state, which can only exist below -110 degrees Fahrenheit, to its gaseous state in a process called sublimation where it skips being a liquid altogether.
While the food industry relies on dry ice to store and transport perishables, haunted attractions know that dry ice sublimating in water makes for a spooky witches’ brew with slow, whispy clouds of vapor billowing out low to the ground.
This classic example is just one of the ways that Chamber of Horrors, the famed Long Island haunt hosted at Play it Like a Pro, brings fear, mystery and horror to life for over 10,000 guests each year. The team behind the attraction applies science, technology, math and engineering principles to nearly every aspect of the haunt experience, demonstrated a unique way that STEM fields are present in entertainment.
“Haunts are built on a lot of authentic terror and a horrifying storyline, but we rely on good science to make it a world class experience. We use insights about the human senses from a biology perspective and manipulate those with precise chemical and physical processes to produce top-notch special effects,” said owner Marty Arominsky.
Consider, for example, inhibiting reliability of the sense of sight using strobe lighting to make your surroundings appear as if they’re moving in slow motion. The technology of strobe lights that pulse at a set speed are key to the masters of terror at Chamber of Horrors, as the intermittent illumination in a room otherwise devoid of ambient light forces the brain to merge perceived images.
The resulting effect is feeling trapped in spite of moving or believing that an object or person is farther away than it actually is. The induced panic and sensation of inescapability is just a failure of the eye to differentiate images that get momentarily “stuck” on the retina.
“The strobe effect is an old favorite, one that’s been around for a while, but still mystifies guests. It’s truly just a mastery of blending basic light technology with a carefully crafted ambient setting,” said manager Frank Ingargiola.
One of the more involved engineering feats involved in the Chamber of Horrors experience is the creation of ghosts using lighting techniques known as “Pepper’s ghost.”
This involves constructing the haunt in such a way that an ultra-clear glass material is set at a 45 degree angle to the audience creating a divide between two scenes. The image behind the glass is then cast in a partial reflection to the audience side, creating a transparent, ghostlike image.
“Refraction, reflection and careful construction—it’s an exercise in introductory physics that defies our desire to make anything we can see tangible,” said Arominsky. “We can create a ghostly projection of some gruesome images.”
Beyond the hard science, the entire haunted attraction is driven by fear—an emotion that triggers countless neurological reactions by releasing a chemical cocktail of dopamine, serotonin, and adrenaline throughout the body. The biological and psychological reactions to fear that are very much instinctual and uncontrollable are some of the most critical scientific components at play in the attraction.
Chamber of Horrors actors know that this is where the root of the fear is—the psyche and the conscious mind that can’t quite make sense of the unknown, unexpected and downright unworldly experiences of a world-class haunt.