Pop-Open Staging Delights in Dead Writers THE IMPORTANCE OF BEING EARNEST, Opening July 1 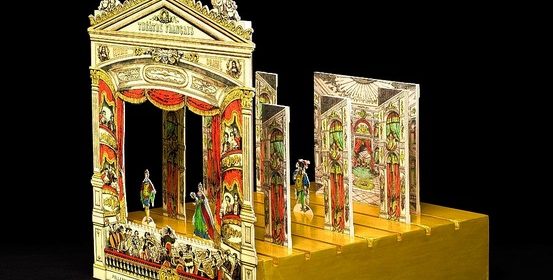 Dead Writers Theatre Collective uses pop-open as well as flat layered staging pieces to pack a full-scale production of the Oscar Wilde classic, The Importance of Being Earnest, on a small stage. Opening July 1 at The Athenaeum Theatre, 2936 N. Southport Ave., this historically accurate yet whimsically creative approach puts the audience inside a Victorian toy theatre. “We’re using a wonderfully detailed hand-painted proscenium to frame the top and sides of the stage,” states DWTC director Jim Schneider. “Then, each of the three acts are created from several layered pieces just like a Victorian Valentine.”

This historically relevant staging approach is an ideal way to showcase the play that is now seen by most historians as Wilde’s Valentine to the Victorian gay underground he inhabited with young long lover, Lord Alfred Douglas.  “Earnest was a secret code word known among the gay crowd for homosexual while Bunburying was a double pun for gay sex,” states Schneider. “This play was Wilde’s gay statement to the aristocracy whose hypocrisy he despised. The general audience was unaware of Wilde’s joke, but he got what would turn out to be his parting shot. Wilde was imprisoned for sodomy a few weeks later.”

In the first half of the 19th century, toy theatres were produced for more than 300 of London’s most popular plays. “We’re bringing our audience into a giant-size version of the printed paper toys that Victorians assembled to perform a show in their parlors,” explains stage designer Eric Luchen. “There is an incredible amount of detailing in every piece. The entire stage area is 20’ x 24’ and everyone in the audience will be close enough to see and enjoy all the details.”

Watching the stage quite literally unfold would be reason enough to see this production which runs from July 1 through July 31. DWTC Managing Director Bob Douglas, however, is confident that the acting and costuming will definitely outdo even the lavish staging. “We’re once again being meticulous with our performances and costumes,” he states. “Wilde used the stage to launch fashion trends and this was the wonderful glittering world of the Victorian Dandy — a time when gentlemen wore top hats and velvet collars while holding an elegant walking stick in a white gloved hand.” 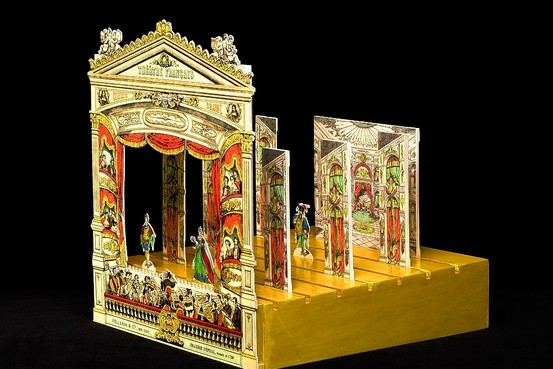 Tickets are available at the Athenaeum Box Office at 773-935-6875 or through their website at www.athenaeum.org.

Recently chosen to be Jeff Eligible, Dead Writers Theatre Collective is dedicated to producing works either by or about dead writers.  They are the only group of directors, designers, actors, playwrights and educators who focus solely on the writer’s original voice rather than imposing contemporary interpretations of his/her work. Their goal is to provide audiences a chance to understand the original work through its own uniquely beautiful aesthetics.  To find out more, contact: Dead Writers Theatre Collective, 1143 West North Shore Avenue, Chicago, IL 60626.  773-305-8221  bob@deadwriters.net