Podcast With Ronald Keaton & Mark Kosten of THE CHRISTMAS SCHOONER

Podcast with Ronald Keaton & Mark Kosten of The Christmas Schooner from Michael Roberts on Vimeo. 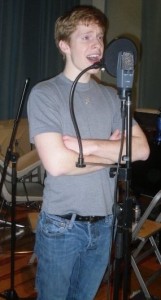 THE CHRISTMAS SCHOONER returns to the Mercury Theater (3745 N. Southport, Chicago), through December 30, 2012. The whole family will enjoy this heart-warming story of the first Christmas tree ship and the family who risked their lives to fill Chicago with the Christmas spirit. This critically acclaimed production features a powerful, moving story, an exquisite score of original music and traditional holiday favorites, and a company of 25 actors and musicians.  This year’s production commemorates the 100-year anniversary of the historic voyage of the Christmas Tree Ship.

The shipwreck of the Rouse Simmons, known as ‘The Christmas Tree Ship’, served as inspiration for THE CHRISTMAS SCHOONER.  Her captain and crew risked the notoriously violent winter lake to bring Christmas trees from Michigan’s Upper Peninsula to Chicago’s German immigrants. Each year, Captain Herman Schuenemann would sell trees right off of the ship at the Clark Street Docks, and was known to give free trees to the needy. On November 23rd 1912, the ship was swept up in a terrible storm. It was not until 59 years later that she was discovered, lying in 170 feet of water. Today the Rouse Simmons and her cargo of 5,500 well stacked trees remain preserved in the cold, fresh waters of Lake Michigan and her legend has grown to mythical proportions. The Blaine Nickelodeon – the silent film theater that now houses the Mercury – opened that very same year. 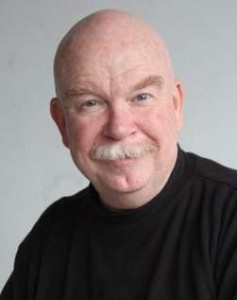 THE CHRISTMAS SCHOONER has entertained audiences in hundreds of productions including a twelve year run at Chicago’s Bailiwick Repertory Theatre. Last year the Mercury revived the tradition with a full orchestra and an all-star cast, garnering a “Best Production” nomination for the 2012 Jeff Awards. The Chicago Tribune calls this show “a grand family tradition” and “a sacred part of a Chicago Christmas”. The Chicago Sun-Times raved, “an inheritance to be treasured”, “pleases in every way”, “highly recommended”. A timely and uplifting tale of love and loss, THE CHRISTMAS SCHOONER reminds us of tradition, and our responsibility to celebrate the living while honoring our heritage.

The Mercury Theater is an intimate jewel-box in the heart of a sophisticated neighborhood of restaurants and shopping just steps from Wrigley Field.  It adjoins two restaurants; Cullen’s Bar and Grill and Deleece, who offer dining and libations before and after the show. Early in 2012, the Mercury debuted new audience amenities, including new spacious restrooms and an open-air box office.