Podcast with Linda Balgord from Michael Roberts on Vimeo. 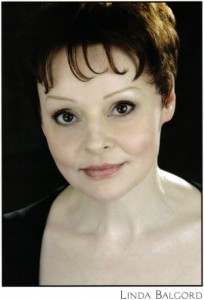 Musical theatre star Linda Balgord discusses her famous roles in Sunset Blvd., Cats, Aspects of Love and The Pirate Queen. Ms. Balgord is currently appearing in Now & Forever: The Music of Andrew Lloyd Webber at the The Marriott Theatre in Lincolnshire.

The Marriott Theatre, 10 Marriott Drive in Lincolnshire, will present an all-star cast in the World Premiere of NOW AND FOREVER: The Music of Andrew Lloyd Webber, featuring the legendary composer’s greatest musical treasures. The production, which launches the 2013 season, will preview January 16, open January 23 and run through March 17.

The Marriott Theatre, Chicago’s longest running musical theatre, has been given the honor to create a theatrical celebration of arguably one of the most successful musical composers of all-time, Andrew Lloyd Webber.  A cast of Broadway and Marriott favorites, young rising stars, concert dancers, and musical theatre hoofers has been assembled to bring this iconic music to life.  NOW AND FOREVER will offer a treasure chest of music from such beloved Webber musicals as EVITA, CATS, JESUS CHRIST SUPERSTAR, WHISTLE DOWN THE WIND, JOSEPH AND THE AMAZING TECHNICOLOR DREAMCOAT, STARLIGHT EXPRESS, and SUNSET BOULEVARD. NOW AND FOREVER will also feature music from the mega hit musical PHANTOM OF THE OPERA and its sequel LOVE NEVER DIES, which has yet to play in North America. 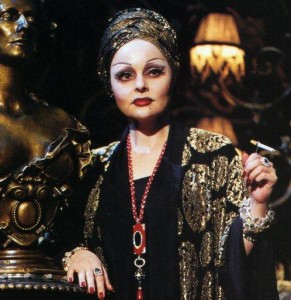 The performance schedule is Wednesdays at 1:00 p.m. and 8:00 p.m., Thursdays and Fridays at 8:00 p.m., Saturdays at 4:30 p.m. and 8:00 p.m., and Sundays at 1:00 p.m. and 5:00 p.m.  Ticket prices range from $40 to $48, excluding tax and handling fees.  Students 17 and under and senior citizen 62 and older receive $5.00 off a full price theatre ticket for Wednesday Matinee, Saturday Matinee, Sunday Matinee and Sunday Afternoon performances.  On Wednesday and Thursday evenings a limited number of Dinner and Theatre tickets are available for only $55.00 per person. For Friday, Saturday, and Sunday evening dinner reservations in The King’s Wharf or Fairfield Inn, please call 847-634-0100. Free parking is available at all performances. To reserve tickets, please call the Marriott Theatre Box Office at 847.634.0200. Visit www.MarriottTheatre.com for more information.