Chicago restaurateur Tom Powers discusses hosting the new Discovery Channel series BAR HUNTERS, where each week, he brings his expertise of the restaurant industry and teaches wannabe bar owners how to turn their dreams into a cash making reality.    Tom also opens up about why the project is so important to him, being a first time tv host and the how the restaurant industry has changed over the last twenty years.

A restaurant industry insider since the early 1990s, expert Tom Powers started his career at Chicago’s famed MARCHE restaurant.  Climbing the restaurant rungs quickly, he advanced to General Manager of this Windy City restaurant in only 7 months, driving sales from $3 million in it’s first year to over $6 million in it’s third.

Riding the tidal wave of success, he set out on his own, opening and operating Harvest on Huron, which was voted 1997’s Best New Restaurant by the Chicago Tribune.  Harvest went on to achieve both financial and culinary success, featured in publications such as Food and Wine, Saveur, Gourmet, Wine Spectator and Crain’s.

It wasn’t long before future restaurateurs sought out Tom Powers as a consultant in the restaurant and bar arena.  With a wealth of understanding about what it takes to make a space successful, Tom sought out challenging locations and concepts, pioneering neighborhoods as they began their revitalization.

Tom understands the opportunity in a space, developing the layout of a proper service environment and building the food, beverage and service programs.  With this knowledge in hand, he successfully guided 26 restaurants and bars to their opening day between 1993 and 2010.

In October 2010 he launched the foodie acclaimed Gastrotommy.com (An online guide to the cultured world of food and wine).  This website has secured a prestigious position within the wine and food community.

Tom is a certified Sommelier in the Court of Master Sommeliers and a respected lecturer in the industry, giving classes throughout the United States and Europe for over 20 years. Tom lives in Chicago with his wife Kara and son Michael. 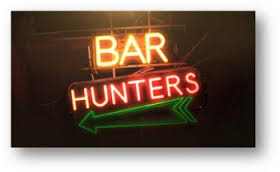 BAR HUNTERS: Opening a bar is no party. While many people dream of running a bar of their own, at least half of them fail within the first year. Enter renowned bar expert and sommelier Tom Powers, who has helped open more than two dozen successful restaurants and bars.  Now he’s using his expertise to help first-time bar owners find their dream bars in the new series BAR HUNTERS, premiering Monday, October 21, at 10 PM E/P on Discovery. Each week, Tom will hunt down three high potential spots and reveal how each location can be transformed into the ultimate money making investment. But not all spaces are created equally, with each having its own share of positives and negatives. Tom gives his expert opinion, ranking each space on a scale of one to 10 for success.  But ultimately, the decision is in the hands of the bar newbies who must decide which space fits their budget and concept.