Stage and screen legend Debbie Reynolds discusses her upcoming concert at Drury Lane Theatre as well as great moments that shaped her career, including memories of filming Singing in the Rain, how she became “Molly Brown” and her more recent struggles; all to be chronicled in Ms. Reynold’s new memoir “UNSINKABLE” .   Ms. Reynolds  talks about her great showbiz friendships, including Tony DeSantis, Phyllis Diller.  Ms. Reynolds opens up about her great friendship with Liberace and speaks of her new film role playing his mother, opposite Michael Douglas and Matt Damon. 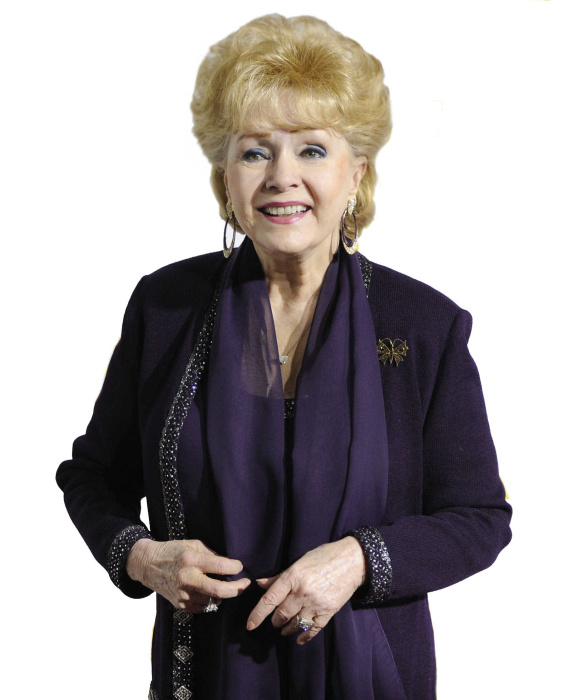 Iconic Hollywood entertainer Debbie Reynolds will perform in a limited engagement at Drury Lane Theatre, 100 Drury Lane, on Monday, September 17 at 1:30 p.m. and 7:30 p.m. and Tuesday, September 18 at 1:30 p.m. As the star of more than thirty motion pictures and two Broadway productions, Reynolds continues to captivate audiences around the world with her immensely successful variety show that features Broadway favorites and comedy.  Tickets are already selling quickly.

Reynolds’ career began unexpectedly in 1948 when she won a beauty contest at the age of 16. Two of the contest judges were scouts from Warner Brothers and MGM. When they heard Reynolds’ show-stopping rendition of Betty Hutton’s “I’m Just a Square in a Social Circle,” they took an interest in the talented singer.  With their help, Reynolds eventually became a triple-threat star.  She soon made her screen debut with June Haver and James Baron in “The Daughter of Rosie O’Grady.” A subsequent performance in a Busby Berkley musical, “Two Weeks with Love,” convinced Louis B. Mayer to choose Reynolds for the lead female role opposite Gene Kelly and Donald O’Conner in “Singin’ in the Rain,” which received several Academy Award and Golden Globe nominations and was ranked #1 on the American Film Institute’s list of the top 100 musicals of all time.

The young actress went on to star in more than 25 films, including her Academy Award nominated role in “The Unsinkable Molly Brown.”  Her career skyrocketed and in addition to appearing as a leading lady in musicals and comedies, she performed on television and in nightclubs, recording smash hit songs such as “Tammy,” “Am I That Easy to Forget” and “Cocktail Hour.”  Reynolds had a recurring role in the sitcom “Will and Grace” and recently appeared in the 2012 comedy “One for the Money,” which also starred Katherine Heigl.  In addition to her Oscar nomination, she is the recipient of five Golden Globe nominations, two Emmy Award nominations and one Tony Award nomination.