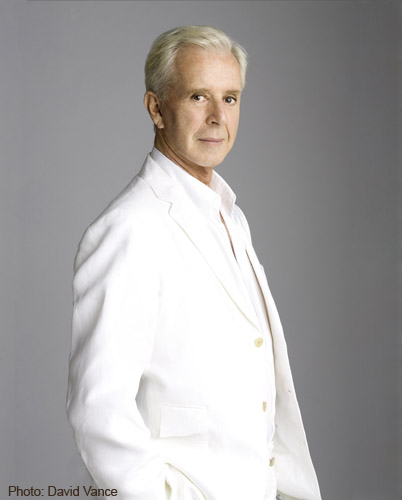 David Leddick is an author, playwright and actor.

He has 23 books published: many photography books about the male nude (including one of Taschen’s top-ten bestsellers, “The Male Nude”), and the second edition of “In the Spirit of Miami Beach” (from Assouline Books).

Leddick has published six novels (including “My Worst Date” and “The Sex Squad”), and a biography of art figures from the 1930s and 1940s, “Intimate Companions.”

The author’s newest book, “Gorgeous Gallery,” is a collection of homoerotic art published by Bruno Gmunder and will be available worldwide in June. Leddick’s next book will be “Meaningless Hugs, Meaningless Kisses,” an impressionistic “imagined memoir” about a gay man’s life in his 70s.

He was born in 1930, and after graduating from the University of Michigan served as an officer in the U.S. Navy. He was at Bikini Atoll during the hydrogen bomb testing. Leddick moved to New York in the 1950s, and was a ballet dancer. He was with the Metropolitan Opera where he appeared onstage with great Divas such as Maria Callas.

Leddick has worked in advertising as the Worldwide Creative Director for Revlon in New York, and as International Creative Director for L’Oreal in Paris, through the 1970s and 1980s. He created some of the era’s most iconic beauty campaigns (including the groundbreaking TV commercial for Jontue fragrance http://www.youtube.com/watch?v=nDsPLNT2qq0).

He began a new career at the age of 65 as a writer, creating male nude photography books and writing novels. His first novel, “My Worst Date,” was the most reviewed first novel from St. Martin’s Press.

Resuming his theater career at the age of 70, he has written the scripts and lyrics for a number of musicals and plays he has performed throughout the U.S., Europe and South America.

Now in his 80s and living in Miami Beach, Leddick wants to write about reporting back from what he calls the “uncharted territory of aging.” He considers living in his 80s to be the new late middle-age: “After romantic relationships and living life to the fullest through my 70s, I feel like I have gone out into an unknown frontier from which no one has reported back.” His next books about this are “How to Hit 70 Doing 100” and “Sexercise at 70.”

“I call everyone who is over 65 a Sextennial, and we are all going to share a new, rich experience in this last third of our lives – a productive and exciting time which has never existed historically before.”