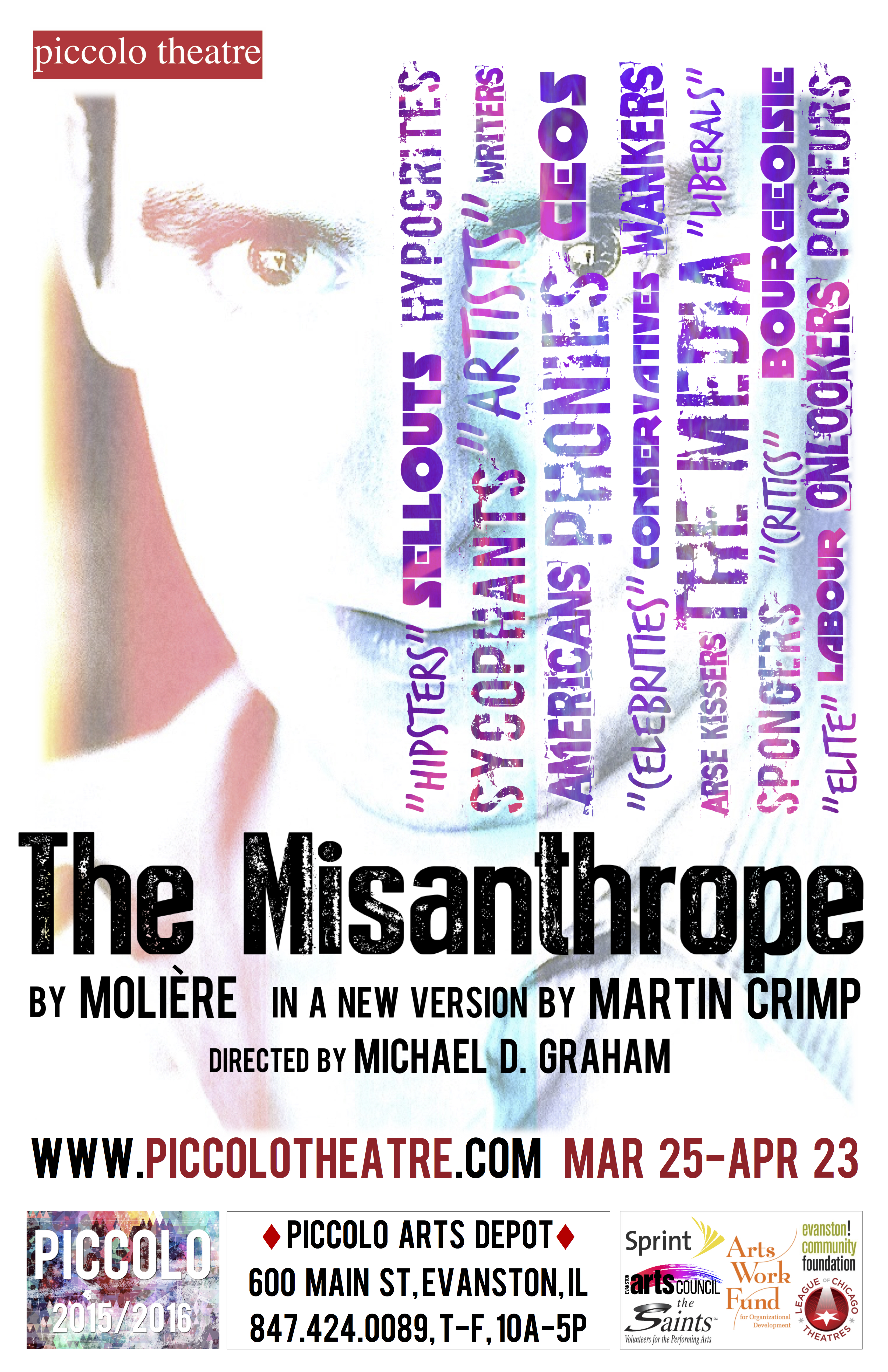 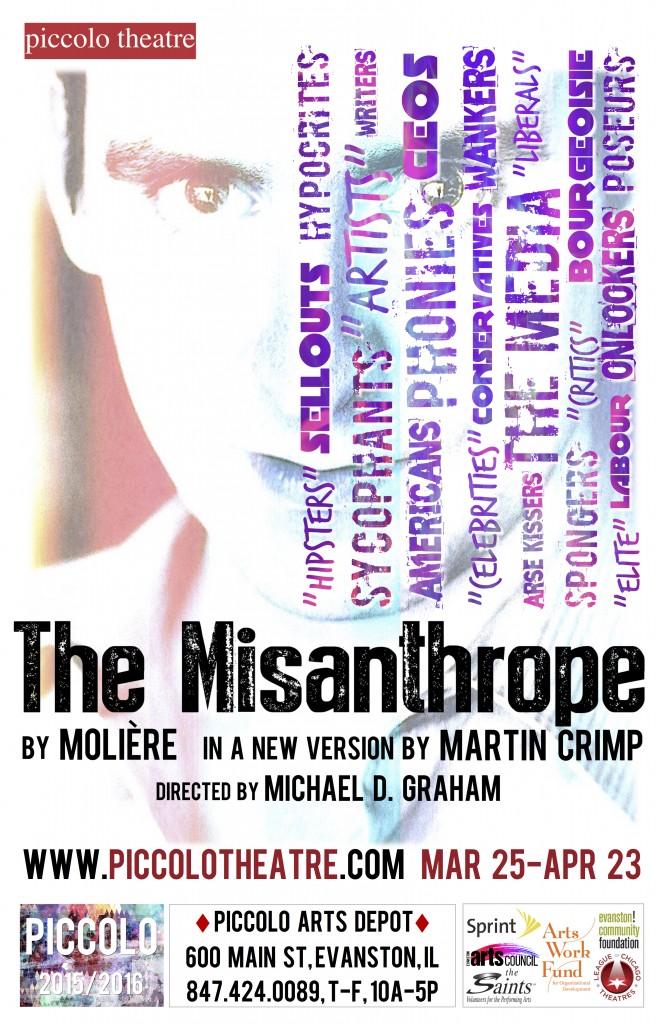 Piccolo Theatre presents The Misanthrope, in a new version by British playwright, Martin Crimp.  The production serves as a new exploration of modern comedy for Piccolo, known historically for its repertoire of period pieces and Pantos.  Under the direction of Artistic Director Michael D. Graham, The Misanthrope will prove to be a turning point for Piccolo Theatre while serving its mission to make people laugh, featuring onstage live-tweeting and digital age technology, and an immersive in-the-round scenic design complete with contemporary light fixtures exposing how animal-like people in the entertainment industry can be.

With its fierce argument between conformity and non-conformity, Martin Crimp reworks Moliere’s masterpiece in this blistering contemporary version.  Set in present day London, playwright Alceste abhors hypocrisy and the well-rehearsed, sycophantic pleasantries of the chattering classes.  But having savaged Covington – a theatre critic who thinks he can write plays – Alceste goes on to attack Jennifer, a young actress and the woman he really loves.  His determination to tell the truth proves more destructive than others’ instinct to avoid it.  The writing is cool, sharp, and ferociously funny in this thrillingly sophisticated modern version of a classical play.