Northlight Theatre extends its hit production of The Mousetrap 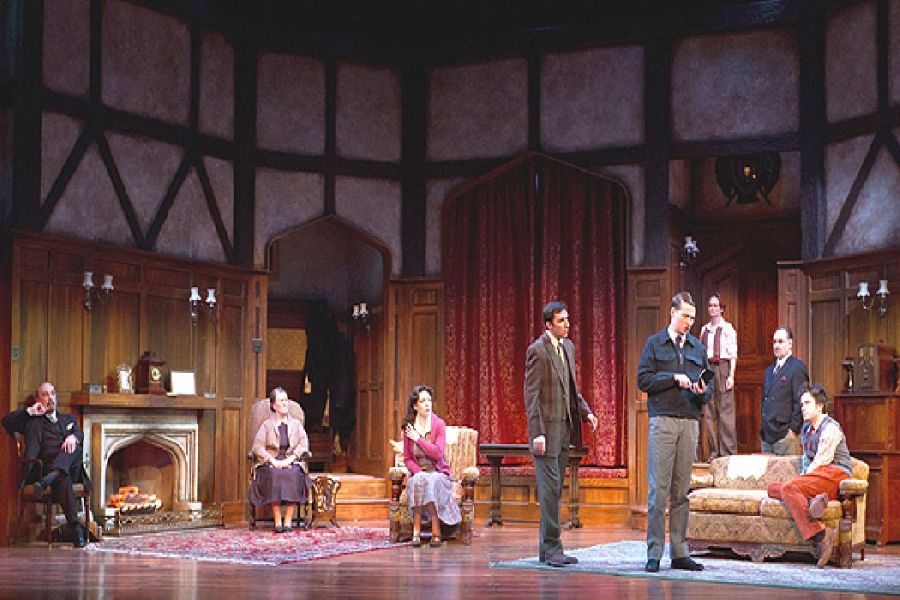 Northlight Theatre, under the direction of Artistic Director BJ Jones and Executive Director Timothy J. Evans, adds one week of performances for the hit production of The Mousetrap by Agatha Christie, directed by Jonathan Berry.  The production will now run at Northlight Theatre, 9501 Skokie Blvd in Skokie, through December 21, 2014.

On a snowy night at Monkswell Manor, newlyweds Mollie and Giles welcome a group of strangers to their guest house, only to discover news of a murderer in their midst! A police investigation reveals the sordid details of each guest’s mysterious past, but not soon enough to stop the killer from striking again. Agatha Christie’s masterful whodunit weaves an intricate plot filled with nerve-rattling suspense, all leading up to the ultimate final twist!

Renowned mystery writer Agatha Christie is not only the best-selling author of all time, but The Mousetrap is the world’s longest-running play, now at 62 years on London’s West End.

Artistic Director BJ Jones comments, “In recent years Northlight has found much success pairing established work with emerging artists, and Jonathan Berry is certainly one of Chicago’s most exciting young auteurs. With The Mousetrap, he will bring a fresh vision to a treasured classic.”

Northlight is continuing its popular special event series in conjunction with each production.  All events are free for subscribers and ticket holders.  The remaining events include:

Post-Show discussions with a Northlight facilitator, engaging audiences in a dialogue about the play’s themes and the creative process behind live theatre, will be held after the following performances: 11/23 at 2:30, 11/26 at 1:00.

Community Conversations will be held at local public libraries, featuring scene selections and Q&A with cast members and artists involved with the production. An event will be heldTuesday, December 2 at 2:00pm at Skokie Public Library.

Now in its 40th season, the organization has mounted more than 200 productions, including over 40 world premieres.  Northlight has earned 188 Joseph Jefferson Award nominations and 31 Awards.  As one of the area’s premier theatre companies, Northlight is a regional magnet for critical and professional acclaim, as well as talent of the highest quality.