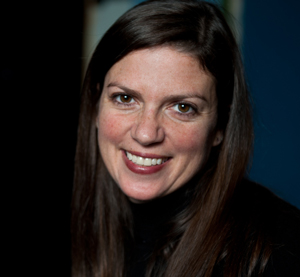 Northlight Theatre, under the direction of Artistic Director BJ Jones and Executive Director Timothy J. Evans, announces the appointment of Artistic Associate Kimberly Senior.  Kimberly will be working with the artistic staff on initiatives in the artistic department and will provide an artistic presence in relevant matters as they pertain to other departments, including education and fundraising events.

BJ Jones comments, “I am delighted to have Kimberly Senior on our Artistic staff here at Northlight as Artistic Associate. Her work on The Whipping Man was exemplary and we are looking forward to her production of Amy Herzog's 4000 Miles.  Kimberly's affiliation with Northlight goes back over a dozen years, working with our education department and directing our Northlight to Go programming. I am excited to formalize her artistic contribution here at Northlight.”

Kimberly Senior comments, “Northlight has been a home to me for me for many years and I am thrilled to begin a more formal relationship to this great Chicago company.  Bringing my experiences with the theater community-at-large to the position, I hope to bring an added perspective to the work at Northlight.  I look forward to continuing to work with BJ, Tim and the Northlight staff to share Northlight’s work with its audiences, artists and community.”

Kimberly Senior has been associated with Northlight for over 12 years.  Most recently at Northlight, she directed The Whipping Man and will direct 4000 Miles next season.  She previously worked with Northlight’s education programs and directed the Northlight to Go program.  Chicago directing credits include the world premiere of the 2013 Pulitzer Prize winnerDisgraced (American Theater Company),The Letters (Writers’ Theatre); Want, The North Plan(Steppenwolf Theatre Company), After the Revolution, The Overwhelming, and others (Next Theatre), Homecoming 1972 (Chicago Dramatists); Cripple of Inishmaan, Bug, The Pillowman(Redtwist Theatre), Waiting for Lefty (American Blues), Old Times, Uncle Vanya, Cherry Orchard, Three Sisters and others (Strawdog Theatre), Thieves Like Us (House Theatre), All My Sons and Dolly West’s Kitchen (TimeLine Theatre Company), among others. Regional: Disgraced(Lincoln Center Theater), Murder on the Nile, A Few Good Men (Peninsula Players); Mauritius(Theatre Squared); and Little Gem (City Theatre). She is also an Artistic Associate at Next Theatre, Strawdog Theatre and Chicago Dramatists. Senior was named the 2012 Best Director in Chicago by Chicago Magazine. She has been nominated for several Joseph Jefferson awards and citations and is the recipient of the 2010 Excellence in Teaching Award from Columbia College. She lives in Evanston with her husband, scenic designer Jack Magaw, and her children, Noah and Delaney.