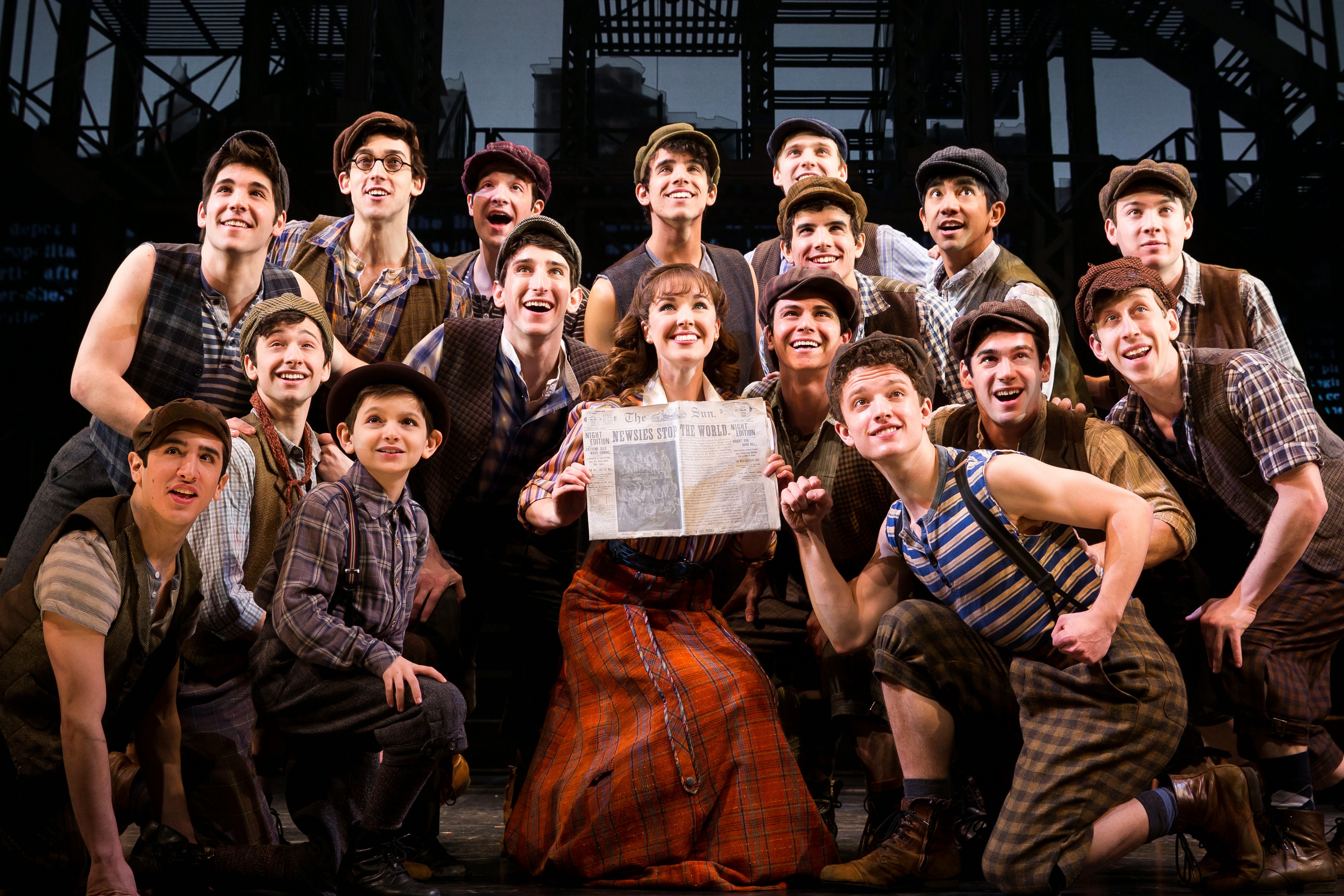 Broadway In Chicago is pleased to announce that Disney’s NEWSIES day-of-performance drawing for a limited number of orchestra seats will take place inside Block 37. Block 37 is located at 108 N State, across from the Oriental Theatre. NEWSIES begins performances at the Oriental Theatre (24 W Randolph) on Wednesday, December 10.

Throughout the run of the show (December 10 – January 4, 2015) on each performance day, people can pick up entry forms at the Block 37 information booth during business hours up until two hours prior to the performance. Entry forms are placed into the entry box, with a limit of one entry per person. Names will be drawn two hours before each performance for 20 orchestra seats at $25 each, cash only. This drawing is available only in-person at Block 37, with a limit of two tickets per person. Drawing participants must have a valid photo ID when submitting their entry form and, if chosen, when purchasing tickets.

NEWSIES, the new American musical, features a Tony® Award-winning score with music by eight-time Academy Award® winner Alan Menken and lyrics by Jack Feldman, a book by four-time Tony® Award winner Harvey Fierstein and is produced by Disney Theatrical Productions. NEWSIES is directed by Tony® nominee Jeff Calhoun and choreographed by Christopher Gattelli, who won a 2012 Tony Award® for his work. The entire creative team is reuniting to bring the break-out smash musical to audiences across North America.

When it opened on March 29, 2012 NEWSIES was intended for a Broadway run of just 101 performances. The show’s fiercely devoted fans had other ideas, however; they propelled the show to a run of 1005 performances, attendance of more than 1 million and a gross of over $100M.

Set in New York City at the turn of the century, NEWSIES is the rousing tale of Jack Kelly, a charismatic newsboy and leader of a ragged band of teenaged ‘newsies,’ who dreams only of a better life far from the hardship of the streets. But when publishing titans Joseph Pulitzer and William Randolph Hearst raise distribution prices at the newsboys’ expense, Jack finds a cause to fight for and rallies newsies from across the city to strike for what’s right.

NEWSIES is inspired by the real-life ‘Newsboy Strike of 1899,’ when newsboy Kid Blink led a band of orphan and runaway newsies on a two-week-long action against Pulitzer, Hearst and other powerful newspaper publishers.

The stage version introduces seven brand-new songs by the original team of Menken and Feldman while keeping many of the beloved songs from the film, including ‘Carrying the Banner, ‘Seize the Day,’ ‘King of New York’ and ‘Santa Fe.’

Since the film’s 1992 theatrical release and subsequent DVD release, NEWSIES has grown into a cult phenomenon, and for years had been the single most requested title of all the Disney musical films not yet adapted for the stage. (The film featured a screenplay by Bob Tzudiker & Noni White (Tarzan, 102 Dalmatians).)

Ticket buyers are reminded that Broadway In Chicago Box Offices and Ticketmaster are the only official retail ticket outlets for all performances of NEWSIES at the Oriental Theatre. Ticket buyers who purchase tickets from a ticket broker or any third party should be aware that Broadway In Chicago is unable to reprint or replace lost or stolen tickets and is unable to contact patrons with information regarding time changes or other pertinent updates regarding the performance.

Block 37 is where life and style intersect. A modern shopping, dining, and entertainment destination in the heart of the Loop, the shopping center is bordered by State, Randolph, Dearborn, and Washington streets, and encompasses an entire city block in Chicago’s downtown neighborhood. Block 37 features contemporary fashion and beauty brands, boutique cafes and eateries, and essential conveniences within a five-story atrium. The center has direct access to Chicago’s Pedway as well as the CTA Red Line and Blue Line. Follow Block 37 on Twitter at @Block37Shops or on Facebook at http://www.facebook.com/BlockThirtySevenShopsOnState