NEW MOVIE PROJECT TO SHOOT IN CHICAGO ABOUT THE “GODFATHER OF HOUSE MUSIC” FRANKIE KNUCKLES AND THE WAREHOUSE! 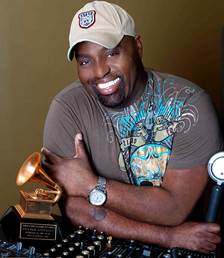 The film will pay tribute to the life story of The Warehouse owner Robert Williams and the legacy of Knuckles’ timeless artistry.  Knuckles inspired a movement, transforming the music scene at Williams’ groundbreaking club The Warehouse, with Knuckles’ unique mix of pulsating rhythm and beats, combined with classic disco, soul, gospel and rock, creating modern dance music’s global DJ culture.  Williams’ Warehouse, shortened to “House” by its followers, is where House Music got its name.

Teitel says, “Growing up in Chicago, I always knew about The Warehouse and its ties to house/dance music.  What amazes me is what started as a fad in a small Chicago club in the late seventies has evolved into the biggest genre of music in the world.”

“Knuckles was a visionary,” says Crumpton.  “He created more than rhythmic compositions; it was uplifting-spiritual-freedom music that helped to nurture an environment from which Chicago’s first black mayor was elected.”

Dec, who created Elston Films to produce more Chicago related movies, and will also act in the film, adds, “Most of the world doesn’t know that today’s club/music/dance culture was heavily influenced by the creation of House Music in Chicago and that story needs to be shared.”

To kick-off THE WAREHOUSE film production, the producers will host a launch party and Frankie Knuckles Foundation (FKF) Benefit at The Underground (56 W. Illinois St), at 6pm on Tuesday, March 31 (one year after Knuckles untimely passing).  Tickets start at $20 and include a two hour cocktail and hors d’oeuvres reception from 6 PM to 8 PM.  Limited VIP tables are available.  To purchase tickets, visit www.TheUndergroundChicago.com. 100% of ticket proceeds to benefit the FKF.

“We established the foundation to keep the history and creation of house music viable for generations to come through artistic endeavors, education, media and performances,” says Executive Director of FKF, Frederick Dunson, who was Knuckles’ longtime business partner and best friend.

Shanahan, a founding member of FKF recalls his mentor vividly, “Frankie’s music took us from the dance floor to church; he was the first person I’ve ever heard use a Martin Luther King Jr. speech in a remix and it was beautiful.  The social justice message was clearly in the music; no DJ had done that before.”

Frankie Knuckles was universally credited as a pioneer of dance music and famously crowned “The Godfather of House Music” for his role in creating modern dance music’s global DJ culture “The Warehouse” in the 1980s.  Knuckles received a Grammy Award for “Remixer of the Year” in 1997.  While growing up in the Bronx during the 60’s, Knuckles’ earliest music influences were the jazz artists of his sister’s record collection.  After studying Commercial Art and Costume Design, Frankie found his true calling: spinning records.  He began spinning at various iconic venues in NYC and journeyed to Chicago in 1977 to helm the decks of a burgeoning afterhours club, The Warehouse.  Packing the club week after week, thousands of revelers bowed down to Knuckles and his one-of-a-kind turntable wizardry in which his stardom rose to heights never before witnessed by a DJ.  Following the closure of The Warehouse in 1983, Knuckles opened his own venture the PowerPlant and then after closing decided to supercharge his career by returning to New York City and throughout the 1990s played a string of DJ residencies at some of the world’s most famous clubs.

In 1987, Knuckles joined NYC-based Def Mix Productions.  With assistance from long-time manager Judy Weinstein, Knuckles took his love for playing music and translated it into a career.  With a gargantuan list of remixes and original productions to his credit with artists such as Diana Ross, The Pet Shop Boys, Luther Vandross, Michael Jackson, Janet Jackson and Toni Braxton, Knuckles quickly became a “go-to” for mainstream artists seeking to infuse the undeniable drumbeat of house music into their sound.  Knuckles’ high profile reputation in the realm of dance music brought him to the attention of Virgin Records in the 1990s, where Knuckles delivered the pop crossover single “Whistle Song” and a pair of albums (Beyond the Mix and Welcome to the Real World).

Former Chicago Mayor Richard M. Daley officially declared August 25, 2004 “Frankie Knuckles Day” in the DJ’s adoptive hometown and the city renamed the section of the street where the legendary Warehouse once lived, honorary “Frankie Knuckles Way”.  President Barack Obama (then State Senator), was responsible for introducing a resolution in the Illinois State Senate acknowledging the accomplishments of Knuckles.  Emerging from the studio in 2004 with A New Reality, his first album of completely original material in seven years, Knuckles proved that he hadn’t skipped a beat. The CD’s warmly complex songs resonated with dancers around the world, and gave Knuckles his latest Billboard Number One with “Back n da Day.”

Numerous tributes have been held around the world to recognize his life and legacy, including Sir Elton John who established a fund (the Frankie Knuckles Fund) named in his honor as well as the recently founded Frankie Knuckles Foundation – NFP based in Chicago to carry on his legacy through by keeping the history and creation of house music viable for generations to come through artistic endeavors, education, media and performances.   In 2006, Knuckles announcedNOICE!music, his own music company, that was affiliated with various download companies and released limited full length CD’s, and 12” Vinyl.

Knuckles passed away on March 31, 2014 peacefully at his home in Chicago.  Knuckles’ indomitable spirit and legacy will burn brightly and continue to inspire.  He changed many lives and his contributions to the music industry will be forever recognized.