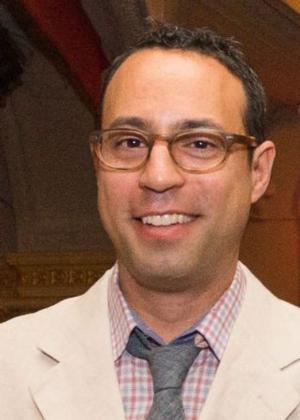 Most recently, Reiner was executive director of Classic Stage Company in New York City, where he launched CSC’s Musical Theater Initiative, the organization’s largest fundraising campaign, and implemented new education programs such as a Teen Council and a Shakespeare scene and monologue competition. Prior to that, Reiner was founding executive director of Tectonic Theater Project in New York City, where he received a Tony nomination for Best Play as one of the producers of 33 Variations. At Tectonic, Reiner also designed and managed the simultaneous opening of The Laramie Project: Ten Years Later in 150 theaters in all 50 states, DC, and eight countries, on the same night, with livestreaming and social media outreach. Reiner has also served as managing director at The Actors’ Gang in Culver City, California, and at the Shakespeare Festival/LA.

“Reiner’s formidable skills in theater management and development are matched by his equally remarkable track record in fostering theater education and community outreach,” said NEA Chairman Jane Chu. “His expertise will be an asset to the Arts Endowment and the theater community.”

“One of the most exciting moments in my career was getting to know theater-makers across the nation through the launch of The Laramie Project: Ten Years Later, and realizing the collective power of the American theater field,” said Reiner. “I’m incredibly humbled and excited for the opportunity to serve this community through my new role at the NEA.”

Reiner received his bachelor’s degree in communications from Loyola Marymount University in 1998.

Recent grants include support for the Columbus Association for the Performing Arts in Columbus, Ohio, for a partnership with Deaf West to produce a bilingual American Sign Language/English production ofAmerican Buffalo by David Mamet, and support to La MaMa Experimental Theatre Club for a new adaptation of Pylades, a story within the Oresteia trilogy of Greek tragedies. In FY 2014 alone, the NEA awarded more than $6 million to 269 theater and musical theater projects across the country.

About the National Endowment for the Arts

Established by Congress in 1965, the NEA is the independent federal agency whose funding and support gives Americans the opportunity to participate in the arts, exercise their imaginations, and develop their creative capacities. Through partnerships with state arts agencies, local leaders, other federal agencies, and the philanthropic sector, the NEA supports arts learning, affirms and celebrates America’s rich and diverse cultural heritage, and extends its work to promote equal access to the arts in every community across America. For more information, visit arts.gov.