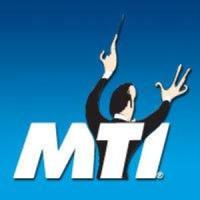 John Prignano, senior operations officer for theatrical licensor Music Theatre International (MTI) http://www.mtishows.com has been appointed to the Educational Theatre Association Board of Directors (EdTA) http://www.schooltheatre.org, a professional organization with approximately 100,000 members nationwide with the mission of shaping lives through theatre education.

A twenty-year veteran at MTI, Prignano has worked closely with EdTA staff members for many years, dating back to the national Thespian cast production of RAGTIME at the 2005 Thespian Festival. He also coordinated MTI’s participation in two other national cast projects, THOROUGHLY MODERN MILLIE in 2007 and HAIRSPRAY in 2008, and in several school theatre premieres of new titles on the Thespian Festival main stage. As a representative of MTI, John has been recipient of the EdTA Standing Ovation Award, as well as the FATE (Florida Association of Theatre Educators) Outstanding Arts Advocate Award, AACT (American Association of Community Theatres) Corporate Award, WYACT/NJ Performing Arts Center Outstanding Arts Advocate Award and the OCTA (Ohio Community Theatre Association) President’s Award.

Prignano has also been a key figure in the development of EdTA’s new JumpStart Theatre program, which seeks to nurture musical theatre in underserved middle schools. The blueprint for JumpStart was developed by iTheatrics in New York with the support of MTI.

“I am thrilled to have the strength and wisdom of John Prignano joining the Board of Directors for EdTA,” said board President Jay Seller. “John is the reason for the strong and productive relationship between EdTA and Music Theatre International, and his service to EdTA has been unmatched. We look forward to the insight he will provide to the board.”

Prignano has not only led workshops around the world for teachers and community theatres, but has been instrumental in creating tools and fostering an environment at MTI that encourages meaningful dialogue and interaction between the licensing house and theatre educators.

“I am honored to be appointed by EdTA and to expand my work with them. It’s an incredible organization that does important work. It’s a pleasure for me to serve them not only on behalf of MTI, but also for my own personal passion for their work.”

Throughout his life, Prignano has been a loyal advocate of educational theatre both professionally and personally. Since obtaining a BA in Dance/Theatre from Montclair State College in 1986, he has been involved in the arts in many facets – whether touring in productions of A CHORUS LINE, WEST SIDE STORY, DAMN YANKEES and GUYS AND DOLLS to name a few, introducing young people to classical music by performing as “Garfield” and “Odie.”

About the Educational Theatre Association

Music Theatre International (MTI) is one of the world’s leading theatrical licensing agencies, granting schools as well as amateur and professional theatres from around the world the rights to perform the largest selection of great musicals from Broadway and beyond. MTI works directly with the composers, lyricists and book writers of these shows to provide official scripts, musical materials and dynamic theatrical resources to over 60,000 theatrical organizations in the US and in over 60 countries worldwide.