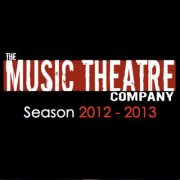 Jessica Redish, founding artistic director of The Music Theatre Company (TMTC), Highland Park’s Equity theatre, 1850 Green Bay Road, is proud to announce the company’s fifth season. The 2012-2013 season features the mainstage production, in spring 2013, of the Tony Award-winning The Pajama Game, directed by Jess McLeod and choreographed by Founding Artistic Director Jessica Redish, three Musicals in Concert and five Artists in Concert. Season subscriptions for the Musicals in Concert series and single tickets for the 2012 – 2013 season are on sale now. To purchase subscriptions, single tickets or for more information call The Music Theatre Company at 847.579.4900 or visit www.themusictheatrecompany.org.

Mainstage presentations are fully-realized productions at The Music Theatre Company. Musicals are given the time and space to be looked at with a fresh view – new life is breathed into existing titles in The Company’s intimate 95-seat space.

Music and Lyrics by Richard Adler and Jerry Ross

Based on the novel 7 1/2 Cents by Richard Bissell

Regular Schedule: Thursdays, Fridays and Saturdays at 8 p.m. and Sundays at 2 p.m.

The multi-award winning The Pajama Game tells the tale of Babe and Sid, who struggle to find love in the midst of a labor dispute and features the unforgettable music of Adler and Ross including “Hey There,” “Hernandos’s Hideaway” and “Steam Heat.” Stripped down to its essence to reveal the heart of its story, The Company’s production is a clever, truthful and poignant musical for our times. Directed by Jess McLeod, The Music Theatre Company’s Mainstage Musical features choreography by Jeff Nominee and Founding Artistic Director Jessica Redish.

The Musicals in Concert series presents musicals – rare, new or little seen titles — in a concert setting featuring live music and some of Chicago’s finest performers. The entire narrative of each musical is performed during the evening.

This rarely produced musical farce is from the authors who brought you Ragtime, Once on This Island and Seussical the Musical. Lucky Stiff is a heart-warming musical of one man’s madcap journey to find an inherited fortune on the shores of Monte Carlo.

The Baker’s Wife in Concert

From the creator of Wicked, PIPPIN and Godspell, The Baker’s Wife boasts a beautiful score featuring songs including “Meadowlark,” “Where is the Warmth?” and “Proud Lady.” TMTC welcomes Jeff Award-winning Director Dominic Missimi to direct this intimate musical.

The Artists in Concert series at TMTC is an opportunity for audiences to experience music from a variety of genres provided by local and nationally-recognized talent during one-night-only performances on The Music Theatre Company’s stage.
Beckie Menzie and Tom Michael
Saturday, Oct. 13 at 8 p.m.
Tickets $35

Chicago cabaret favorites Beckie Menzie and Tom Michael join TMTC for one night only performing the songs of George Gershwin and Irving Berlin.

Chicago-based actress and singer Christine Mild, direct from the National tour of Nunset Boulevard, brings her powerhouse voice and ukulele tunes to TMTC, performing a mix of pop, folk and musical theatre songs.

ABOUT THE MUSIC THEATRE COMPANY

The Music Theatre Company explores the musical in the interest of expanding the canon of musical theatre through fully-staged productions, commissions of new works and musical experiments.

Since The Company’s founding in 2008, Redish has directed and choreographed Merrily We Roll Along, The 9/11 Report: A Bipartisan Musical Fantasia by Michael Mahler (also conceiver) Erika’s Wall and PIPPIN, for which she received a Jeff Nomination for Choreography. Redish also choreographed She Loves Me at Writers’ Theatre in Glencoe and will be choreographing Sweet Charity at Writers’ in Winter 2013. She recently choreographed RENT at American Theater Company/About Face Theatre directed by David Cromer, as well as Seussical at First Stage in Milwaukee. She served as movement director for the off-Broadway production of Adding Machine directed by Mr. Cromer, and directed and choreographed various productions for the New York Musical Theatre Festival and the NYFringe. She has served as a guest artist at Perry Mansfield, Roosevelt University, Hollins University and Northwestern University, her alma mater, and is a member of the Stage Directors and Choreographers Society.