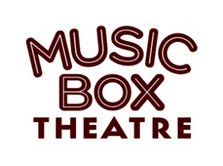 Over seven days, Music Box will screen 17 films noirs that run the gamut from classics like Sunset Boulevard to the long-lost High Tide and criminally overlooked Try and Get Me! starring Lloyd Bridges.  Uncharacteristic Technicolor noirsinclude Niagara starring Marilyn Monroe, the Cinemascope soap opera, Violent Saturday, with Lee Marvin, and the Oscar-nominated Leave Her to Heaven. There’s even a Douglas Sirk film noir: Sleep, My Love. Not available on DVD, three of the films – the Faustian Alias Nick Beal starring Ray Milland; the supernatural Night Has a Thousand Eyesstarring Edward G. Robinson; and the amnesiac Street of Chance starring Burgess Meredith – are true rarities, brought back by Universal Pictures in 35mm prints exclusively for Noir City.

“The Film Noir Foundation has brought a spotlight to preservation efforts for a once-neglected genre of films,” says Music Box programmer Douglas McLaren. “Their restoration efforts breathe new life into forgotten films. Every film is fantastic and well worth taking a chance on. It’s one of the most fun weeks in the calendar to program, and I look forward to it every year.

“For this edition, I’m most excited about the supernatural backstage drama Repeat Performance,” he adds.

The Film Noir Foundation has been at the forefront of the noir revival, cracking studio vaults to resurrect long-neglected examples of America’s most revered genre, funding restorations and preservation, ensuring that these hard-bitten yet sleekly sexy cinematic offerings remain available in their original form for generations to come. The “Czar of Noir” Eddie Muller and Film Noir Foundation Director Alan K. Rode will introduce movies and conduct audience Q&As.

This brilliant Faustian tale of soul corruption has campaigning politician Thomas Mitchell making a pact with Lucifer (Ray Milland), which includes the temptations of delectable devil-doll Audrey Totter, who’s got her own issues with the mysterious Mr. Beal. The fabulous, fabulist screenplay by Jonathan Latimer is rendered by director John Farrow (The Big Clock, Where Danger Lives) in high noir style. A true rarity, brought back by Universal in a 35mm print exclusively for Noir City! NOT ON DVD! Shows Wednesday Aug. 28, 7:30pm

Noir favorite Dan Duryea gives perhaps his greatest performance as a down-on-his-luck alcoholic in Los Angeles who gets word that his wife and daughter have been in a car accident in Chicago. As he waits by the phone for news of their fate, all manner of circumstance conspire to torture him even further, from bill collectors to the phone company to a “helpful” little boy. A minor-key, noir-stained classic, made memorable by Duryea’s deeply affecting performance. With Mary Anderson and Gordon Gebert.  Shows Monday, Aug. 26, 5pm and 9:15pm

The homoerotic undercurrent present in many noir films swims deliriously close to the surface in this lush crime melodrama. Will luscious Lizabeth Scott tear apart the special bond shared by gangsters John Hodiak and Wendell Corey? Could Mary Astor really be her mom, with all that kissing? Just how clueless is beefcake sheriff Burt Lancaster? This must be seen to be believed. Florious costumes by Edith Head!  Shows Saturday, Aug 24, 5pm

An ex-con (Stanley Baker) trying to go straight takes a job driving for a corrupt trucking company where the bosses pit the drivers against each other in a dangerous competition that leads to higher profits and … death! Peggy Cummins is the saucy secretary who flirts her way through an array of up-and-coming stars, including Sean Connery, Herbert Lom, David McCallum and a frighteningly intense Patrick McGoohan. A gear-grinding masterpiece!Shows Friday, Aug. 23, 6pm

A reporter hires a bodyguard to protect him from a gang boss he has been investigating. After an accident traps the two of them inside the car with the tide coming in, the reporter recounts for his bodyguard the circumstances leading up to their predicament. The resurrection of a lost B classic, featuring one of the wildest flashback devices ever! Directed by John Reinhardt, starring Lee Tracy, Don Castle and Julie Bishop. ShowsMonday, Aug. 26, 7:30pm

Don’t let the vivid Technicolor fool you—this big budget melodrama is black at the core, as perverse and malignant as any film got in the 1940s. A novelist (Cornel Wilde) meets gorgeous Ellen Berent (Gene Tierney) on a train. They fall in love and marry—and soon there is hell to pay. In an Oscar-nominated performance, Tierney is the embodiment of a distinctly feminine psychopathology. Featuring the majestic cinematography of Oscar winner Leon Shamroy (The King & I, Cleopatra). With Jeanne Crain and Vincent Price. Shows Saturday, Aug. 24, 7:30pm

“Niagara Falls and Marilyn Monroe—The Two Most Electrifying Sights in the World!” screamed the studio’s ads for this sexually charged Technicolor noir. Monroe is a too-hot-to-handle wife who enflames her husband’s jealousy during a vacation at the famous falls… with murderous results. Joseph Cotten, Jean Peters and one of the world’s majestic natural wonders all play second fiddle to Marilyn, whose larger-than-life allure still leaps off the screen 60 years after this film was originally released. Shows Saturday, Aug. 24, 2:30pm

Perhaps the most baroque and bleak film noir of them all. Two-bit hustler Harry Fabian (Richard Widmark) aches for a life of ease and plenty. Trailed by an inglorious history of go-nowhere schemes, he stumbles upon a chance of a lifetime in the form of legendary wrestler Gregorius the Great (Stanislaus Zbyszko). But there is no easy money in this underworld of shifting alliances, bottomless graft, and pummeled flesh—and soon Fabian learns the horrible price of his ambition. Luminously shot in the streets of London, Jules Dassin’s Night and the Cityis film noir of the first order and one of director Jules Dassin’s crowning achievements. With Gene Tierney and Googie Withers Shows Tuesday, Aug. 27, 5pm and 9:15pm

A lost noir returns to the big screen. In this supernaturally tinged noir, Edward G. Robinson stars as a man cursed with the ability to predict the future. Can he keep fate from destroying those close to him? John Farrow, a director at his most stylish in noir terrain, adapts from the novel by master of suspense Cornell Woolrich (Rear Window). Starring Edward G. Robinson, Gail Russell and John Lund. Universal Pictures struck this new print exclusively for Noir City! Not on DVD! Shows Wednesday, Aug. 28, 5pm and 9:15pm

This rarity is considered the film noir version of It’s a Wonderful Life. A Broadway star (Joan Leslie) shoots her murderous husband on New Year’s Eve. She runs to her producer John Friday (Richard Basehart), but when she arrives it is New Year’s Day, a year earlier; she is given the chance to live life over and correct the errors of the past. Shows Sunday, Aug. 25, 7:30pm

A film noir directed by Douglas Sirk, produced by Buddy Rogers and presented by Mary Pickford. Nope, you’re not dreaming, but lovely and wealthy Alison Courtland (Claudette Colbert) is. She’s been sleepwalking at night and, according to her seemingly attentive husband (Don Ameche), taking potshots at him. During the days she’s hallucinating about a malevolent psychiatrist (George Coulouris). But a handsome new acquaintance (Robert Cummings) believes in her sanity and suspects her husband of foul play. Can he convince Alison before it’s too late? Featuring Keye Luke, Raymond Burr, Queenie Smith and Hazel Brooks. Shows Thursday, Aug. 29, 7:30pm

The very first adaptation of a Cornell Woolrich suspense novel returns to the big screen in a brand new 35mm print! A man loses his memory after being struck by a falling beam; as he struggles to piece his life together he realizes he’s lived the preceding year as another person! Is it all a tortured twist of fate—or a sinister, calculated plot? Burgess Meredith stars as the beleaguered amnesia victim, with noir stalwart Claire Trevor providing support—or is she? Special thanks to Universal Pictures for this new 35mm preservation print. NOT ON DVD! Shows Thursday, Aug. 29 5pm and 9:15pm

Norma Desmond is big; it’s the pictures that got small. Hack screenwriter Joe Gillis (William Holden) is coaxed with lavish gifts into writing a script to revive the faded career of silent-film star Norma Desmond (Gloria Swanson), who lives in total obscurity, revisiting the past with her former partner-turned-butler Max (Erich von Stroheim). But Norma’s delusions have a dangerous edge, and Joe’s not exactly a careful man. Directed by Billy Wilder. Shows Sunday, Aug. 25, 2:30pm and 9:15pm

The true story of a shocking 1934 kidnapping and murder provided the inspiration for one of the most compelling—and unjustly neglected—masterpieces of noir. Cy Endfield directs; with Frank Lovejoy and Lloyd Bridges. Shows Friday, Aug. 2, 8:30pm

Film noir gets the lavish mid-Fifties treatment—vibrant color and Cinemascope—in this adaptation of W. B. Heath’s classic caper novel. Three strangers arrive in a small town with a plan to rob the local bank over the weekend. Their lives unexpectedly entwine with a number of the town’s residents during the run-up to the robbery. Victor Mature and Sylvia Sidney head a terrific cast that features Lee Marvin, Steven McNally and J. Carroll Naish as the criminal trio. It’s a ’50s soap opera with a crime thriller spine, and a vivid time-capsule of mid-Century Americana. Shows Saturday, Aug. 24, 9:30pm

The Film Noir Foundation is a non-profit public benefit corporation created as an educational resource regarding the cultural, historical and artistic significance of film noir as an original American cinematic movement. It is FNF’s mission to find and preserve films in danger of being lost or irreparably damaged, and to ensure that high quality prints of these classic films remain in circulation for theatrical exhibition to future generations. www.filmnoirfoundation.org