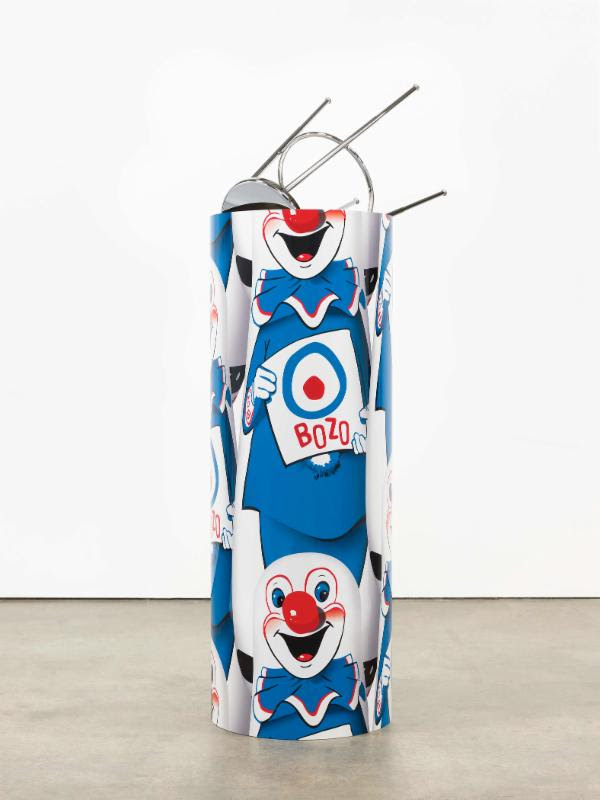 The Museum of Contemporary Art Chicago presents Kathryn Andrews: Run for President, the first solo US museum exhibition of the artist’s work. The exhibition features fifteen sculptural works, forms that have made Andrews one of the most important artists of her generation. For this exhibition, her work is situated against the conceptual and pictorial backdrop of a fictitious presidential election. The exhibition creates a loose narrative around candidates, campaigns, sitting in office, and the end of presidency, charting the rise and fall of the president, all the while investigating the relationship between art, power, celebrity, and different forms of capital. Run for President is the latest in the MCA’s acclaimed Ascendant Artist Series, which features exhibitions that present the most relevant new artists working today. This exhibition is on view November 21, 2015 to May 8, 2016, and is curated by Julie Rodrigues Widholm, former MCA Curator and current Director of the DePaul Art Museum.

With their bright colors and reflective surfaces, many of the works literally reflect the viewer and the surrounding environment. Andrews, who is deeply interested in contemporary culture, examines how image producers — such as artists, corporations, Hollywood studios, and politicians who mirror and shape social values at large — employ visual cues and material packaging to elicit desire. Her sculptures often contain multiple layers of meaning and reference the aesthetics of pop art, minimalism, and conceptualism.
Run for President also includes five large-scale photomurals, which appropriate images from popular imagination, including Bozo the Clown running for president. In complement to the conceptual themes of the exhibition, each of the wall-sized photomurals serve as a backdrop, conjuring new and different connotations from the works of art in their proximities. By exploring cultural connections that are both humorous and critical, Andrews demonstrates how the construction of meanings is always in flux.

Kathryn Andrews has recently presented solo exhibitions of her work at the Bass Museum of Art, Miami (2014), and Museum Ludwig, Cologne (2013). Recent group exhibitions featuring her work include: Teen Paranormal Romance, The Renaissance Society at The University of Chicago, Atlanta Contemporary Art Center, and the Santa Barbara Museum of Art (2014-15); The Los Angeles Project, Ullens Center for Contemporary Art, Beijing (2014); Made in L.A. 2012, Hammer Museum, Los Angeles (2012); and First Among Equals, Institute of Contemporary Art, Philadelphia (2012). Andrews lives and works in Los Angeles.