Milwaukee Rep’s PETER AND THE STARCATCHER Soars With Imaginaton 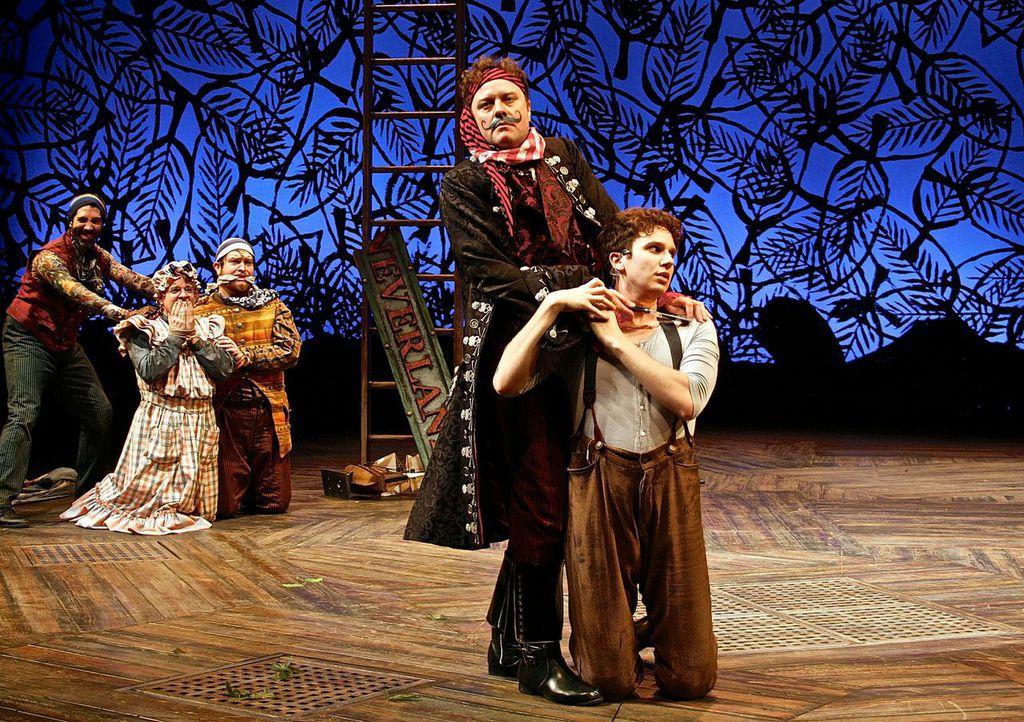 Watching Peter and the Starcatcher, a Tony Award-winning musical, is like opening a magical storybook before bedtime and being swept away into a swashbuckling, madcap adventure, with a treasure chest full of lovable and zany characters along with multiple stories that are both touching and humorous.

The only way to enjoy this prequel to the iconic tale of Peter Pan now playing at the Milwaukee Repertory Theater is to surrender to the kid in you and let your imagination take flight.

So, did you ever wonder how Peter becomes Pan, how Captain Hook became, well, Captain Hook, and how Tinkerbell was created?  Peter and the Starcatcher answers these questions, but not before taking us on a lively, twisted journey involving two ships, the Wasp and the Neverland, two trunks, one full of precious cargo belonging to the Queen, the other full of sand (but what kind of sand, exactly?) three orphaned boys, a spirited young girl and her father, a dungeon, pirates, a hurricane and an island ruled by an English-hating Mollusk king.

The show’s main flaw is a plot that’s slightly overwhelming and at times difficult to follow, but what saves the day is a snappy cast and imaginative staging.

Joanna Howard is perfect as the fearless and passionate Molly Aster, the young girl who becomes attached to Peter; Andy Paterson, an actor whose credits stretch across the country to New York, earns big laughs in the dual role of Mrs. Bumbrake, Molly’s nanny and Teacher; and Tom Story steals the show as a ruthlessly hilarious head pirate called the Black Stache.  Peter also features Arturo Soria as the vicious and scheming captain, Bill Slank.  Soria earned praise from The New Yorker for his work in the world premiere of Hit the Wall, produced by The Inconvenience and Steppenwolf Theatre Company in Chicago.

The actors perform on a bare stage, or as director Blake Robison says in the playbill, “a giant theatrical playground,” and with only a few props – a curtain, ladder and some trunks – that playground turns into a ship, a dungeon, an ocean and an island, right before our very eyes.

Peter and the Starcatcher starts off slow but then picks up considerable steam at the start of the second act, which opens with an uproarious dance that brings down the house.  So if you head to Milwaukee this spring to see Peter, stick with the show so you can indulge in a series of nonstop laughs.

Peter and the Starcatcher is being performed through May 24 in the Milwaukee Repertory Theater’s Quadracci Powerhouse, 108 E. Wells in Milwaukee’s Downtown Theater District.  Tickets begin at $20 and can be purchased by calling (414) 224-9490 or online at www.MilwaukeeRep.com.  For group tickets call(414) 290-5340.