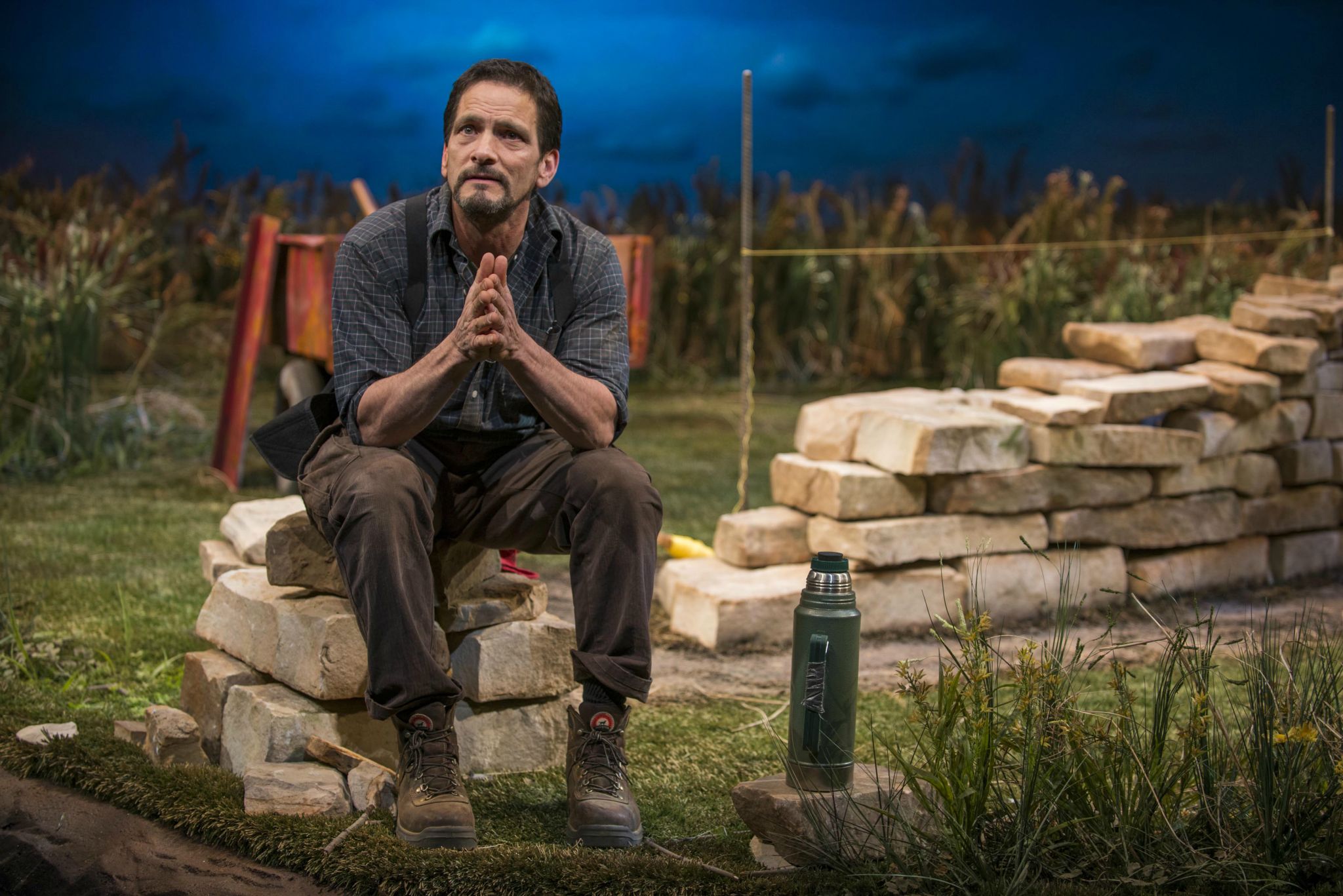 Reviewed by: Matthew Perta
Highly Recommended
You know the stories. Columbine. Virginia Tech. Sandy Hook. There are have been too many of these tragedies. We hear about the victims and the families left behind, buried in sadness. But what about the parents of the perpetrators? How do they cope and go on with their lives?

The Milwaukee Repertory Theater wanted to have a discussion about mass shootings and the challenges parents face in raising children in our jaded society, and it’s succeeding brilliantly in having that discussion. The Rep commissioned playwright Joanna Murray-Smith in writing a shattering play called American Song that didn’t leave a dry eye in the house the night I saw it performed. I can’t recall the last time a piece of theater moved me to tears like American Song.

The Rep wanted to tell a story of what artistic director Mark Clements describes as an “unfortunately familiar American way of life, through the eyes of a different kind of tragic character, one with whom we hope that each audience member can in some way identify.” That tragic character is a young father, Andy, who goes off to work and later learns that his only son, Robbie, the baby he once cradled in his arms, the teenager who got good grades and beat his dad at Scrabble, committed an unspeakable act of violence that changed the “simple, productive and predictable” family life Andy and wife thought they’d have forever.
The play opens with Andy, working alone, laying stones for a wall. He’s actually piecing together his life for us to see. He wants somebody to talk to – that’s where we come in as an audience. Andy talks about the anxieties attacking him in the dark of the night – that’s something with which we can all identify. He wonders if he could have done better as a parent. He asks if he got the life he earned. And now that he has our ear, Andy takes us on the journey of his life: meeting his wife, Amy, in elementary school, the birth of their son, Robbie, and what it was like to make a “profound connection with another human being.” Andy remembers what it was like to feel each other’s heartbeats, and to look into each other’s eyes. He tells us that wife Amy was a victim of a mugging, and that his son had nightmares afterwards. You can provide comfort to a kid, Andy admits, but you just don’t know… Robbie would come home after school to an empty house when his mom wasn’t home, but never complained.
Among his sometime humorous reflections, Andy bravely edges closer to the tragedy by revealing the challenges of raising a child: you have to let go; they will be who they will be. They are unto themselves, there’s nothing you can do about it.
And then Andy tells us about the day his home was turned into a crime scene. What if this isn’t really happening, he remembers asking himself after hearing the tragic news. “Our life was over,” he recalled. “I never saw a monster. I saw my son…”
At the heart of this powerful, one-character play is James DeVita, billed by The Wall Street Journalas “America’s finest classical actor.” DeVita delivers a mesmerizing, tour-de-force performance that will never be forgotten by those who witness it. As Andy, DeVita captures the tough shell with which the grieving father protects himself, and the deep, everlasting pain bubbling beneath the surface. DeVita’s performance is so real, so painful, so penetrating that you want to reach out and console him as you would a best friend.
American Song is provocative, daring theater that is not to be missed.
American Song, directed by Mark Clements, plays through April 10 in the Milwaukee Repertory Theater’s Quadracci Powerhouse at 108 E. Wells St., in the heart of the city’s downtown theater district. For tickets visit www.MilwaukeeRep.com or call (414) 224-9490.