Milwaukee Rep’s A CHRISTMAS CAROL Brings Joy To The World 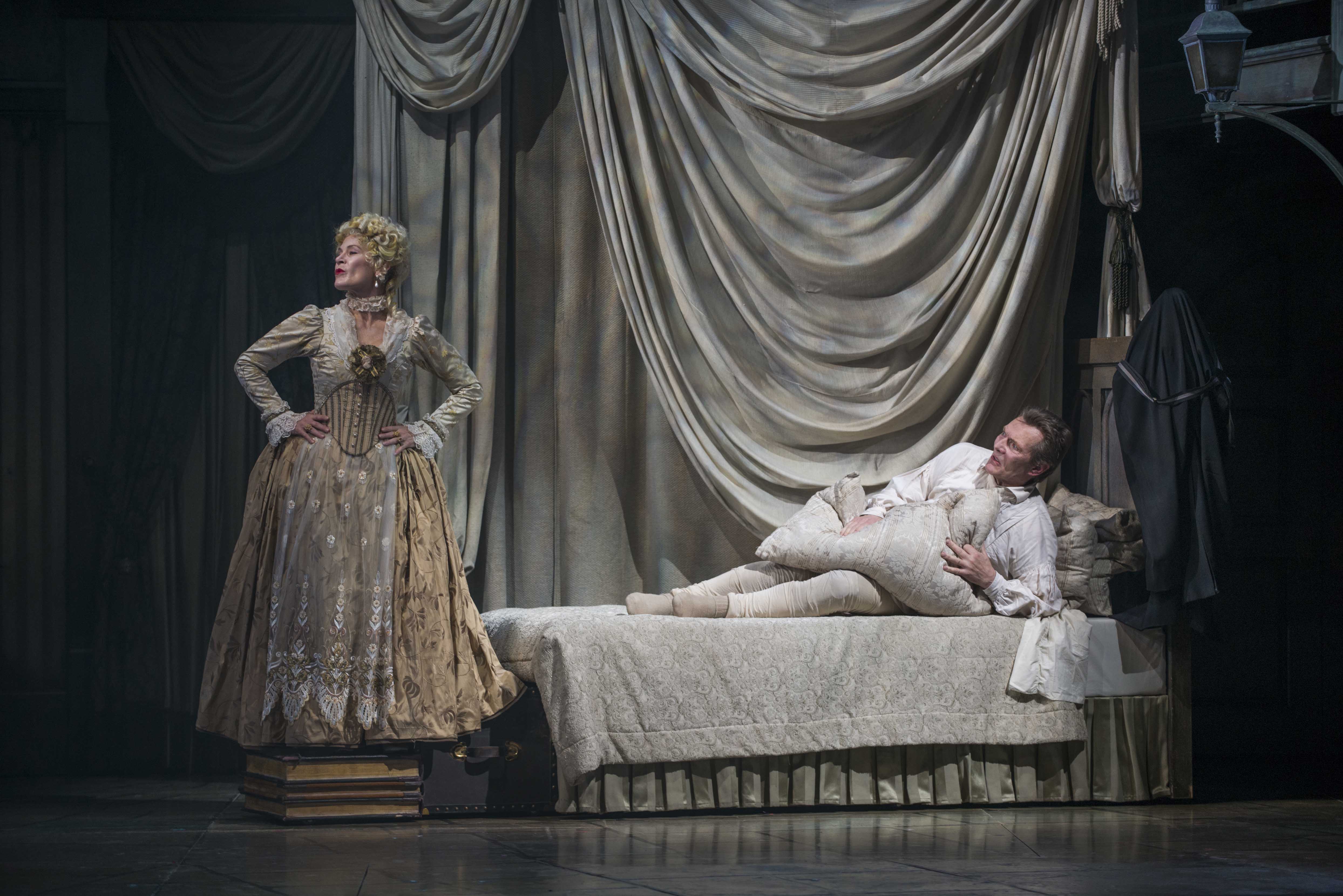 I got my first gift of the holiday season when I attended the opening night performance of A Christmas Carol, staged by the Milwaukee Repertory Theater in the historic wonder of the Pabst Theater.  I admit to feeling a little down upon entering the theater but by show’s end it was impossible not to be as deliriously happy as Ebenezer Scrooge, and not to join the cast in the singing of “Joy to the World.”  The Rep’s production of Charles Dickens’ classic yuletide tale is an infectious outpouring of joy to behold, like that beloved snow globe that’s fascinated you since childhood.

For the second consecutive year veteran Milwaukee Rep actor Jonathan Smoots scores a triumph as Scrooge, the man who goes from calling Christmas “legalized extortion” to being thrilled beyond words at getting a second chance at life after having lived through Christmas Past, Present and Future.  So moving and convincing is his performance that when Scrooge enters a church at story’s end to the singing of “Hark the Herald Angels Sing,” you suddenly realize that “the newborn king” mentioned in the song could be Scrooge himself.

The only negative aspect of this production of A Christmas Carol is the dialogue – it’s a bit draggy at times, making the audience restless; some of the actors could punch up their lines with a little more emotion.  But the show more than makes up for this problem with its superb use of special effects and joyous blend of song, dance and humor.  The cast’s participation in changing props from scene to scene adds to the good cheer emanating from the stage.

Milwaukee is a tradition-rich city, and The Rep is a big-time contributor to our city’s love of tradition with its annual production of A Christmas Carol, this year celebrating its 40th anniversary in Brew City.  The Rep also deserves a round of applause for continuing to bring a contemporary edge to A Christmas Carol by casting African-American actors in major roles in the production, like Bethany Thomas, an award-winning actress from Chicago who effectively portrays the Ghost of Christmas Present, and Chike Johnson, cast as Jacob Marley, who has performed at Chicago’s Court Theatre and Steppenwolf.

Playing the Ghost of Christmas Future is Martin Hanna, who was born in Iraq and has lived in Chicago for 13 years.  And a member of the ensemble, Jared Davis, plans on moving to Chicago to pursue an acting career.

The Milwaukee Repertory Theater’s 40th anniversary edition of A Christmas Carol is a heartwarming holiday gift to be cherished.  It runs through Dec. 24 at the historic Pabst Theater, 144 E. Wells in downtown Milwaukee.  For tickets visit www.MilwaukeeRep.com or call (414) 224-9490.