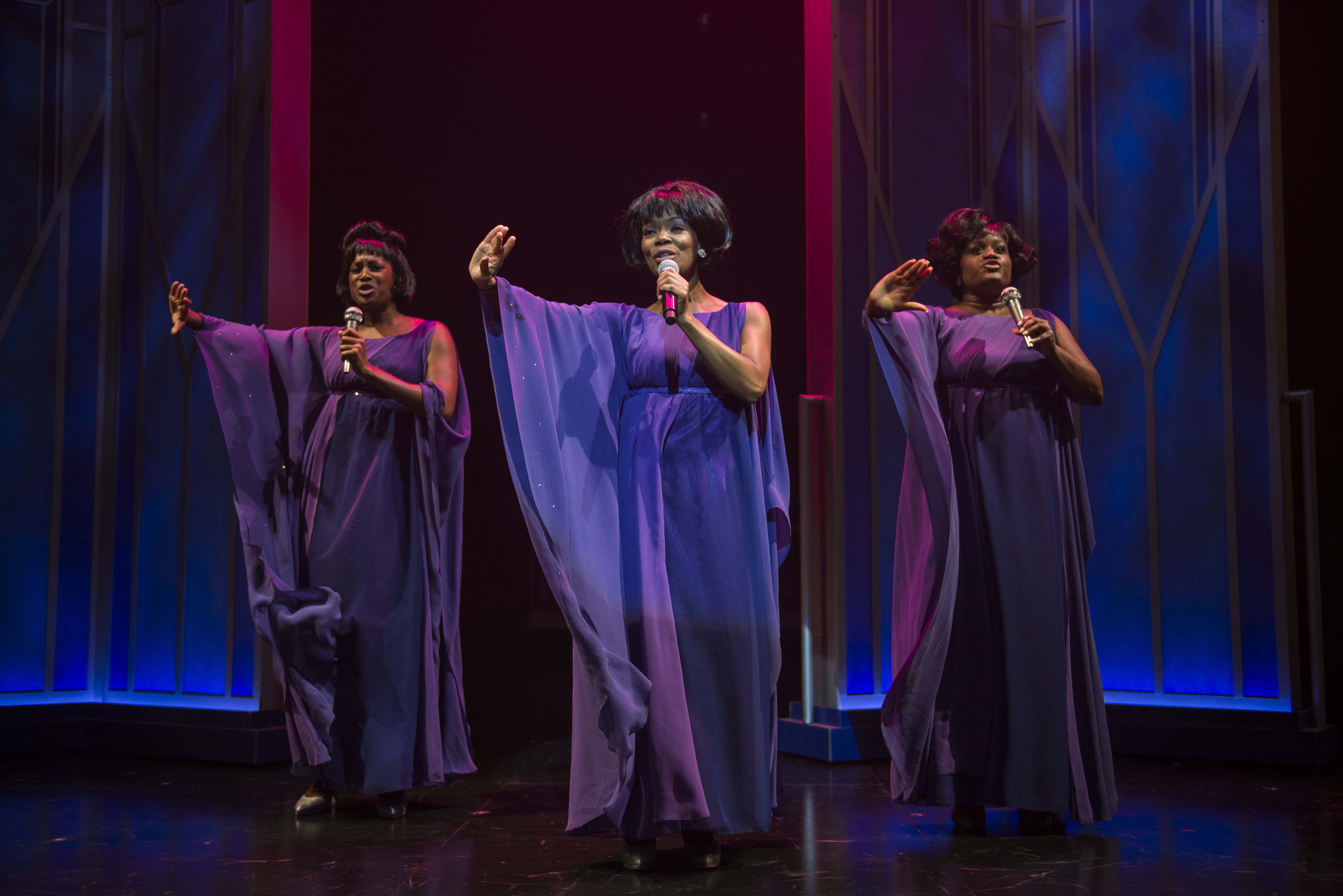 Hey Chicago, Milwaukee is on fire this fall.  I encourage to you come feel the heat generated by the Milwaukee Repertory Theater’s much-anticipated season-opener, an electrifying production of the Tony Award-winning musical Dreamgirls.

This show, staged in the intimate Quadracci Powerhouse nestled in the heart of downtown Milwaukee, comes alive with so many powerful performances and songs, not to mention dazzling costumes and sets, that it leaves you wanting more as you exit the theater.  This Dreamgirls is the stuff dreams are made of – only in this case, the dream actually comes true for theatergoers.

For starters, you can credit Mark Clements, the Rep’s artistic director and director of Dreamgirls, who wisely reunited his production team from his two previous triumphs, Ragtime and

The Color Purple, to bring to life this story about the rise and fall of a 1960s-era African-American three-girl singing group called the Dreamettes (that may or may not have been inspired by the legendary Diana Ross and The Supremes). With this production of Dreamgirls, Clements enhances his status as dean of Milwaukee theater artists.

The cast Clements assembled is amazing, to say the least.  First, there’s the gifted but hard-luck Effie White, played to the hilt by Nova Y. Payton.  From the time Effie is edged out as lead singer in favor of charismatic Deena, played by Trisha Jeffrey (an award-winning actress in Chicago), to the end of the show when Effie is determined to keep the song that’s rightfully hers, the audience is rooting for her.  This is because Payton makes her character real.  We feel Effie’s pain.  Payton brings down the house by singing an emotionally charged rendition of “(And I’m Telling You) I’m Not Going.”

Then there’s Cedric Neal, nearly stealing the show as Jimmy “Thunder” Early, a dynamic performer backed by the Dreamettes, but a complicated man.  Nevertheless, his antics on stage and his interaction with the audience are hilarious and unforgettable.  Neal won the 2013 prestigious Helen Hayes Award for his portrayal of Jimmy, and he easily repeats his brilliance in Milwaukee.

Jared Joseph is believable as the calculating Curtis Taylor, Jr., the man who manages The Dreamettes.  Trisha Jeffrey is memorable as the determined Deena, who wants to make it on her own as a movie star, and Dan’yelle Williamson is riveting as Lorrell, the other Dreamgirl, holding the audience spellbound as she reclaims her life by breaking off her relationship with the troubled Jimmy.

This production of Dreamgirls is also a technical triumph.  The show boasts 200 separate costumes, 35 wigs and 76 pounds of sequins – all of which play a key role in transporting performer and audience member back to the concert scene of the ‘60s and ‘70s.

The Rep’s production of Dreamgirls erases any doubt that may have existed that Milwaukee theater doesn’t play in the big leagues.  It does.  Come to this show and see for yourself.